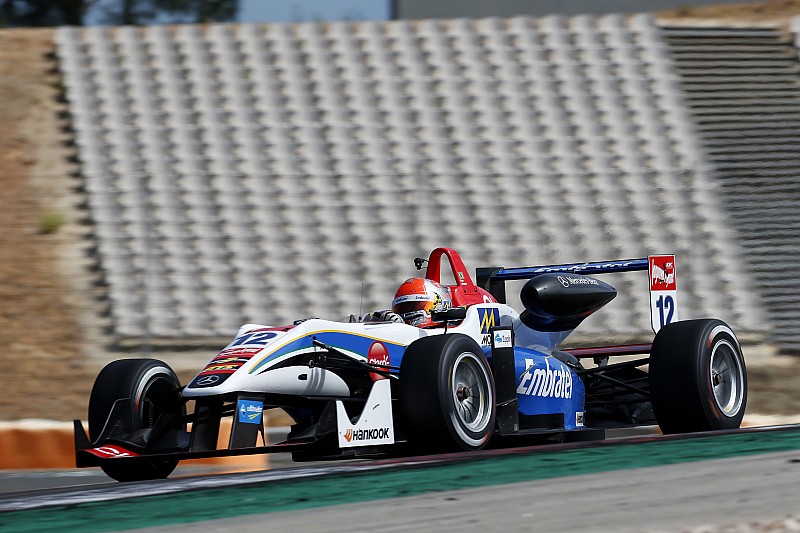 Fortec Motorsport is to return to European Formula 3 for this weekend’s round at the Hungaroring as a launchpad to competing in the FIA’s new International F3 in 2019.

Fortec, which has been absent from Euro F3 since the end of the 2015 season [pictured above], will run a single Dallara-Mercedes for Romanian driver Petru Florescu.

The 19-year-old Florescu switched to Fortec in the middle of last season’s Euroformula Open, and started the 2018 campaign with the squad, taking a pole position at Estoril.

He has now gained extra funding and plans to complete the season in Euro F3, in which he contested a pair of late-season rounds in 2017 with Motopark.

Fortec boss Jamie Dye told Motorsport.com: “We always wanted to be in Euro F3 – it’s just that the domination of the other teams running four, five or six cars took us out of the water.

“We tried to come back last year, but entered Euroformula Open [which uses the same current-generation Dallara F3 chassis] and built on that.

“The plan is to get back into F3 now and to be on the grid next year with the new F3 car.”

Dye added that Florescu should be able to post decent performances once he has got to grips with the series.

“Petru has shown signs of good speed – he’s been there or thereabouts in Euroformula," he said. “We’re not expecting to go out there and be on the podium, but we’ll be taking steps in the right direction.”

Fortec sold off all its Euro F3-spec cars, and has acquired an ex-Hitech GP Dallara for Florescu. The team also plans a second entry later this season.

“We’re trying to do a second car,” said Dye. “We’re only operating on a step-by-step basis, so if someone puts some money down we’ll take it a step further.”

Has the new Norris already emerged?