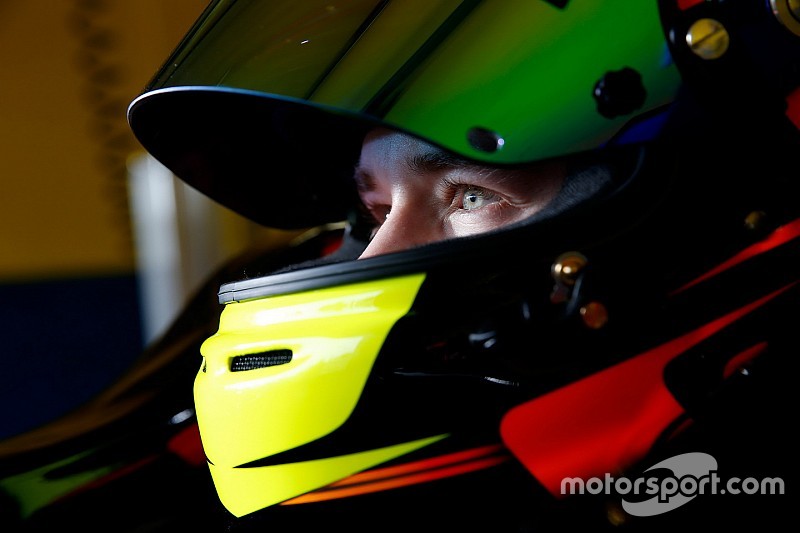 Former Red Bull junior Callum Ilott admits it was a "tough ask" to follow in the footsteps of Max Verstappen in the European Formula 3 championship in 2015.

Verstappen took the FIA F3 series by storm in 2014, picking up 10 wins and 16 podiums to finish third overall in what was only his first season in single-seater racing.

The Dutchman was hired by Red Bull midway through 2014 and, for the year after, it sponsored a similar karts-to-F3 move for Ilott, who would go on to end up 12th overall in the 2015 campaign.

“It was always going to be a tough ask to follow the progression of Max [Verstappen],” Ilott told Motorsport.com.

“But this is the level drivers will need to reach if they are to challenge for a place in an F1 set-up - assuming they are not able to buy themselves a seat.

“Max has understandably become a kind of benchmark, but his introduction to, and preparation for, single-seaters was very different from mine."

Despite improving late on in 2015 and scoring a maiden podium at the Nurburgring, Ilott wasn’t retained by Red Bull for this year.

“I will always be grateful to Dr [Helmut] Marko for backing my season and pushing me to go straight from karts to F3,” he said.

“To be part of the Red Bull Family in 2015 has been a privilege and given me a challenging but exciting introduction to racing.”

“For me, my first year in car racing was all about learning, pushing for the best results and doing the best job I could to learn quickly and deliver the level of performance Red Bull expect from all their drivers - rookie or otherwise.

“I was the first driver Red Bull selected to move straight from karts to F3, and it was a great learning experience, whatever the outcome.”

When asked if he feels more relaxed without the Red Bull pressure, he said: “I am confident in my own ability and relaxed, whether being on my own or being backed by someone.

“At the end of the day, someone is always backing you and, most importantly, you need to back yourself."

Having switched from Carlin to Van Amersfoort Racing - Verstappen's former team - for his second F3 season, the British teen feels he can make a big step up in 2016.

“VAR is making a significant effort to be even more competitive and it is good opportunity for me to experience working with a different team,” he said.

“The car has already improved and I know there is no shortage of commitment to be competitive.

“Prema has shown they have the strongest car over the past few seasons and in Felix [Rosenqvist] last year they had a very experienced F3 driver supporting the whole team.

“The paddock is taking on the challenge, working hard and keen to make this year's results different.

“It will be interesting to see where we stand after the first few weekends. I am confident that wins are possible, hopefully alongside a battle for the championship."

Hard to compare Mercedes and Volkswagen

For 2016, the VAR team has changed its engine supplier from Volkswagen to Mercedes.

The latter's engines will be new to Ilott, who raced a Dallara-Volkswagen for Carlin last year.

“It is difficult to say which engine is better until we have raced, but I have noticed a couple of very subtle differences," he said.

“I finished all 33 races in 2015, showing great reliability with Carlin and Volkswagen. I hope to see the same reliability this year with VAR and Mercedes.”