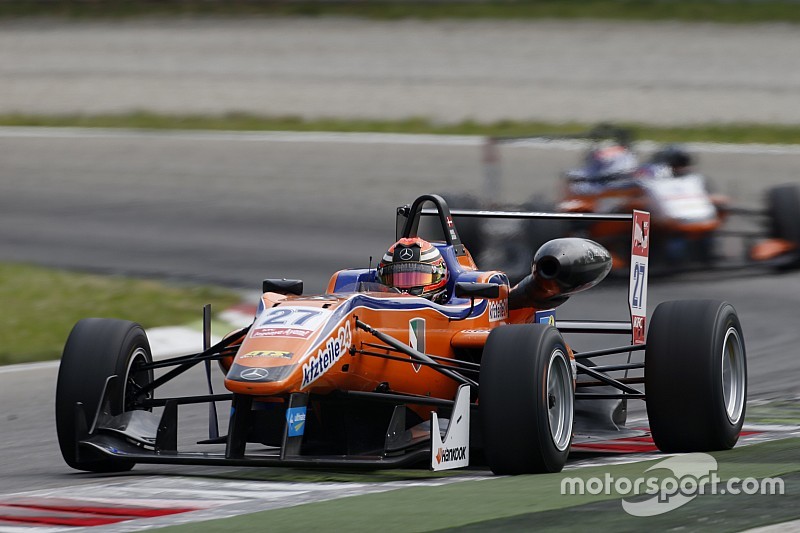 Mikkel Jensen will start the second European Formula 3 race of the weekend from pole position after a superb display in a wet qualifying session at Spa-Francorchamps.

In the dying moments of a session punctuated by two red flags, the second of which brought an early halt to proceedings, Mucke driver Jensen surged to the top of the timesheets on a 2m13.707s, the best of a late flurry of improvements at the Belgian track.

The Dane will be followed by a trio of Prema drivers, with Brandon Maisano lapping within 0.079s of Jensen to go second ahead of erstwhile pacesetters Lance Stroll and Felix Rosenqvist.

Sam MacLeod, another late improver, will line up fifth on the unusual-looking grid for the second race ahead of Pietro Fittipaldi, Jake Dennis, whose second quickest time was good enough to secure pole for the third race ahead of Jensen and Maisano.

Santino Ferrucci, Dorian Boccolacci and Sergio Sette Camara round out the top 10 for the second race grid, ahead of Markus Pommer, who lines up in fourth for race three.

Charles Leclerc had registered a time good enough for third overall, 0.224s behind Jensen, but it was disallowed because it was set fractionally after the second, the session-ending red flag caused by Callum Ilott was shown.

That means the Monegasque driver will start down in 13th, one place behind title rival Antonio Giovinazzi.

Meanwhile, Alex Albon will start from the back of the grid after failed to set a time at all, having been the cause of the first red flag, one place behind Tatiana Calderon, who spent the bulk of the session in the pits and set only one representative lap time.