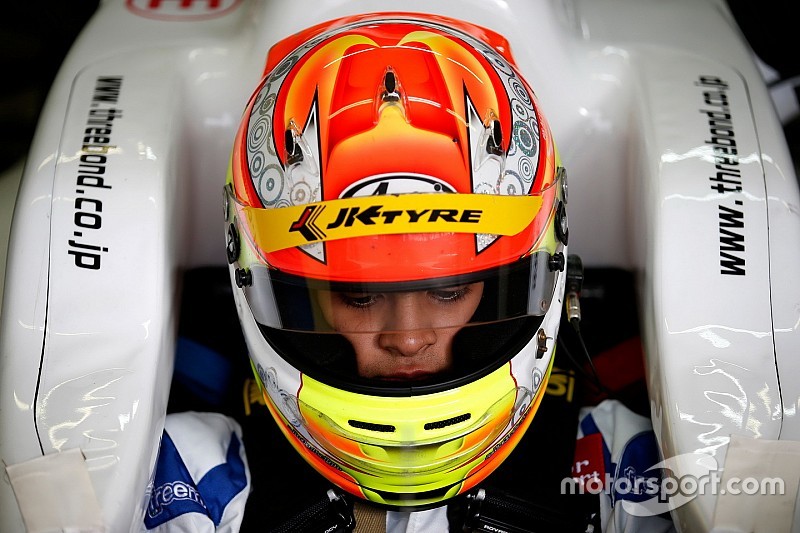 Sophomore European F3 driver Arjun Maini says that he will do his best to help his new T-Sport team return to the top step of the podium.

The Threebond with T-Sport squad is yet to score a win in FIA's re-branded European F3 series, albeit it did pick up five podiums courtesy of Alexander Sims.

It also used to be a major force in the British F3 series, with current Formula 1 driver Sergio Perez taking four wins for T-Sport in 2008.

And Indian Maini - so far its sole confirmed driver for the 2016 campaign - thinks he can help the team move back up the order in F3.

"T-Sport is a good team with a lot of experience and, just like myself, they have not been getting results really," said Maini to Motorsport.com.

"So both the team and myself are 100% committed on getting back to winning ways, the atmosphere within the team is amazing. We all want to win."

Last year the British team scored no points during the campaign, although sole driver Julio Moreno did salvage a fastest lap at Red Bull Ring.

At the same time, Maini, in his first year with Dutch team Van Amersfoort Racing, finished ninth in the rookie standings.

For 2016, T-Sport is hedging its bets on the new Tomei engine, having used it in the Macau Grand Prix last year. "The Threebond engine is a very good as was proven in Macau," Maini said.

"And we are strong in a straight line. I think they have done a fantastic job on the engine and again they are determined to make it better."

Maini, who is coached by former Formula 1 racer Karun Chandhok, added that the reason for switching from VAR to T-Sport was to gain more experience.

"Its been going quite well so far and I am really enjoying my time with T-Sport and getting along well with everyone in the team.

"I just wanted to try something different. I learned a lot from Van Amersfoort Racing last year.

"And I think, at a young age, it is important to try different things to get more experience so that the learning curve is just more complete."

Having taken runner-up in BRDC F4 in 2014, Maini feels he has matured as a driver after a tough season last year.

"[I am] definitely a lot more prepared than last year and, because its my second year, I know what to expect," he said.

"I've been pushing very hard on my fitness from last year and have been spending a lot of time with my engineers.

"I've made changes in terms of preparation for the weekend. In terms of driving, there are a lot of things that I have taken away from 2015.

"And I really pushed to correct my weaknesses during pre-season testing. And also I am just more experienced now."