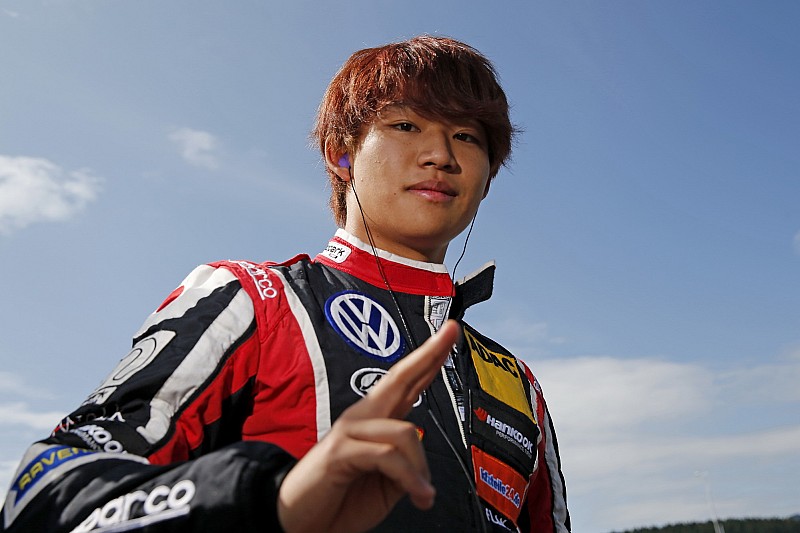 Marino Sato will stay with Motopark for a second European Formula 3 season, it has been announced.

Sato, 18, spent his maiden season in the series with the German outfit last year, but only managed to score one point at the Red Bull Ring.

He ended the season 19th overall, with teammate Keyvan Andres Soori the only full-timer he beat.

"I’m glad to get another crack at F3 with Team Motopark", said Sato. "I learnt a lot in 2017 and feel much more ready for the championship now.

"This is one of the key reasons why I opted for Team Motopark in the first place, and it has proved right ever since.

"The team is not only spot-on during race weekends, but more than that, they offer a great teach-and-learn scheme in-between races, be it in the factory, on the DIL or through video and data analysis, or by way of a very effective testing programme.

"I wanted to learn as much about Formula Three as I could in my maiden year, and in Team Motopark, I found the best possible teachers."

Motopark team boss Timo Rumpfkeil expects Sato to feature in the top 10 on a regular basis in 2018.

"We expect him in the top 10 regularly, with potential for more on various occasions," he said.

"We all knew it [2017] would be a tough year but Marino learnt his lessons fast and well; the points scored in Austria show how steep and yet successful his learning curve was.

"We backed that up with an extensive testing and preparation programme in the autumn and winter of 2017; Marino will hence start next season on a much higher level."

Motopark has been in European F3 since 2015, and the squad enjoyed its strongest season yet in 2017 with runner-up Joel Eriksson, who won seven races and claimed 14 podiums.