Can any of this year's crop of European Formula 3 rookies emulate Lando Norris and snatch the title, or is it time for one of the veterans to shine? Motorsport.com's expert panel offer their predictions for 2018.

VK: Zhou, affectionately nicknamed 'Joe' since his karting days, has team continuity on his side and will certainly scratch off that maiden F3 win milestone this year. Now in his third F3 season, he needs a big year if he's to justify Ferrari's continued backing.

DG: For the 17-year-old rookie to take control of Prema’s five-car assault will be a massive challenge, but it’s no coincidence he became a Ferrari junior at the age of 16. Armstrong is the next talent New Zealanders can truly get excited about.

PH: Daruvala’s Norisring victory marked his arrival in the series last year. But he failed to kick on significantly, scoring regular points – and reaching the flag of each race – but not seeing the podium thereafter. Daruvala should be looking to step it up a notch in 2018.

JK: Macau’s ultimate ‘have-a-go hero’ is well-placed to lead Carlin’s charge in 2018, although teammates Daruvala and Fenestraz will no doubt be nipping at his heels. 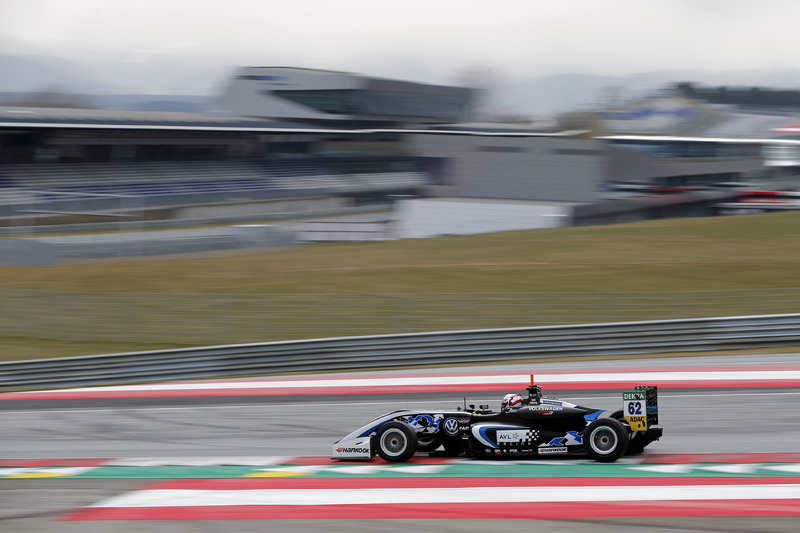 MS: He is a superb racer and testing suggests that he has sorted out his anodyne qualifying form, but it would take a quantum leap from where he was last year for Schumacher to be right in the thick of a title fight.

JK: His Prema boss reckons he’s a different driver this year after a relatively muted campaign – and testing form suggests Schuey Jr has indeed made a big improvement. But beating Aron in the same team will be a tall order.

DG: Considering the astronomical pressure he was put under during his rookie F3 season, it was understandable Schumacher was somewhat underwhelming in 2017. But this year is when it really counts for the German, to show whether he is F1 material or not.

BV: Schumacher's 2017 campaign was underwhelming compared to his Prema teammates, but he was the only rookie in the team. At this stage, it is impossible to claim Mick's got the same talent as his father, but he's quick and should do better this season. 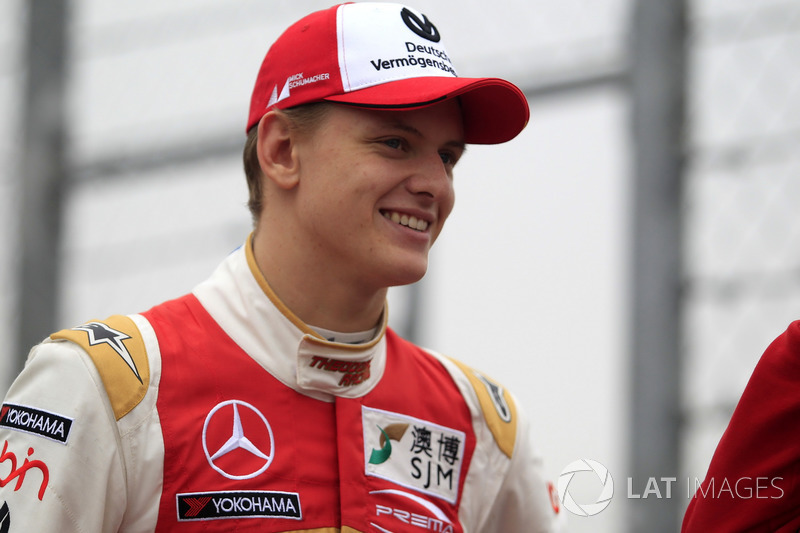 MS: From the same management stable as Lando Norris, Fenestraz is following his predecessor as Formula Renault Eurocup champion with Josef Kaufmann Racing by lining up at Carlin. He's mega at Pau so he'll win there, but may just fall short in a challenge for the title.

DG: Last year, Norris joined Carlin as the reigning Eurocup Formula Renault 2.0 champion and proceeded to become F3 champion. Fenestraz will attempt to emulate the Briton and his impressive Macau performance, as well as points on his F3 cameo last year, suggests he is ready to do so.

BV: Fenestraz's career truly is taking off on the back of a title-winning campaign in Formula Renault Eurocup. The Franco-Argentine racer has joined the Renault Sport Academy, got his first taste of an F1 car in a demo run and will certainly lead the Carlin team.

PH:  Fenestraz effectively steps into the shoes of reigning champion Norris and his CV suggests he will swiftly adapt to the series, performing well during his one-off 2017 appearance and at Macau. He should have enough to fight for podiums and victories, at least. 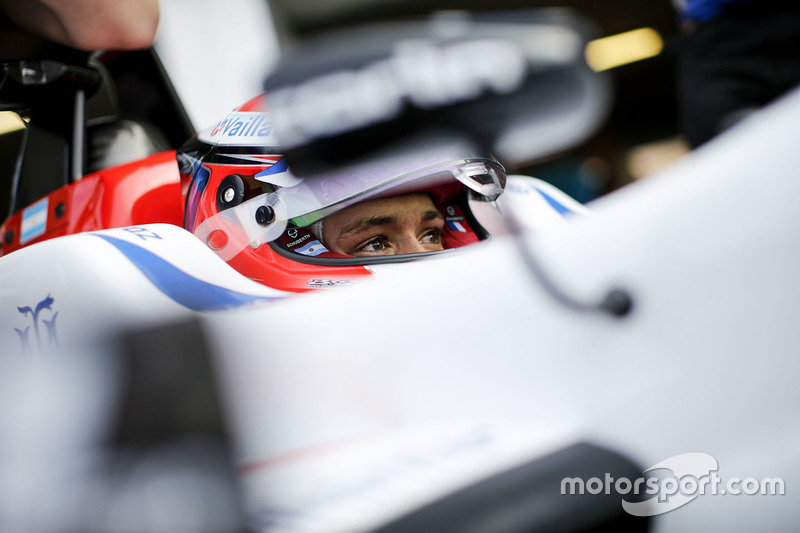 MS: The underrated and underfinanced Catalan will undoubtedly lead the charge of Hitech GP. He has a lot of experience now, but not in this series, and with two inexperienced teammates it will be tough to be a force at every round.

VK: F3's pre-season is often not terribly indicative of how the season will shake up, but Palou's strong testing pace has swayed me anyway. The Spaniard has long looked a driver with lots of as yet-unrealised potential – and Hitech is a strong enough team to keep him in the mix.

DG: Everywhere Palou goes, he shows he is a massive talent. The chronically underfunded Spaniard went from Japanese F3 through Formula V8 3.5 to F2 last year, and now he has landed a seat in European F3. Finally, a proper chance for Palou to launch his career.

BV: In the last few years, Palou has shone but has never quite managed a full season with consistent results. He's a much better all-round driver now, and although it's a little quaint seeing him race in European F3 after racing in F2 and F3.5, he's got the talent to make it work with Hitech.

MS: His brilliant Macau GP win notwithstanding, there are still question marks over whether Ticktum can put together a sustained title attack. Ditto his team Motopark. That's why he may stumble over 30 races, although it would be no surprise if he won the most races.

JK: He may be a rookie, but he’s already a Macau Grand Prix winner and was also mightily impressive in his late-season GP3 cameos for DAMS last year. Plus, Motopark proved last year it can be a title threat with the right driver spearheading its charge.

VK: Probably the most obviously talented driver on the grid, and a virtual shoo-in to succeed Joel Eriksson as Motopark team leader. But the German outfit's form did noticeably trail off as last year went on, so his title hopes could depend on the team making a step forward.

BV: Ticktum's amazing story is now well-known, from a year-long race ban to winning the Macau Grand Prix, as well as joining the Red Bull Junior Team. His pace was really good in testing, so the McLaren Autosport BRDC Award winner is an obvious contender for race wins or even the title.

PH: Ticktum’s rapid development has earned him the trust of Red Bull and in F3 he should be well-placed to emerge as a regular front-runner, though his prospects could also depend on Motopark ironing out the issues that compromised the chances of predecessor Eriksson. 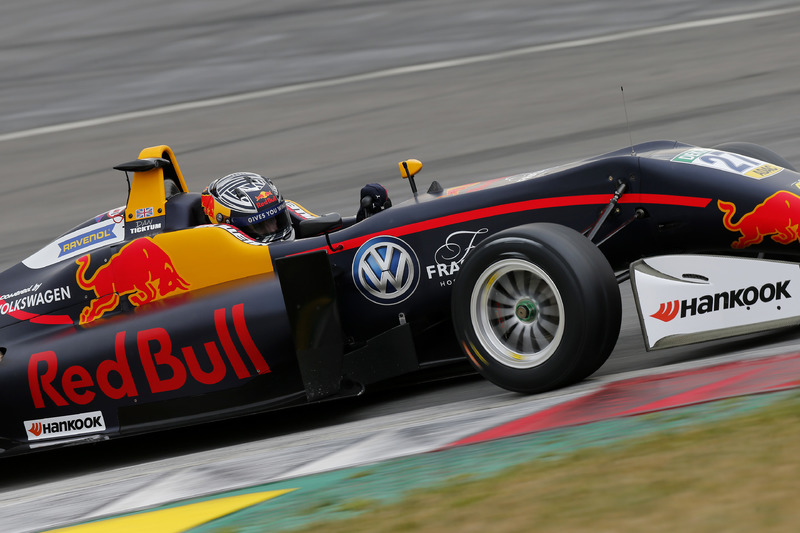 MS: I've just got a hunch that, after a year 'abroad' at Hitech where he was super-fast but struggled to get his sectors together in qualifying, Aron will flourish on his return 'home' to Prema. He's a decent racer too, and now he has the experience.

JK: A surefire contender in his third year of F3 and second at Prema. But a seat with the Italian squad is no longer the rock-solid guarantee of success it was – just ask Maxi Gunther or Callum Ilott.

VK: Prema's best hope on paper - but the Italian team no longer enjoys the kind of advantage that would make an experienced driver like Aron an automatic title favourite, and his 2017 challenge was in the end rather underwhelming.

BV: With a wealth of European F3 experience and no shortage of talent, Aron is a clear favourite for the season, especially as he's back at Prema. The 20-year-old Estonian has everything he needs to put an end to a quite surprising 56-race winless streak.

PH: Aron will be a relative F3 veteran this season and returning to the Prema fold, after a year with Hitech, will ostensibly boost his chances. He obtained promising results in FRenault and F4 – and it’s high time to produce such displays at this level. 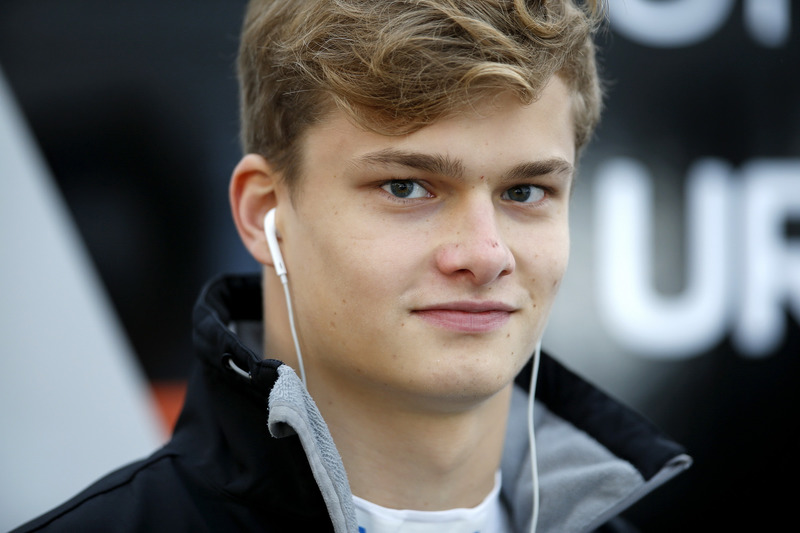 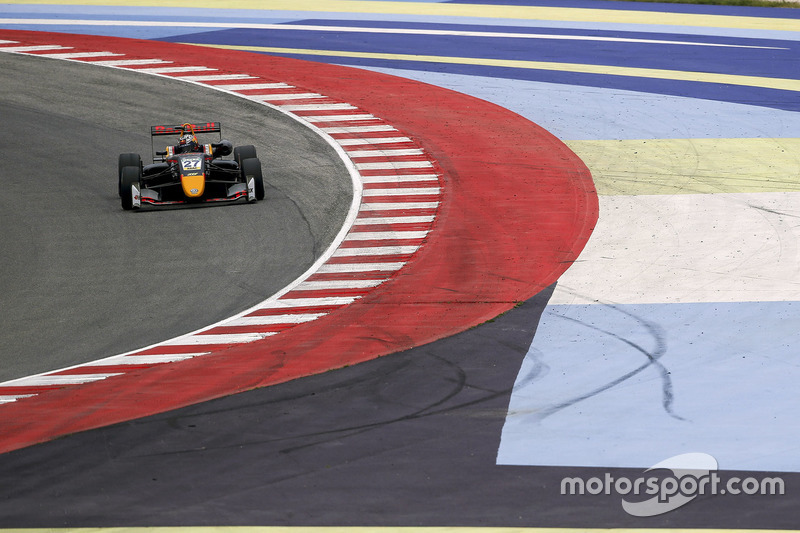 Fenestraz to make US racing debut at Lime Rock