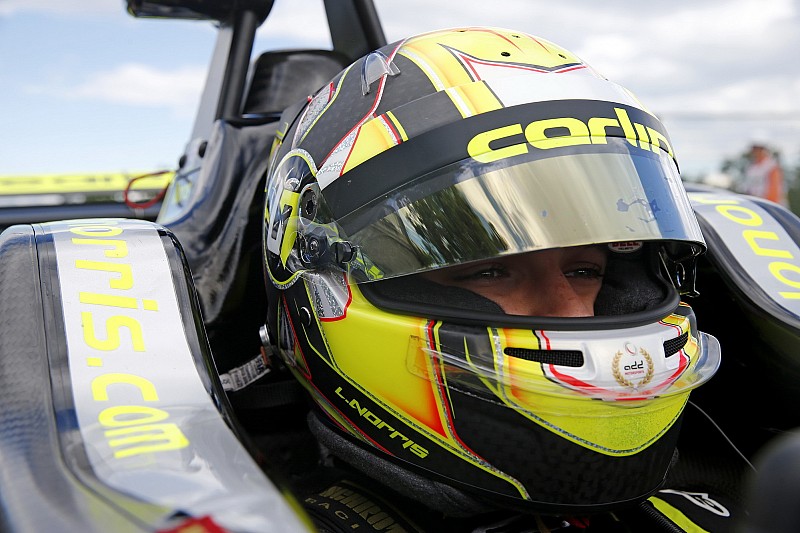 McLaren-Honda protege Lando Norris has been promoted to third place in the final race of the Formula 3 European Championship weekend at the Hungaroring after stewards decided to penalise Guan Yu Zhou.

Ferrari junior Zhou took the position on the road, but the Chinese racer cut the Turn 6/7 chicane on the penultimate lap while fending off an attack from Carlin star Norris, who was alongside to the inside.

Zhou stood on the podium and went to the press conference as the third-placed finisher, but the officials moved the Prema Powerteam driver down to fourth afterwards with a five-second penalty.

:It would have been nice to have it on the track,” said Norris, who spent most of the race challenging Zhou.

“Our pace was really good I thought, but you lose a lot of time when you’re following another car so closely.

“I was confident that if I’d got ahead I could have closed on Callum [Ilott, who finished second] – the team have done a great job but I haven’t been driving well for some reason.”

Of the incident, Norris told Motorsport.com: “Out of Turn 4 you pull over to the left for Turn 5, but he dipped a wheel on the grass and he ran wide, and that allowed me to get to his inside.

“That lap I was actually going to slow down and do a fast lap to see what the car could do, because he hadn’t made any mistakes – I’m glad I decided to stay close instead because it paid off!”

Zhou said: “The whole race it was really difficult to keep Lando behind, especially the last five laps – I think he had a bit more pace than us.

“Into Turn 6 I was in front as we went on the brakes, and I decided to go to the outside.

"I tried to make the corner but then I realised if I did he would crash into me, so I decided to go wide otherwise we both wouldn’t have finished.

“I didn’t gain any advantage.”

Norris’s promotion means that although he remains fourth in the points, he is just 25 behind championship leader Joel Eriksson, with Maximilian Gunther 20 in front and Ilott four ahead.

Where are Indians racing this weekend (June 30 - July 2)