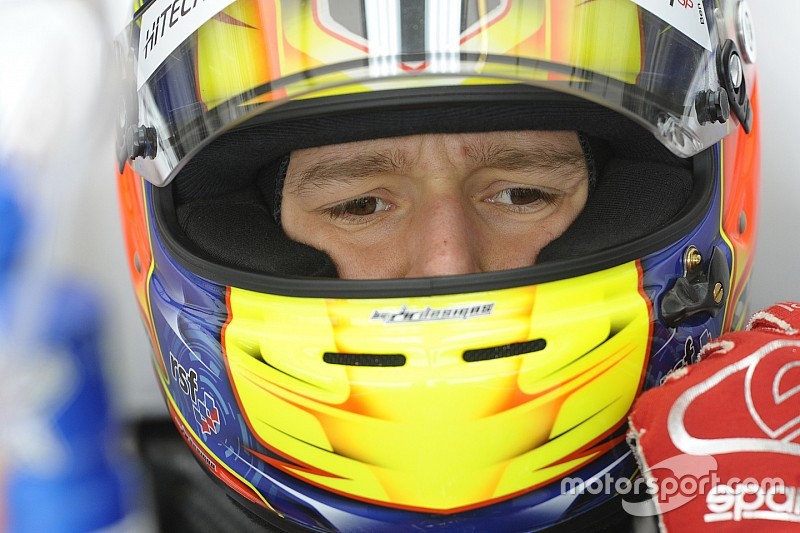 European Formula 3 rookie Ben Barnicoat scored his second consecutive victory in the series as he controlled a wet first race of the Pau weekend.

Promoted to the front row by a host of penalties, Barnicoat stormed into the lead off the line as poleman Lance Stroll bogged down massively.

Points leader Maximilian Gunther moved up to second, but had no answer for Barnicoat's early pace in the rain, the gap between the two growing with each lap until it settled at around six seconds.

And then it was gone in an instant, Carlin's Peter Li Zhi Cong crashing out on lap 8 and bringing out the safety car.

However, instead of challenging Barnicoat at the restart, Gunther fell prey to teammate Nick Cassidy, the Kiwi pulling off an audacious move round the outside before Turn 1.

In the second part of the race, Cassidy would not let Barnicoat escape quite as easily, but the Briton maintained his pace and ended up comfortably ahead by the chequered flag.