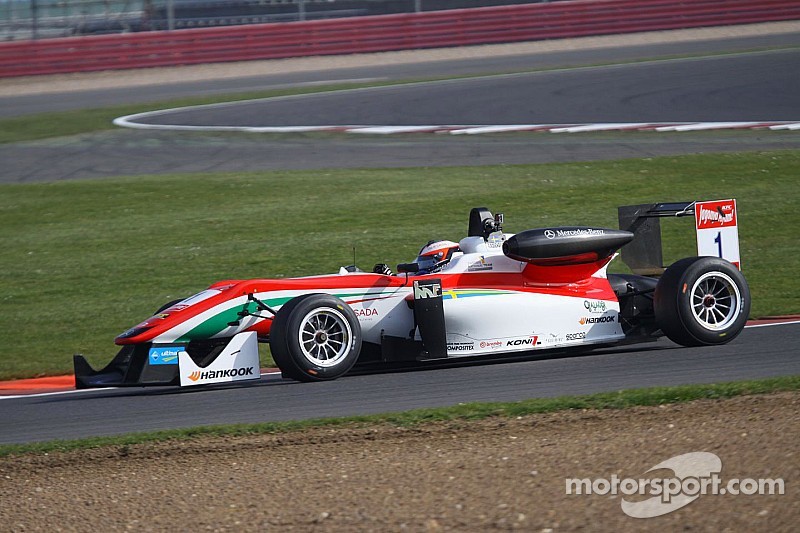 Prema Powerteam’s Felix Rosenqvist will start from pole position for each of the first three races of the European Formula 3 season at Silverstone after dominating both of Friday’s qualifying sessions.

The veteran Swede was the driver to beat in the first 20-minute session, when he beat fellow F3 returnee Antonio Giovanazzi to pole in race one by just over quarter of a second as the pair’s younger rivals got bogged down in traffic.

Rosenqvist set his best time of 1m51.007s with around five minutes to go, an effort that would remain unbeaten, before Giovinazzi slotted into second with a time 0.267s slower.

Van Amersfoort driver Leclerc was Rosenqvist’s nearest challenger in the second session, but the Monegasque driver narrowly lost out on race two pole as Rosenqvist came in with a 1m51.087s in the closing stages to deny his rival by just 0.061s.

With the race three grid determined by second fastest lap times, Rosenqvist’s earlier provisional best time of 1m51.198s was enough for him to take a clean sweep of poles, with Leclerc once again joining him on the front row with a second best time 0.291s down.

Russell was third quickest, shading Carlin teammate Giovinazzi by a tenth, with the positions reversed by second fastest times. Albon and Maisano secured fifth and sixth respectively for both races, with Dennis and Stroll completing the top eight.