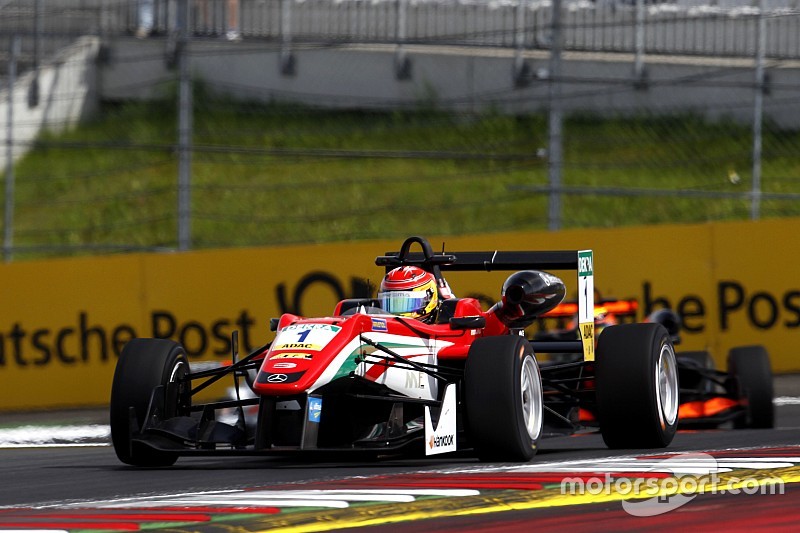 European F3 championship leader Lance Stroll has secured another lights-to-flag win in the final race of the Spielberg round.

While Stroll had a good getaway to lead off the line, rival George Russell lost a couple positions and ended up sending David Beckmann into a spin at Turn 2.

The German rookie managed to rejoin in the back of the field but the Hitech driver had to retire in the pits with damage.

A lap later, the safety car entered the track as Mikkel Jensen was squeezed out by Alessio Lorandi on approach to Remus, the Dane retiring in the gravel after contact.

Stroll and second-placed Callum Ilott quickly separated themselves from the rest of the grid on the restart, as Joel Eriksson attacked Motopark teammate Niko Kari for third.

Losing momentum at Turn 1 and bunching up the field behind, Eriksson and Kari were shuffled down the order, passed by Maximilian Gunther and Ben Barnicoat.

At the front, Stroll quickly established a safe lead and completed the race with a gap of 4.8s, as Ilott took his second podium finish of the weekend.

Beckmann recovered after his early spin to pass Nick Cassidy for 10th, but was subsequently given a time penalty for track limits.