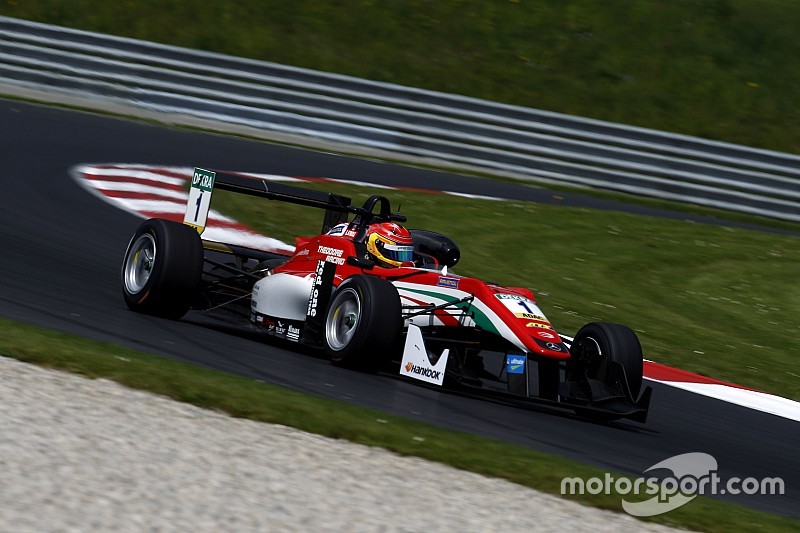 While Stroll managed to convert his pole position into a Turn 1 lead, fellow front-row starter George Russell was passed by Callum Ilott.

Following a short safety car stint for debris on track, Stroll could not pull away from Ilott for several laps.

But the VAR driver eventually made a mistake on the exit of the final turn and just narrowly kept second from Russell.

This allowed Stroll to get a lead of several seconds and, enjoying a massive pace advantage during the final stages of the race, he won by 9.9s.

The latter had to defend from the charging David Beckmann during the opening laps but the German had to ease off when he received a warning for track limits.

Sergio Sette Camara recovered after stalling on the grid to grab four points in eighth, with Alessio Lorandi and Joel Eriksson completing the top 10.

Prema duo Ralf Aron and Nick Cassidy both had to pit during the race, the former to change his front wing and the latter to retire.

Ben Barnicoat, Nikita Mazepin and Harrison Newey all served drive-throughs, the former two for jump starts and the latter for abusing track limits.