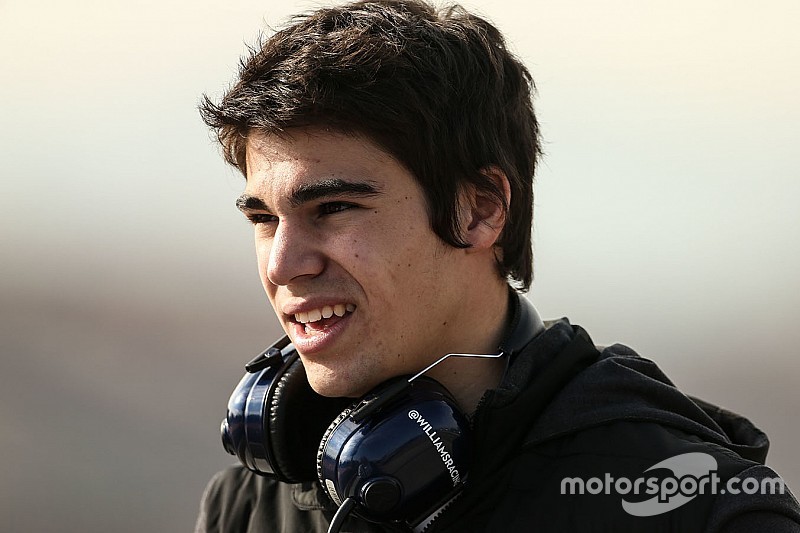 Williams development driver Lance Stroll reckons the existence of an intermediate category between Formula 4 and European Formula 3 is a welcome development.

Stroll was the first-ever FIA F4 champion after winning the 2014 edition of the Italian series, becoming the first of three F4 graduates in the European F3 scene last year.

However, amid rising costs and dwindling grid sizes, there have been moves made to revive some of the national F3 series that died out in the wake of the FIA's push to strengthen the European series.

Although Stroll made the step directly from F4 to F3 with relative ease, he nonetheless welcomed a championship between the two FIA-accredited categories that could make graduation for other drivers easier.

"I think it’s good to have an in-between championship," the 17-year-old told Motorsport.com. "I stepped up straight from F4 to FIA F3, but not all drivers are the same - some are comfortable doing that, others need an extra year in something else first.

"Also FIA F3 is extremely expensive, and it starts to get intense very quickly – it’s still a junior formula, but it starts to become more professional.

"It’s not a bad idea to have something in the middle so drivers can go that way if they want."

Stroll ended his long-term collaboration with Ferrari and joined Williams but will stay with defending champions Prema Powerteam in his second season of European F3.

The Canadian downplayed the importance of the grid losing 12 entrants over the course of a year and said the more regular-sized field will maintain the same amount of competitiveness.

"I don’t know the exact reasons why those teams left, but it’s irrelevant because every championship goes through a process of having more drivers and less drivers from one year to the next."

"I don’t think the best teams were the ones that left, and having 36 drivers last year was ridiculous with the amount of traffic in qualifying… it’s was kind of a game of luck at the end whether or not you got a clean lap.

"So there’ll be less drivers but it will still be very competitive. Missing 12 cars from last year won’t change much in that respect."

European F3 preview: Who can halt the Prema streamroller?