Will rookie Esteban Ocon secure the title as early as at Imola? 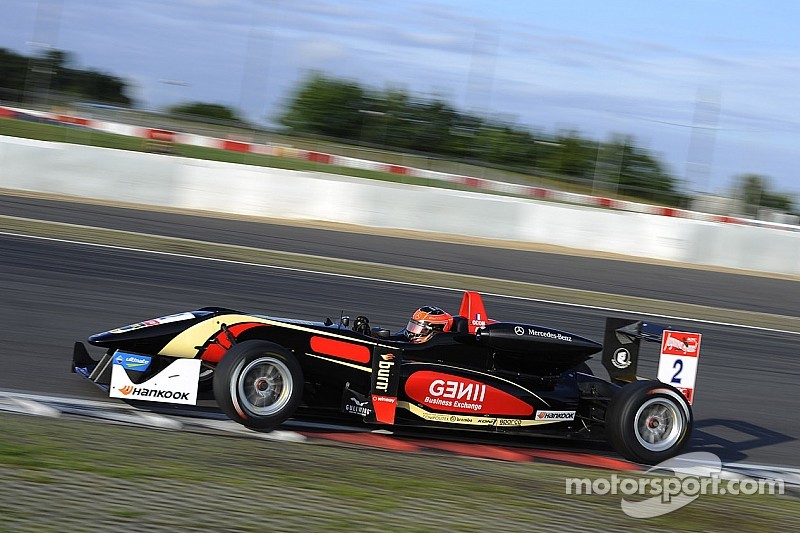 The only drivers that still have the chance of stealing the French Lotus driver’s lead are Max Verstappen, Tom Blomqvist and Lucas Auer.

For the first time in its history, the FIA Formula 3 European Championship is going to hold a race weekend at Imola’s 4.909-kilometre Autodromo Enzo e Dino Ferrari. For 18-year old Esteban Ocon (Prema Powerteam), the race meeting at the Italian racetrack represents the first chance of securing the title.

The only drivers that still have the chance of stealing the French Lotus driver’s lead are Max Verstappen (Van Amersfoort Racing) – who already has been signed as GP driver for the 2015 season – Tom Blomqvist (Jagonya Ayam with Carlin) and Lucas Auer (kfzteile24 Mücke Motorsport).

I think it’s one of the most demanding venues on the entire FIA Formula 3 European Championship calendar.

Ocon’s lead over Verstappen amounts to 77 points, Great Britain’s Tom Blomqvist follows another 10 points behind – and Lucas Auer’s gap to Ocon adds up to 119 points. With a maximum of 75 points to be awarded on an FIA Formula 3 European Championship race weekend, this means that Ocon could follow the footsteps of last year’s champion Raffaele Marciello as early as on the penultimate race weekend of the 2014 season

In addition, the grid of the Imola meeting will feature four new faces: Nick Cassidy (ThreeBond with T-Sport) already gathered his first Formula 3 European Championship experiences in 2013 and is making his comeback, now. Virtually the same applies to William Buller (Signature) who also already has got some FIA Formula 3 European Championship experience under his belt.

He will race a Dallara-Volkswagen for Team Signature who are contesting their first race weekend of the season, at Imola. Meanwhile, China’s Hongwei Cao (Fortec Motorsports) who secured the British F3 title, four weeks ago, and Brazilian Sérgio Sette Câmara (Eurointernational) are making their FIA Formula 3 European Championship debuts, this weekend.

Câmara’s team-mate is Michele Beretta (Eurointernational), one of the three Italian’s on the FIA Formula 3 European Championship grid. Apart from him, Antonio Giovinazzi (Jagonya Ayam with Carlin) and Antonio Fuoco (Prema Powerteam) also will represent the Italian colours, at Imola. The currently best-placed driver of the three Italians is rookie Fuoco. With six more races to go, the Ferrari Driver Academy protégé holds fifth position in the championship, right ahead of Antonio Giovinazzi who celebrated his first FIA Formula 3 European Championship win at the Red Bull Ring.

Antonio Giovinazzi (Jagonya Ayam with Carlin): “I’m living a five-hour ride from Imola but it’s my home race, nevertheless. I’m looking forward to all the friends and relatives that will come to see me, this weekend, and I want to provide them a good performance. On Tuesday and Wednesday, during the official mid-season tests, I completed my first Imola laps and I really like the circuit: it is demanding and you quickly can make a mistake but this also allows you to learn a lot and demonstrate your skills. I think it’s one of the most demanding venues on the entire FIA Formula 3 European Championship calendar.”

Mid-season tests at Imola to conclude the summer break

MotoGP on TV today – How can I watch qualifying for the Andalusian GP?