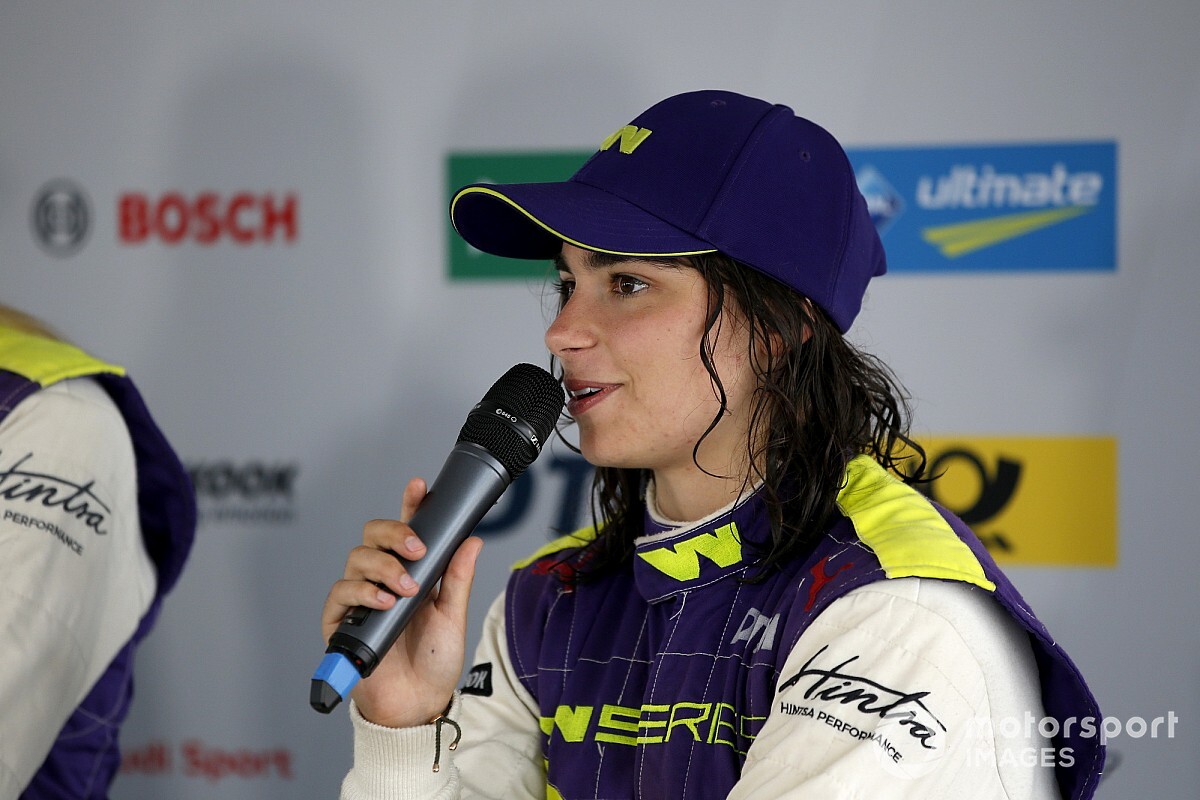 Chadwick will therefore join the team that carried Fredrik Vesti to the inaugural FRegional title in 2019 to pilot the same Tatuus chassis and Alfa Romeo turbo engine she used in W Series and in the 2019-20 Asian Formula 3 series, in which she finished fourth.

The 22-year-old will join a trio of Formula 4 graduates in the Prema line-up – Ferrari Driver Academy starlets Arthur Leclerc (the brother of Ferrari Formula 1 star Charles) and Gianluca Petecof, plus Oliver Rasmussen.

She is replacing another F4 star, Czech Roman Stanek, who was announced as a Prema driver during the winter but did not take part in last week’s two-day test at Mugello, where Chadwick drove with Prema for the first time.

Chadwick worked down to a lap time 1.897 seconds adrift of test-topper Petecof, although the Brazilian only drove on the opening day.

Her move into FRegional has come in conjunction with Rodin Cars, the builder of the Rodin FZED single-seater that is intended to bring Formula 1 levels of performance to customers.

Rodin founder David Dicker said: “The philosophy here at Rodin Cars is to make exceptional cars, which requires an exceptional team behind it. Jamie is an exceptional racing talent. We are taking a long-term view on this in fully supporting her journey as she moves up the ladder towards F1.

“We want to see Jamie flourish and hone her abilities as a world-class racing driver in competitive racing on the global stage and she is joining the Rodin family because I believe she has the skills needed to contribute to the development of the forthcoming FZERO – a car that aims to be faster than an F1 car around a track.

“Her technical knowledge and ability to communicate that back to our designers and engineers is already proven when she visited us in March this year and her contribution will be invaluable as the FZERO project continues to gather momentum.”

Chadwick added: "I am absolutely elated to be teaming up with Prema Powerteam. With such an amazing calendar, what looks to be a very competitive grid, and of course the support of the Prema team, I really cannot wait to get back racing in August.

“I am incredibly grateful to Rodin Cars and David Dicker for this life-changing opportunity, and their support in the next chapter of my racing career.”

Prema founder and principal Angelo Rosin said: “Coming from the W Series, she knows the machinery quite well and her experience will definitely be a valuable asset. We are absolutely committed and will give our 100% to help her succeed.”

The eight-round FRegional calendar kicks off at Misano on 1-2 August, before visiting Paul Ricard, Red Bull Ring, Mugello, Monza, Barcelona and Imola prior to the final round at Vallelunga on 5-6 December.