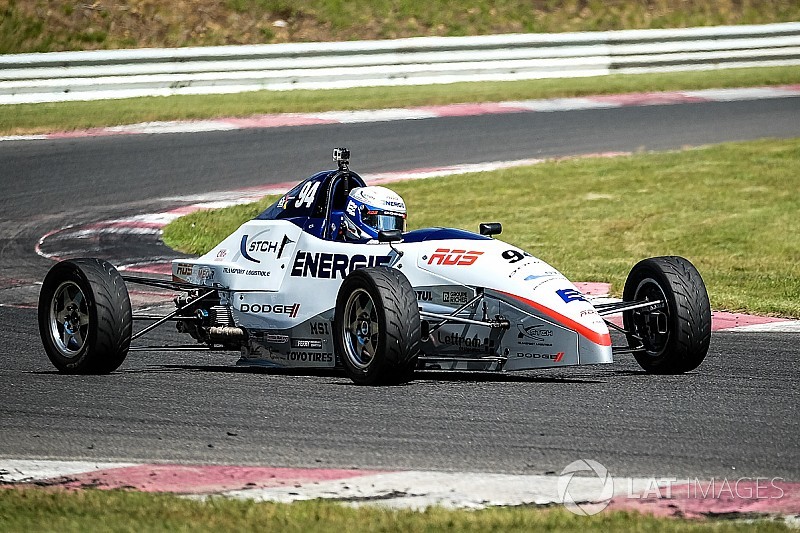 Veteran racer Didier Schraenen captured two wins in the opening three rounds of the F1600 Canada series at the picturesque Mont-Tremblant circuit this past weekend.

The powerful, Saskatchewan based Exclusive Autosport entered Australian-built, Honda-powered Spectrums for Marco Kacic, Spike Kellen Ritter and Matthew Taskinen. Didier Schraenen and Guillaume Archambault were still driving their CMVs, American Joseph Colasacco was behind the wheel of a Van Diemen while Dominic and Michel Legrand are driving their Spectrums.

In Race 2 held on Sunday morning, Schraenen, a TV personality, repeated his winning act, finishing first ahead of Guillaume Archambault and Matthew Taskinen. Dany Lacroix, behind the wheel of his Van Diemen, won the race in the Kent class.

The third and final action-packed race of the meeting was held in the afternoon. This time, Vancouver, B.C.’s Kellen Ritter captured victory ahead of the CMVs of Archambault and Schraenen. Dany Lacroix took another win in the Kent class.

The next two rounds will be held during the weekend of the Formula 1 Canadian Grand Prix on the famed Gilles Villeneuve circuit.