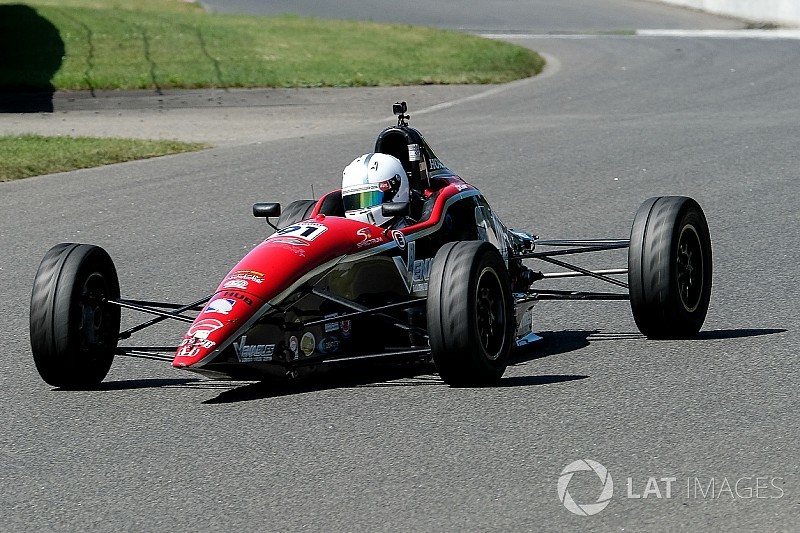 Matthew Taskinen and Misha Goikhberg captured victories in the Formula 1600 Canada series held at the picturesque Mont-Tremblant circuit in Québec.

Action raged in all three races, however a (very) thin field of just 10 cars took part in the event as several F1600 racers elected to compete in the BARC Canadian Touring Trophy Races that same weekend at Canadian Tire Motorsport Park.

Race 2 held Sunday morning was hotly disputer with Misha Goikhberg emerging as the race winner at the end of the 12-lap race. Archambault finished second, just 0.109 second behind the winner. In third place was Taskinen who cut the line 0.336 second behind the Goikhberg.

Serge Lacroix was fifth in his Van Diemen, beating Dulac and Légaré.

The third and final race Formula 1600 of the Summer Classic saw a race-long, intense battle for victory involving three competitors. Taskinen, in the No. 91 Spectrum, led his rivals until Goikhberg powered in front of him. One lap later, Taskinen slipped down to third when he got passed by the CMV of Archambault.

The battle raged all race long, but Goikhberg managed to keep his pursuers at bay to cross the line in first place, claiming his second victory of the weekend.

Taskinen finished second, inches ahead of Archambault. Several seconds later arrived Serge Lacroix in his Van Diemen and Olivier Dulac in his Harfang.