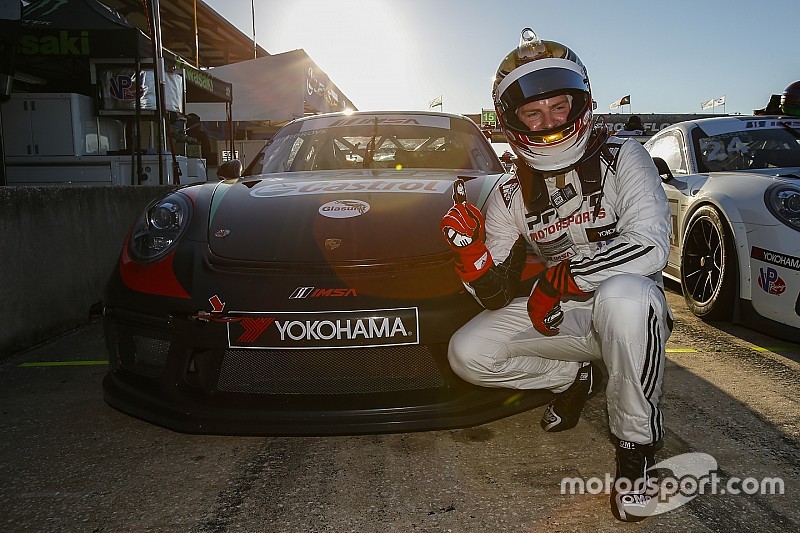 In addition to the Formula 1 cars and the Coupe STCH Formula 1600 series, three other categories were in action during the Canadian F1 Grand Prix in Montréal this past weekend.

Engineering student Matthew Crossan is the Canadian winner of the 2017 INFINITI Engineering Academy. Having been selected from thousands of entries and beating nine other finalists from around the country. The 23-year-old Crossan from London, Ontario, will move to the UK in October for a career opportunity of a lifetime, complete with travel, accommodation, access to an INFINITI company car, a salary and the possibility to work alongside world-leading engineers at the cutting edge of the automotive and motorsport industries.

Crossan, who is a Masters of Engineering Science student with a specialty in composite materials at Western University, will spend six months working at Renault Formula One Team's Technical Center in the UK (Enstone) and six months working at INFINITI's European Technical Center (Cranfield). He will play a key role in the ongoing transfer of technical knowledge and expertise between Renault Sport Formula One Team and INFINITI.

Canadian Kami Laliberté and the other competitors of the ADAC German Formula 4 Championship contested three races at the Red Bull Racing in Austria. The young Montréal-native qualified sixth for the first round of the meeting. After the start, his car got hit, dropping him to 10th place. “Luckily for me, the red flag came out shortly after the incident. I then made a good start and crossed the line in fifth place.”

The two other races were held on Sunday. The Van Amersfoort Racing racer took the start of the second one on the forth row. Three full course yellows highlighted the race, and Laliberté finished seventh. For the third and last round, the youngster started from sixth place. He fought hard against his rivals to eventually finish fourth. “It’s been a good day,” said the Canadian. “I finished each race ahead of where I started. My goal was to collect points. The car is good, and we’re making progress.”

Carlin driver, Canadian Devlin DeFrancesco bounced back from mechanical problems in race one to collect another Euroformula Open rookie podium on Sunday at Circuit Paul Ricard, France. After being forced to retire with a snapped accelerator cable whilst in the fight for a podium in race one, the Canadian-Italian produced a clean drive in the second to finish fifth overall and third of the rookies.

“I was caught up in traffic in Saturday’s qualifying and wasn’t able to string together a perfect lap, which is something I need to work on for the future. Starting fifth I was quite comfortable and the car felt good, before we had the accelerator cable problem,” he said.

“Sunday’s qualifying was hectic once again and I couldn’t get a clean lap in. The race pace was quite strong, but by the time I’d overtaken [Alex] Karkosik my teammate was a few seconds up the road and I had to settle for fifth.”