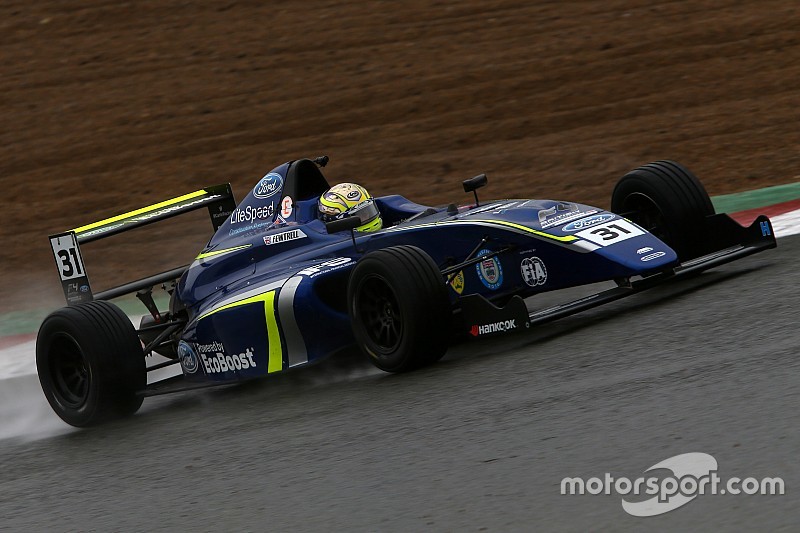 Carlin's F4 rookie Max Fewtrell fought off the more experienced Sennan Fielding to clinch the title in the British series in the final race of the season.

Fewtrell, 17, and Fielding, 20, were two of five drivers to lead the series - renamed from MSA Formula to British F4 midseason - over the course of a rollercoaster 10-round season.

They entered the final rounds as the last drivers left standing in the battle to succeed last year's inaugural champion Lando Norris.

Fielding had taken the lead from Fewtrell in the penultimate round at Silverstone, entering the season finale at Brands Hatch five points ahead.

That gap was down to three points after two of the three races of the weekend, with Fewtrell kicking off the finale from pole and Fielding having to charge through from sixth.

The JHR man, a race winner in BRDC F4 and Italian F4, was up to fifth on the opening lap, took fourth into Turn 1 on the second lap and was onto the provisional podium a couple of laps later with a move on Fewtrell's teammate James Pull.

However, his charge would end there as he ran the rest of the distance in close formation behind Fewtrell and Ayrton Simmons.

Fewtrell withstood the pressure to bank his third win of the season and the title with it, ending up seven points clear of Fielding.

Red Bull junior Luis Leeds made up the top three in the championship.