Floersch: Second F4 campaign could be make or break

Sophia Floersch says her second campaign in the ADAC Formula 4 series could be make or break for her hopes of continuing her progression up the single-seater ladder.

The 16-year-old German made her debut in the series last year for the Motopark team, placing 19th in a difficult campaign that followed half a season in the UK-based Ginetta Junior championship.

Having previously aimed at a step up to F3 in 2017, Floersch has instead opted to remain in ADAC F4 for a second year, having recently concluded a switch to the Mucke Motorsport squad – and may also tackle selected rounds of the Italian championship too.

Speaking to Motorsport.com, Floersch admitted that her first season in single-seaters was harder than she expected, although she was satisfied to have proven herself in a quality field that included F3 graduates Joey Mawson and Mick Schumacher.

“The first weekend in Oschersleben was quite good – and I thought ‘ok, maybe it’s not that difficult’,” she recalled.

“Then it got really difficult. We stopped testing [early in the year] because of the budget and because of school.

“There were 35 drivers last year, a lot of third and fourth-year drivers, and it was very tight. At the Red Bull Ring the first 20 were split by two tenths after qualifying.

“I showed I was a good driver – at the Nurburgring, Mick [Schumacher] was behind me, and he didn’t get past me for 10 laps. I showed I can race and I’m not just some girl in a racecar.

“It was a learning year, and now I know what I have to do this year.”

Having been hampered by a lack of testing last year, Floersch says she has a more comprehensive programme planned this year – but still not on the level of some of her rivals.

“We have the budget for the full season and some tests, but it’s not as much as some other drivers do,” she continued. ”It’s fairly open-ended how much you can test in F4.

“You can test every day, and some people do that! I can’t test every week, but we do have a good test plan, which is better than last year but not as good as some other drivers.”

Asked for her goals for the year, Floersch replied: “To be the first German driver.

"It won’t be easy, because I’m still going to school and it’s really hard to compete against the guys that don’t go to school and have much more time for testing.”

The teenager however admits that a stronger second season in F4 will be crucial to being able to fulfil her aim of moving up to F3, as she doesn’t wish to stay at the same level for a third year.

“You have to do two years of F4 and then move on,” she said.

“So I need to be good this year, because this helps find sponsors for F3 next year. This season has to be perfect to be able to move on next year.”

Sophia will be back as a Motorsport.com driver columnist for the 2017 season - watch out for her posts in both English and German. 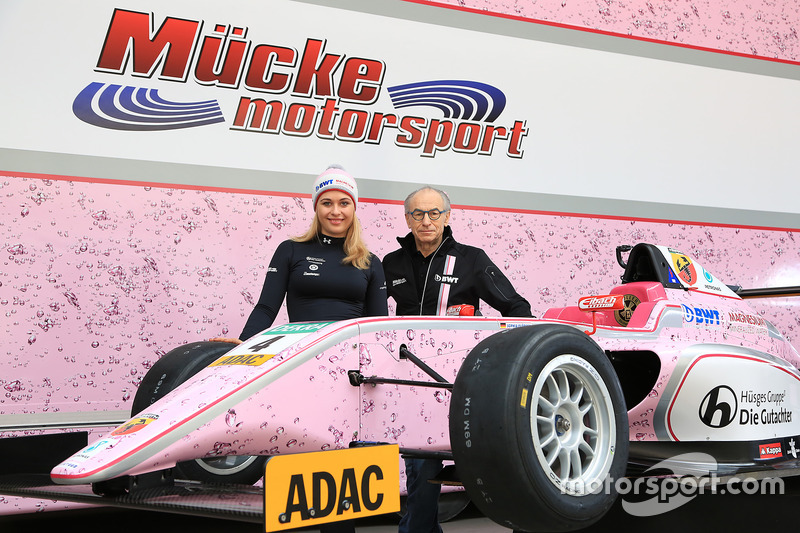 JDX Racing returns to F4 US with Blake Mount

Richard Mille and All Road Management have expanded their search for fresh motorsport prospects in the Richard Mille Young Talent Academy.

Emerson Fittipaldi Jr, the son of the two-time Formula 1 World Champion and Indy 500 winner of the same name, has signed for Van Amersfoort Racing to race in F4 this year.