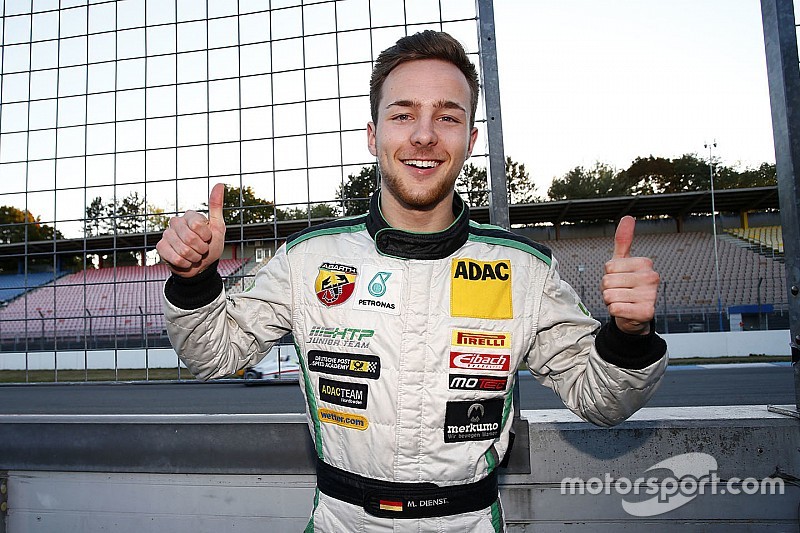 The son of seven-time F1 World Champion Michael Schumacher was clearly the driver who attracted the most attention within the 37-car field.

In his very first season in motor racing, he proved his speed and won in just his third race, but lacked consistency throughout the campaign and was frequently involved in incidents, albeit often not of his making.

In the rookie classification, Schumacher lost out to rapid Infinity Sports Management protege David Beckmann as well as Mucke's Mike David Ortmann. Overall, he finished 10th, with 92 points from 24 races.

He did outscore teammate Harrison Newey, son of legendary F1 engineer Adrian. The Briton ended the season in 16th, having skipped two rounds due to his commitments in the BRDC F4 championship, where he finished runner-up behind Will Palmer.

His ADAC F4 campaign did gain momentum later in the year, as Newey recorded five top-10 finishes in the last six races of his season.

Dienst, meanwhile, was the dominant driver of the 2015 season. He secured his championship title with two races to go and finished the season 48 points clear of his main rival Joel Eriksson with a total of 347 points.

“It's just awesome! To become champion with two races still to go before the end of the season and in my home race, too. It could not have gone better,” said Dienst.

However, Dienst suffered a major setback in the final race of the season. A rare mistake on his part resulted in Job van Uitert crashing into Dienst’s stricken car. Luckily, both drivers walked away unhurt but were brought to the medical center nevertheless.

For Dienst, though, there still is plenty to be happy about.

“Of course, it's something very special to become the first ADAC Formula 4 champion,” he says. “I took the first two wins, was the first leader in the championship standings and have now clinched the first title.”

Rookie champion Beckmann finished the season on a high point at Hockenheim by claiming his first race win of the year.

“That means a lot to me, especially since I missed the start of the season,” Beckmann said, having only joined the championship at the second round.