How Indians performed over the weekend (September 8-10)

Kush Maini scored a podium finish in Italian F4, while Jehan Daruvala, Ruhaan Alva and Mahindra all impressed in various racing categories around the weekend. We sum up all the action from the previous three days. 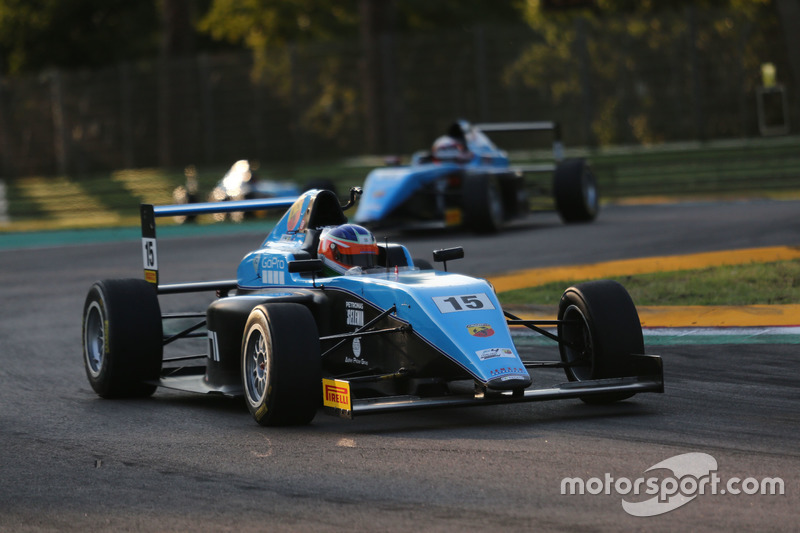 Kush Maini scored his first podium finish of 2017 at the Imola round of Italian F4.

Maini started the second race of the weekend from the front row of the grid and hung on to the tail of polesitter Job Van Uitert.

The status quo was maintained until the final lap when a small error from Maini dropped him to third behind Jur Vips.

The 16-year-old could have scored another podium in Race 3, had it not been for a collision that forced him into a spin. 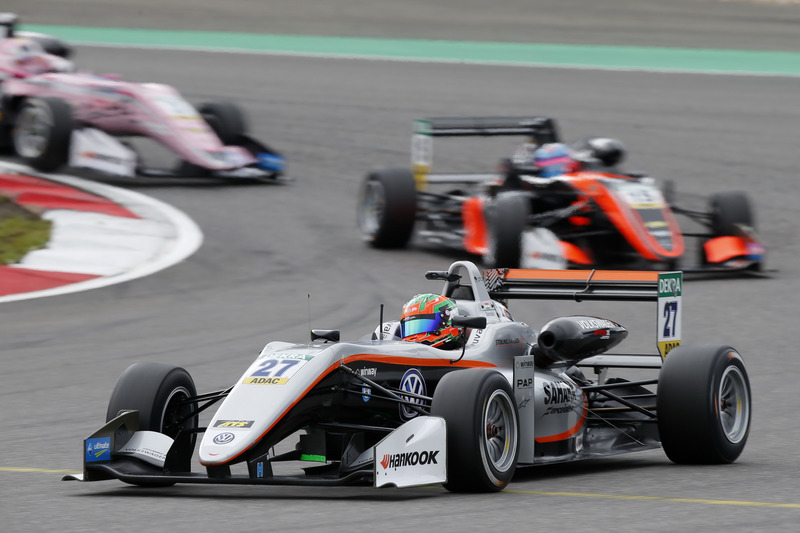 Daruvala qualified seventh for Race 1 but dropped outside the top 10 on the opening lap. Thereafter, he initiated a stunning recovery drive, eventually crossing the finish line in seventh place. A post-race penalty for Tadasuke Makino promoted Daruvala to sixth.

Race 2 was the only dry race of the weekend. The 18-year-old started 12th on the grid and managed to gain two places to grab the final championship point in 10th.

Race 3 was the high point of Daruvala’s weekend. While he only qualified 10th, a quick getaway and a crash for Ferdinand Habsburg and Guan Yu Zhou elevated him to seventh place.

After the Safety Car retreated, the Force India protege was quick to show off his reflexes, immediately gaining two places to move up to fifth. 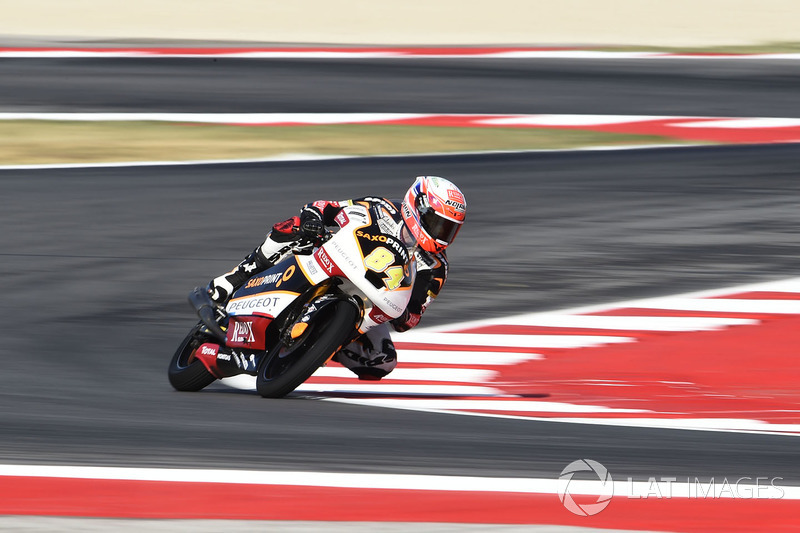 Mahindra enjoyed their most successful outing of the 2017 Moto3 season in San Marino with two of their riders finishing inside the top 10.

Jakub Kornfeil led the pack with a seventh place result after recovering from a fall that dropped him down outside the top 20.

Albert Arenas finished a few seconds behind Kornfeil in eighth, while Manuel Pagliani and Lorenzo Dalla Porta also bagged points for Mahindra during a wet race at Misano.

Narain Karthikeyan had hoped for better fortunes in the Autopolis round of Super Formula, Japan’s premier racing series.

Indeed, having qualified 13th and chosen soft tyres for the opening stint, he could have well scored his first points finish of the year.

However, the 40-year-old was forced to retire the car on the very first lap of the race with suspected damage. It was the second consecutive DNF of the year for the Nakajima Racing driver. 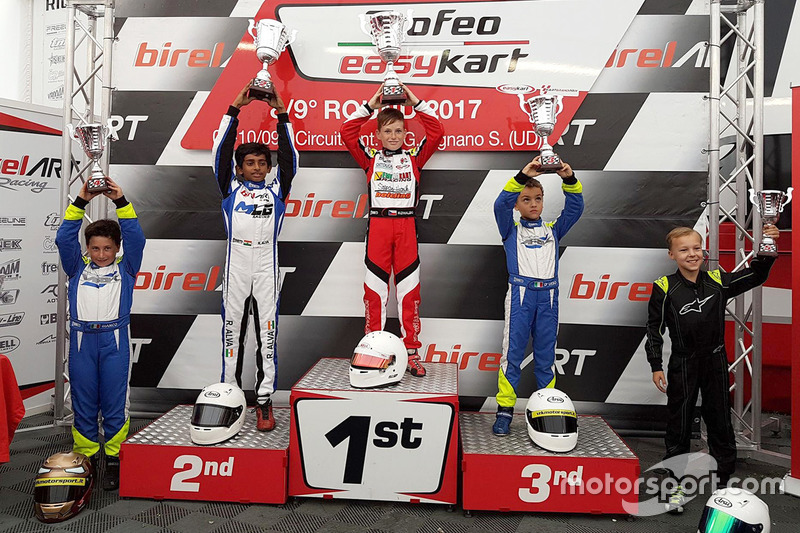 Ruhaan Alva finished runner-up in the 60cc category of EasyKart Italy championship following the last two rounds of the season in Precenicco.

In the first race of the double-header, Alva dropped from fourth to eighth on the opening lap. However, the 10-year-old recovered well from the early hiccup, catapulting himself to second by lap 7.

A post-race penalty for on-the-road winner Adam Kowalski handed Alva his third win of the season.

In the final round, Alva gained a position off the line to move up to fourth. With no changes to the status quo, he crossed the finishing line in the same position. 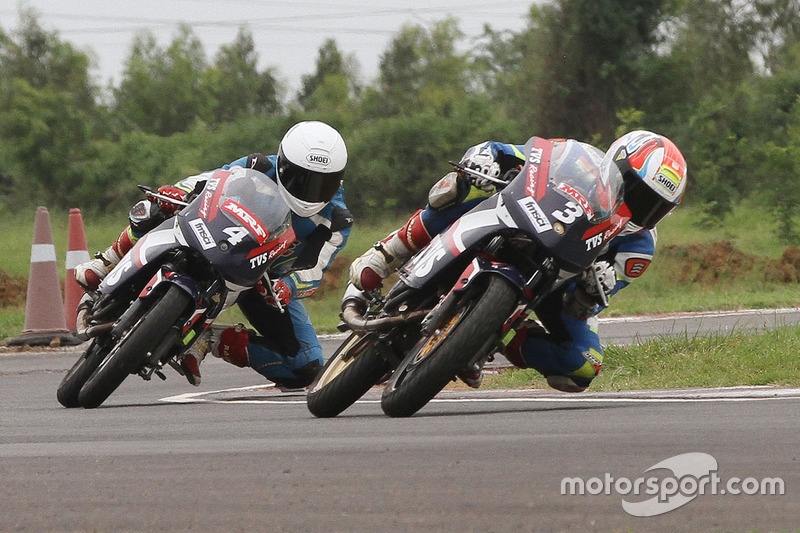 In the penultimate round of National Motorcycle Champion, TVS Racing’s Jagan Kumar scored a double win in the Super Sport 165cc category to close in within one point of championship leader Rajiv Sethu in the standings.

Motorev India's Deepak Ravikumar also won both races in the Super Sport 300-400cc category on a weekend championship leader Amarnath Menon was surprisingly off the pace.