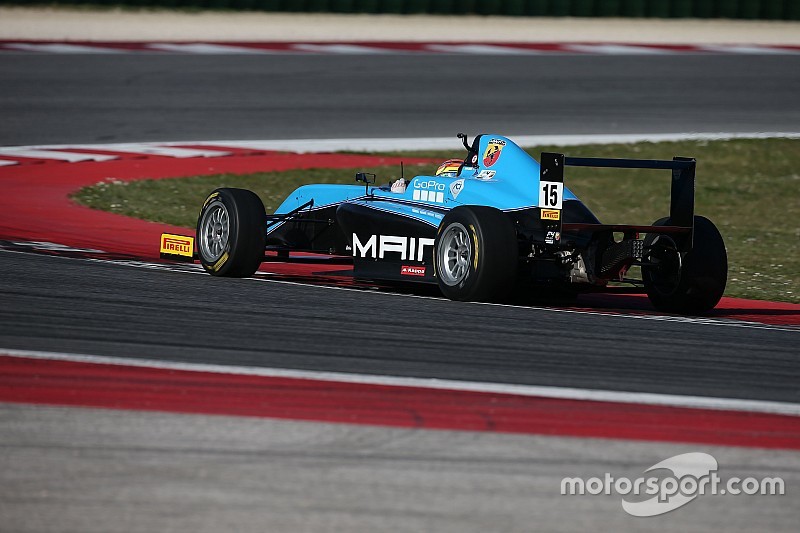 Kush Maini is aiming to finish among the top-three points scorers in his sophomore Italian F4 campaign, despite a trying opening round in Misano.

Maini made his full-time single-seater debut last year, ending 16th in the overall championship and fifth in the rookie standings.

Now that he has accumulated enough experience in formula cars, the 16-year-old has set high targets for the 2017 season. And to achieve those goals, Maini is focusing on minimising mistakes and improving his consistency levels.

“The main goal is to have good pace and fight at the front in every race,” Maini told Motorsport.com.

“I know that I have the pace. The key is not to make mistakes and to focus to finish all races as high up as possible.

“It’s important to focus on every corner of every lap and do the right thing. The one who makes the least mistakes gains on the rest.

“I would like to focus on the process and will push for a top three finish in the championship.”

During the first round of the season earlier this month, Maini was in the hunt for a podium finish, but two costly accidents meant that he returned from Misano empty-handed.

After racing for BVM last year, who were themselves new to the series, Maini has signed up with frontrunners Jenzer for 2017.

He is one of the five drivers in the Swiss team’s line-up, alongside Job van Uitert, Giorgio Carrara, Giacomo Bianchi and Federico Malvestiti.

“Jenzer Motorsport is a really professional team and in the pre-season test I felt really confident with the team and my engineer,” the Bangalore-born driver said.

“It’s a coincidence that my brother Arjun was already racing with them [in GP3] which made it much easier for me to go with Jenzer.”

Although they are several European championships offering similar equipment, Maini says the size of the grid in Italian F4 was one of the key reasons why he stayed in the championship for a second season.

“The Italian F4 Championship is extremely competitive when compared to others championship in Europe and rest of the world,” the 16-year-old explained.

“There were 28 cars that took part in the first race in Misano including some cars that will take part in the German Championship.

“The Italian tracks of Monza, Imola and Mugello are amazing tracks to drive on and brings a huge level of experience.“

With his focus firmly on Europe, Maini added that he has no plans to occasionally race in JK Tyre’s National Racing Championship in India.

Monger woken up from coma after amputations