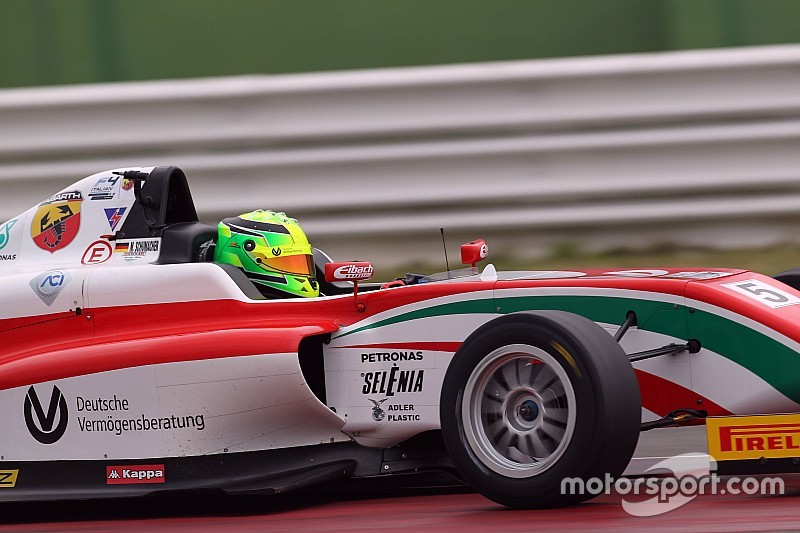 Mick Schumacher, son of seven-time Formula 1 champion Michael, was victorious in his first two races in the Italian F4 series.

Schumacher, who had spent 2015 racing in the German F4 series, easily topped his qualifying group on Friday at a wet Misano - and lined up second on the grid for the opening race of the season.

He maintained position after the opening lap, trailing race leader Marcos Siebert by more than a second, but quickly reeled in the Argentine and passed him for the top spot.

From that point on, the 17-year-old German, driving for reigning champion team Prema, was in complete control, slowly but surely extending his advantage during the remainder of the race.

The second race, taking place in very wet conditions, saw Schumacher line up on pole - and, after a safety car start, the German went on to add a second win to his tally.

After 14 laps, Schumacher crossed the finish line 3.4s ahead of Job van Uitert.

The Prema driver will now have a chance to complete a Misano hat-trick tomorrow as he is set to start the final race of the weekend from pole.

Misano F4: Maini rockets to a top-10 finish in race one