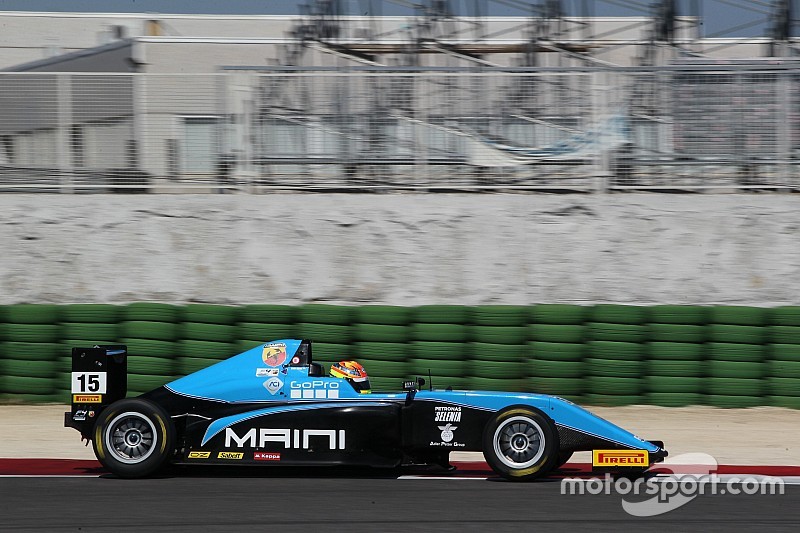 Kush Maini's sophomore campaign in Italian F4 got off to a difficult start, the 16-year-old scoring two DNFs and managing a best result of 11th at Misano.

Having switched to reigning champions Jenzer Motorsport over the winter, Maini would have had hoped to build on his successful rookie campaign.

However, the start of the new season was far from ideal, with Maini indulged in two separate incidents that overshadowed his sublime practice pace.

In the opening race, Maini started from 12th on the grid and jumped four places on the first lap to immediately put himself in a points-scoring position.

From there on, he steadily made his way up the field, fighting for sixth spot in the closing stages of the race.

However, an over-opportunistic move over Prema’s Joan Carrera proved too costly, sending both drivers immediately into retirement.

A DNF in Race 1 had far reaching consequences, leaving Maini on the back of the grid in Race 2

However, the Bangalore-based driver proved that he was up for the challenge, overtaking a slew of drivers to finish on the cusp of points in 11th.

Meanwhile, Fernandez made it two wins in a row, with Bhaitech teammate Lorenzo Colombo finishing just eight tenths behind in second.  New Zealand’s Marcus Armstrong completed the podium spots, but finished over three seconds behind the leading duo.

Maini had looked set to steal a podium spot in the final race, having taken advantage of polesitter Lorenzo’s poor start and the subsequent reshuffling of the pack to propel himself from eighth to fourth on the opening lap.

For the first part of the race, he ran on the heels of Armstrong, setting himself for a pass in the latter stages.

However, while closely following the New Zealander, Maini ran wide and allowed Colombo to pass through, getting demoting to fifth place.

But Bangalore-based driver didn’t give up just yet, setting up a counter challenge in the dying moments of the race.

Both Maini and Colombo managed to pass Armstrong, before getting indulged in a battle of their own on for the final spot of the podium.

However, much like Race 1, this rivalry took an ugly turn with the Indian driver getting tagged by Armstrong after diving down the inside of the New Zealander on lap 17.

Both drivers immediately retired from the race, bringing Maini’s weekend to a sour end.

At the sharp end of the pack, Fernandes completed a clean sweep with his third victory of the weekend, while Colombo and Petrov took the other two spots on the rostrum.