Misano F4: Maini rockets to a top-10 finish in race one 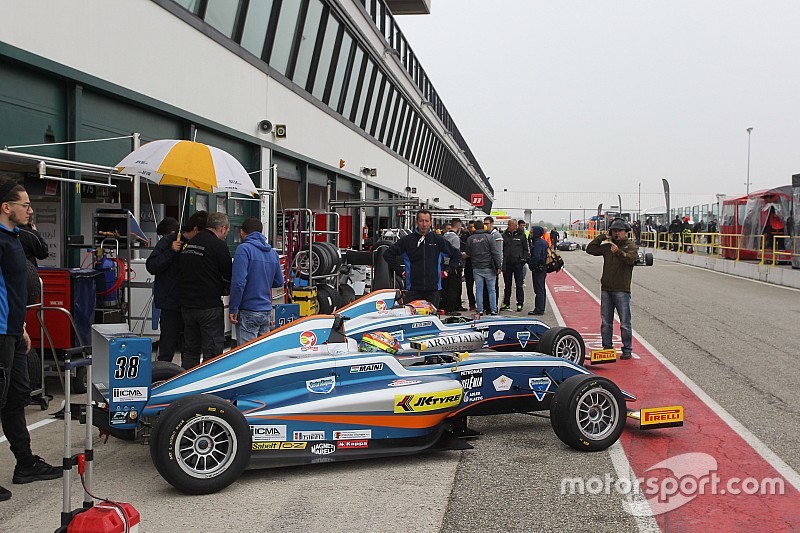 Kush Maini, on his Italian F4 debut race, rocketed to a top 10 finish in the first race at Misano on Saturday.

The BVM Racing driver made up 13 places to finish in the top 10 in race one of the opening weekend of the 2016 season.

The 15-year-old had a tough qualifying where he ended 16th in the second group, thereby, finishing 31st overall.

After the session, Maini admitted to be struggling in the wets, after having showed better pace in drier conditions.

In the race on Sunday, the younger brother of F3 racer Arjun Maini, started 21st in the Group A/Group B race (with Kush in Group A).

Maini made a rocketing start from 21st on the grid to be 14th by the end of the first lap in a 17-lap race.

He subsequently moved to 10th by the sixth lap fighting with Kevin Kratz, who he later dispatched on lap 11 before battling with Thomas Preining.

It took him just one lap to move past Preining as Maini finished eighth in the first race but fell short by one position for a clinching a rookie podium on debut.

Up ahead, Schumacher took victory on his Italian F4 debut, from Raul Guzman and Juan Manuel Correa.

The Indian has two more races for Sunday with race three having participants from Group A/Group C while the final race involving the top 36 from the combined list.