British Formula 4 racer Billy Monger has lost both of his lower legs after a horrific crash during last weekend's final Donington Park race.

The 17-year-old JHR Developments driver collided with Patrik Pasma after being completely unsighted as the Finn’s car was stranded at Schwantz Curve.

Monger had to be airlifted to hospital after medics took nearly two hours to extract him from his car, but the extent of his injuries has emerged only now.

Efforts made to save his legs were unsuccessful, and a Justgiving page has now been set up by JHR team boss Steven Hunter to raise funds to support Monger in his recovery.

On the page, endorsed by Hunter and Monger’s family, the youngster is described as “truly special” and “a cracking young man with a spark that makes it impossible for anyone not to like him”.

The fundraising page is accesssible here.

Monger was in his second season of racing in F4 and is currently sixth in the standings after taking two podiums in the first five races of the year.

He had previously starred in the Ginetta Junior series, finishing fifth in the points in 2015.

Pasma was also taken to the same Queen’s Medical Centre in Nottingham, by road, after the crash, but was released on Monday without any serious injuries.

Support floods in for popular racer

Formula 1 world champion Damon Hill led a host of racing drivers and personnel in sending messages of support to Monger in the wake of the youngster’s crash.

The 1996 champion tweeted: “Every one wishing @BillyMonger the best possible outcome.”

British F4 points leader Jamie Caroline – who has raced alongside Monger since the pair were in karts  – shared pictures of the two on Facebook and wrote: “Love this little guy, and couldn't be more proud of everything he's achieved over the years!

“We've raced alongside each other every year of our careers bar one and can proudly say he's given me some of the best battles I've had!

“Really hope he has a speedy recovery. Bill, love ya mate! See you soon.” 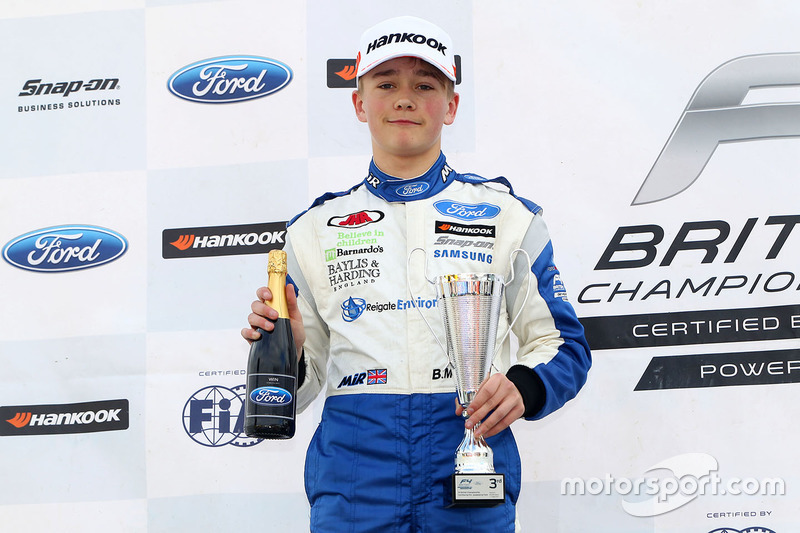