Schumacher loses out on Italian F4 title to Siebert 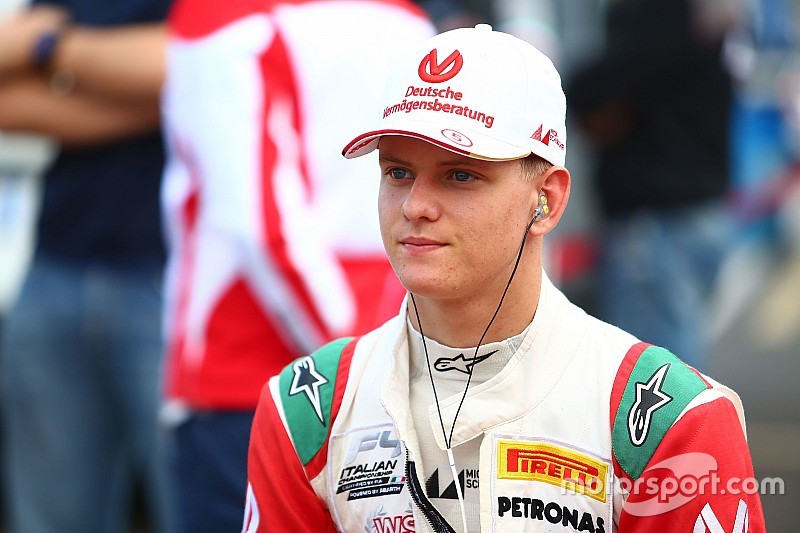 Jenzer Motorsport's Marcos Siebert defeated Prema Powerteam's Mick Schumacher to win the 2016 Italian Formula 4 title in the season finale at Monza, with a race to spare.

Siebert headed into the final round with a 25-point advantage over Schumacher.

Schumacher brought down the gap to 18 points after taking victory in Race 1, with Siebert staying in prime position with second place.

The second race saw the pair battle for track position, as Schumacher did all he could to keep his nose ahead of Siebert, but it wasn't to be.

With damage to his front wing in the tussle, the German was shown the black-and-orange flag, forcing him to pit for a nose change which eventually dashed his title hopes.

By virtue of finishing fifth, Siebert had enough points in hand to take the title with the final Monza race still to run.

The Argentine proved to be a consistent points scorer in 2016, and despite having scored four wins to Schumacher's five, Siebert still managed to keep his lead intact to win the championship.