Motorsport.com columnist Sophia Floersch looks back at the final weekend of her first season in F4 - and looks back at mixed but vital debut campaign.

The last race weekend of this year's ADAC Formula 4 season took place at Hockenheim and I travelled there on Wednesday after school - since Thursday was going to be my only day of testing. I had not been in my race car 'Hugo' for more than a month, since Zandvoort.

For that reason, my race engineer scheduled long runs on used tires for the morning. I had to make up for the testing deficit, get used to my F4 car again, as well as to Hockenheim.

By Thursday night, I had completed 150 laps. My only reference point was my performance  compared to my teammates - and I still trailed them by a few tenths. There was room for improvement.

It was an early start on Friday. FP1 kicked off at 9am, FP2 was only 2 hours after. I improved some, even though my performance was still only good enough for the midfield.

I was in group A for qualifying and, since there were 38 drivers present for the season final, we had a qualifying race on Saturday morning.

I ended up only P11 in my group, which was enough to go through without running in the prelimary race. And I was only 0.030s slower than my teammate in P10 and less than a tenth off P7 - it was a very close grid. 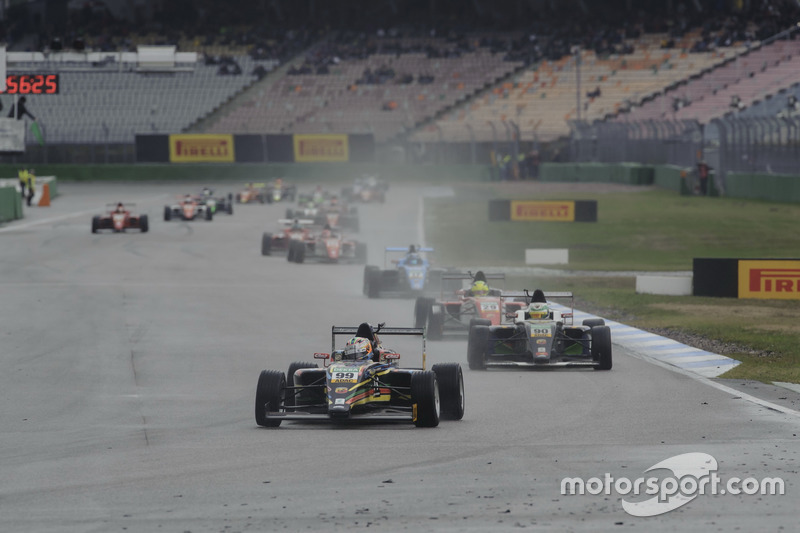 Race 1 started on Saturday morning and I lined up 22nd. Over the first few laps, I could make up some ground - I overtook one opponent on the inside in turn 8.

However, then the driver in front of me decided to make a pitstop at the last moment and drove right over my front wing. I had to stop on the next lap to get a new wing and my race was over.

Off-track, there was a lot going on. Kay One, one of Germany's most famous rappers, came over for a visit - we had met the other day at a YouTube shooting. This time, I showed him my car Hugo, the paddock, and, in general, the great atmosphere of a GT Masters weekend.

For Race 2, I was two spots closer to the front - but still way too far back for my taste. We started on slicks but, after two laps, it started to rain. The race was red-flagged and the team had 10 minutes to change the set-up and tyres.

Unfortunately, race control did not stop the clock and, when the race was restarted, there were only about 10 minutes left – half of which we drove behind the safety car. I finished the race 12th – I had made up 8 positions and could have improved quite a lot more, but it was not to be.

On Saturday night, Autohaus Carmeleon, Cocoyana Fashion, and Caféatwork invited me to a sociable dinner with a lot of "gasoline talk" – a very nice evening. I think we can reprise that next year – and perhaps I can take one of you along. That would be something!

Sunday morning was pretty quiet. I signed autographs, gave interviews, and prepared for the last race of the season. My grid position was P28 after the broken wing in Race 1. It was dry and I could fight my way through to 18th. 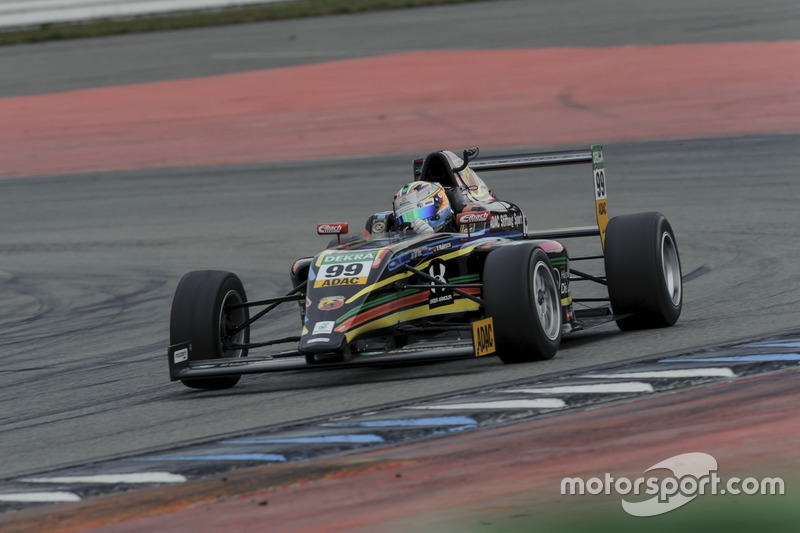 This season has given me a lot of experience. In the end, that is more important than the championship result – at least in my first year. The campaign started very well, but it turned mixed soon. Technical problems, accidents, strategy errors and a heavy helping of bad luck - I have had it all and I've learned a lot of useful things as a result.

Someone asked me how I felt after the last race of my first F4 season. And, to be honest, I felt not much different than before. I knew, more or less, how the weekend would turn out when I had arrived to the track.

The only way I could have had a real chance at a standout result would have been if it rained. And it did rain, but not nearly enough to make a difference.

I hadn't paid attention to my championship position for a while, so there was no huge pressure by the end. Since June, it became clear I just had to see out the season. Under the circumstances, all I could do was make the most out of every single race, every minute, and every kilometer in the car and on the track.

I am pretty disappointed that it didn't end the way it started, but I don't let that get me down. After one season ends, another begins. The first step in preparing for next year is to analyze what I could have done better - and then just go forward from there.

My wish for 2017 is that I will be able to demonstrate what I am capable of, given the same opportunities in terms of testing as those up front. That is my dream.

After a season has concluded, it is also time to say thank you – a big thank you! Mine goes to Arndt Hüsges, Hüsges Gutachter, ADAC Stiftung Sport, Under Armour, Instamotion, Müller Brot, and Flörsch & Partner. Of course, I also thank Team Motopark, my mechanic Flo and my engineer Dennis for this educational season.

Thank you also to you, my fans, that have cheered me on at the track, or in front of the TV, or online. I hope that you enjoyed the season. My team and I will do everything possible to come back stronger than ever in 2017. 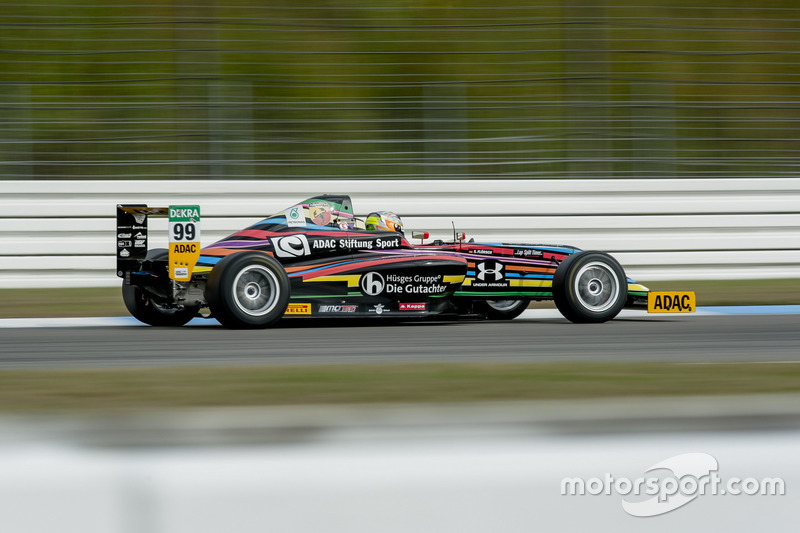