In her latest Motorsport.com column, Sophia Floersch looks back at an eventful Nurburgring weekend that featured another points finish and some fierce battling with none another than Mick Schumacher.

My Nurburgring race weekend kicked off with something very cool on Thursday morning, when I got to try out the new Formula 1 game by Codemasters at a media event in Munich.

I got to talk to quite a few interesting people, like F1 track designer Carsten Tilke and Codemasters' Ged Talbot. It's looking like a very fun game, and should make for a great addition to my simulator work.

Right after that detour, I headed to the track for the sixth weekend of the German Formula 4 season.

After the check-in at the hotel, I made a brief pitstop for dinner at the Pistenklause - an old ritual of sorts for the Nurburgring and an absolute must. Preparatory events and the drivers' briefing were scheduled for 7:30am on Friday morning. 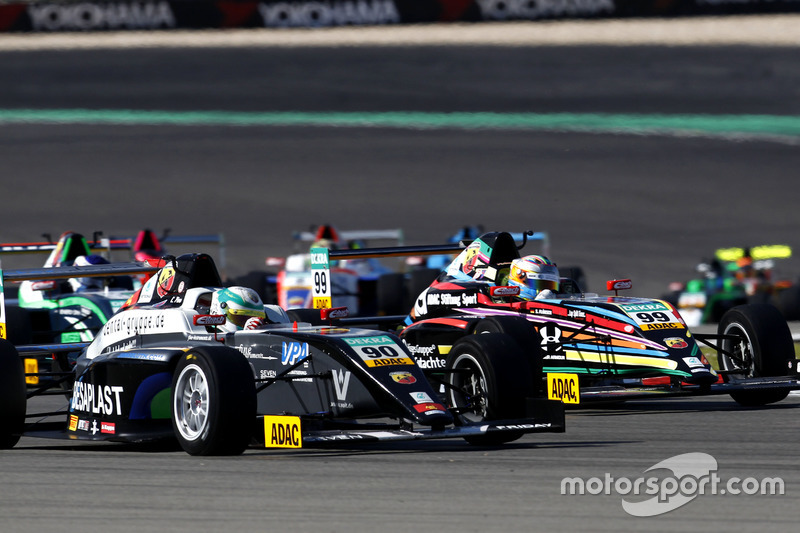 The grid was the same as at Red Bull Ring: 35 drivers. I drove FP1 on used tyres and ended up seventh - good enough, but, for sure, more was possible.

In FP2 I finished 14th, as most of the drivers opted for four fresh tyres and we decided to only change the left side. We stayed on that strategy for FP3 as well, where I was 11th - again, those with four "identical" tyres were quicker. But I thought that my speed was acceptable, I got some much-needed track time and we did some set-up work.

Qualifying took place on Saturday morning. Like at the Red Bull Ring, I was in group B and had the opportunity to watch the first group. "Okay, pole should be around 1:27.1,” I thought as I climbed into the cockpit.

But then nothing went right in qualifying. No performance, no grip, no feeling that I could push to the limit. You just know when you don't have enough speed.

The result was P10 in my group and P19 overall. I used the lunch break to go running and to mentally prepare for the next race, because I wanted to make the most of my lousy starting position.

Race 1 was a few hours after qualifying. There was only one way to go from P19: forward. And forward we went - I had a good start and made up several positions in Turn 1 and Turn 2.

I made it up to P12, but the next guy up the road made his car as wide as a truck. He zig-zagged back and forth - and he was outside the points as well!

But the laptimes dropped. Very soon, the gap to P10 was two or three seconds. There was no way past and I finished 12th. Coming from P19, that was okay with me, even though I had just missed the points. 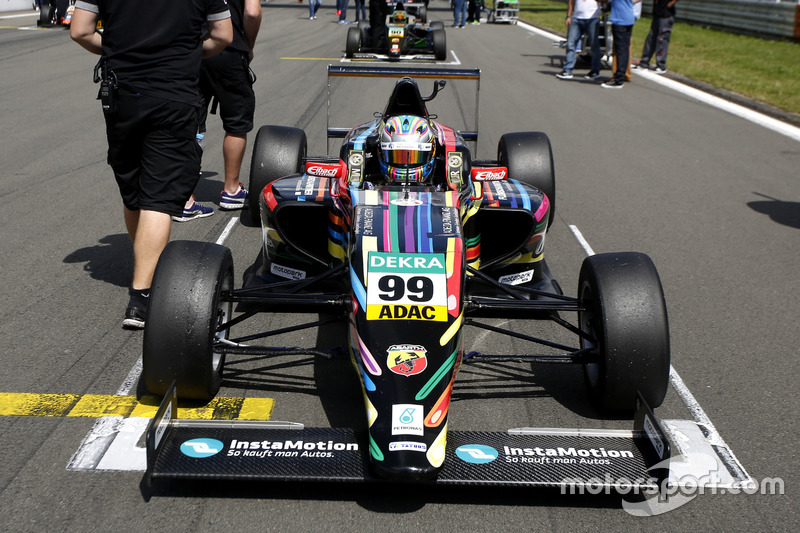 On Sunday, Race 2 started at 10am, Race 3 at 2pm - and, very atypically for the Eifel, it was quite warm and the sun was out.

I started Race 2 in P18 and I had 19 turbulent laps. My start was mediocre. At first, I was not able to make up any positions - later on, however, I overtook three of my opponents.

When one of them tried to overtake me at the end of start-finish straight, he braked too hard and zoomed past me into the run-off area. That cost him his front wing and his race was over. I was really lucky he didn't hit me!

Mick Schumacher, who was 25th after a drive-through penalty, was running 18th and behind me at that time. He used the "crash manoeuvre" in Turn 1 to sneak past me - I did not like that at all!

On the same lap, Mick fought with Lirim Zendeli in turn 5 and 6, I saw the open door and overtook Mick again. We were fighting for several laps, but the fights were all very fair.

In the end, I crossed the finish line ahead of Mick in 14th place. Even though a race driver is never happy with P14, I had a lot of fun in that race. 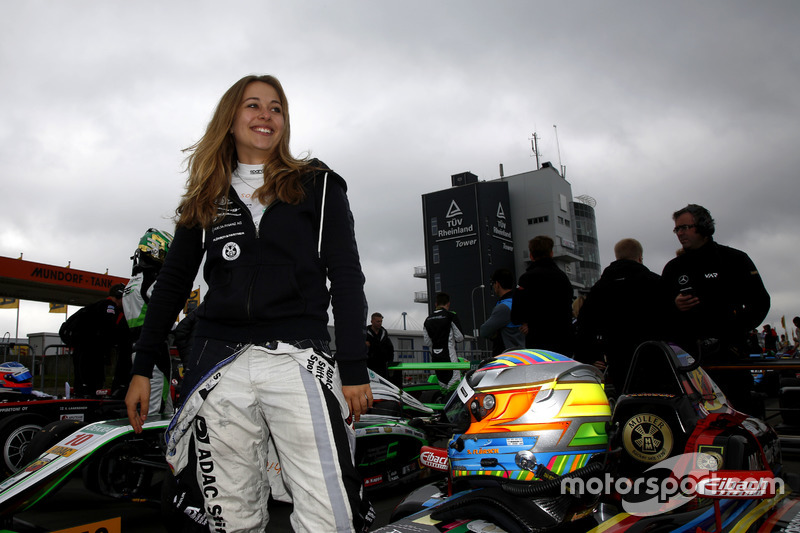 I was very much looking forward to Race 3. My best starting position, P12, was promising - and the goal was a top 10 finish and points.

The start was okay and I felt comfortable in my car. After a safety car period, I was 11th and soon P10. I crossed the finish line 10th, but was promoted to P9 and collected two championship points.

Along with the racing, there was a whole lot to do during the Nurburgring weekend. I introduced the guests of my sponsor Huesges-Group to Formula 4, the car, as well as data and video analysis.

And It was great that there were a lot fans at Nurburgring. It is always nice to get new people interested in racing and to see the fascination in children's eyes.

Kids - if there is time, don't hesitate to come see me between the races. You are always welcome to take a seat in my race car, if that's possible!

In a week-and-a-half, the next stop will be Zandvoort - a fast track with some thrilling turns that require serious guts. Overtaking there is quite difficult and therefore qualifying is very important.

Training, training, more training - and holidays on my bicycle - will be my ideal preparation for that. 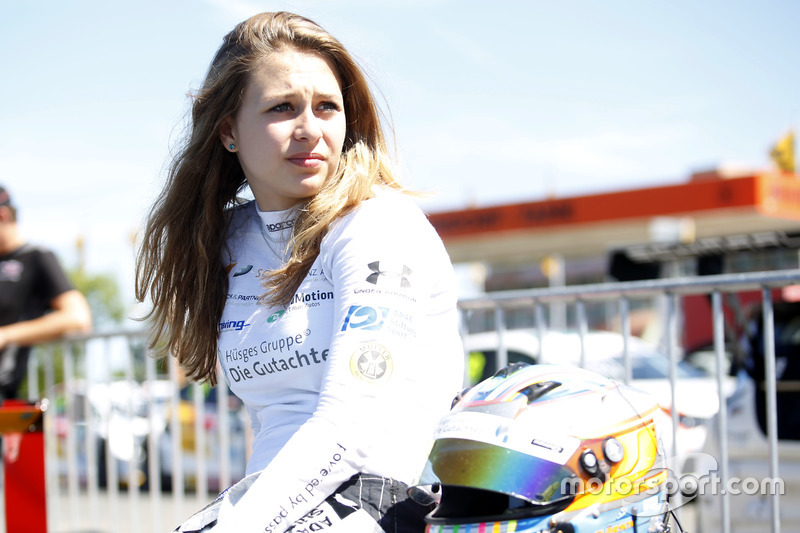