In her latest Motorsport.com column, German F4 racer Sophia Floersch reflects on a difficult return to action at the Red Bull Ring, where a lack of testing experience cost her dear.

My dear friends from Motorsport.com,

The fifth event of the German Formula 4 season took place at the Red Bull Ring in Spielberg, Austria, this past weekend, kicking off the second half of the year after the summer break.

Most of the drivers in the field were able to use the break to do intensive testing at the Nurburgring, Zandvoort, and the Red Bull Ring – the ideal preparation, with lots of track time and set-up work.

Unfortunately, I could not do a single test, for I had to take my final exams at school and our yearly budget is very tight.

This was not an ideal situation when I'm against a very close field of 35 drivers, who are all within tenths of a second. I only had two 30-minute sessions to prepare for qualifying.

I had a lot to do: get to know the track, find out the best braking points and reacquaint myself with my race car Hugo again after a month apart.

Several F4 drivers already have their driving licenses and are used to going faster than 30-40 km/h. The top speeds I get to reach off-track are achieved on my bicycle!

Therefore, it is always a very special task for me to get into a race car and push it to the limit. ADAC, however, says that I do not qualify as a rookie in the championship... 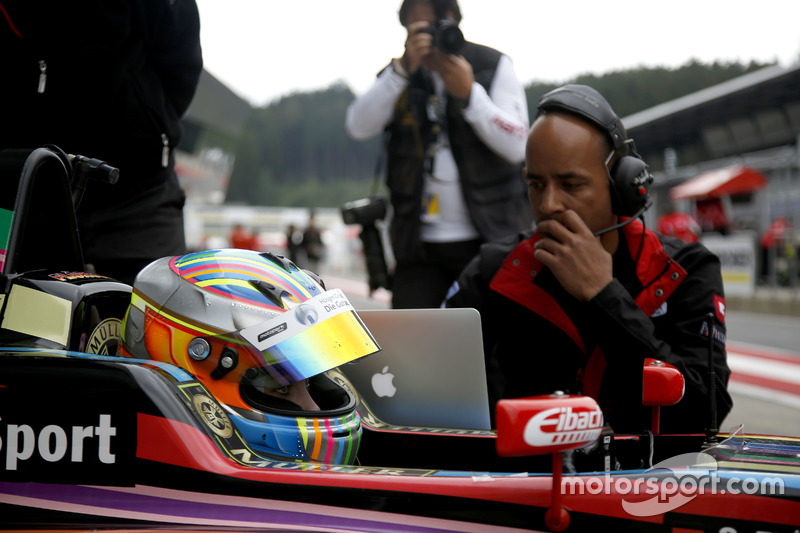 My goal during the first practice session on Friday morning war to regain a feeling for the car and memorise the rhythm of the Red Bull Ring. And I had to bed the new brake discs in.

After the 30 minutes, I had done about three or four laps in race trim, plus in- and out-laps, and laps in traffic. Afterward, I discussed the mistakes I had made with my race engineer Dennis and what to do differently.

The second session started only hours later, and that one went a lot better than the first one. I still had some problems with the track and lost some tenths in some corners, but I felt much better in the car.

But honestly, what are 10 or 15 preparation laps compared to the extensive testing of the other drivers?

Before that session, I had not had a single lap on new tyres and I did not know their performance peak at the Red Bull Ring. The surface is different from most of the other tracks, because MotoGP will race there in a couple of weeks.

Therefore, our hopes for qualifying were not very high at all.

This weekend, I was in group B. Therefore, I had the chance to watch the first group and I knew what kind of laptimes were possible.

By the time it was our turn, it had become very hot and the grip level had changed significantly. There were a lot of very strong drivers in my group and the gaps were very small. I ended up only 13th, but the gap to P6 was just the one stupid tenth of a second.

The lap times were so close that it was pure luck whether you were at the front or at the back of the grid. My second-quickest lap was good enough for P8 in my group, and I scored the fastest lap for my Team Motopark.

But pole position was more than one second faster. That is absolutely huge! In the evening, I tried to let off some steam and went jogging.

Fighting in the mid-pack 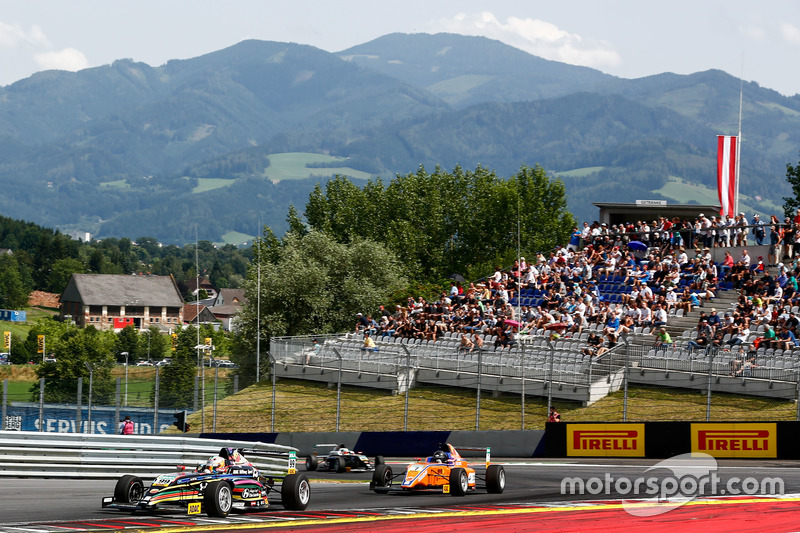 Race one was on Saturday afternoon and it was a bit chaotic - I started 23rd and finished 16th. The getaway was a challenge, because I had not started a race in five weeks. How do you to do a proper start at a traffic light, after five weeks without a car – with manual transmission?

So, unfortunately, my start was not perfect. I was stuck in the middle and had to take the long way around to avoid a crash. And I lost quite a few positions.

At the Red Bull Ring, the slipstream is very important: if you don't have any, it is very hard to close a gap and catch up. At the same time, you have to defend yourself against the cars behind you, and lose time in the process.

It was not an easy task with my Hugo, who was not very quick. Therefore, I was happy that I made up some positions, because the result of race 1 is the basis for the grid of race 3 on Sunday.

I started 15th in race 2 and it did not go well. Again, I lost several positions at the start. Hugo was stubborn, especially in turns 4 and 5, which are quite fast, and I did not feel comfortable.

Nevertheless, I had some nice duels and managed to advance to the midfield. In the last third of the race, I made a mistake fighting for P15. In turn 3, I went past the limit on the brake, slid and touched the car on the outside. It was a stupid racing incident that I had not wanted.

I lost the front wing of my car, but since I never give up, I kept going. Without a front wing, you get a lot of understeer, especially in the fast turns at Red Bull Ring.

Of course, I was an easy target for the cars behind me and lost a lot of positions. So, where did I finish after all? Honestly, I don't even recall. A race to forget. 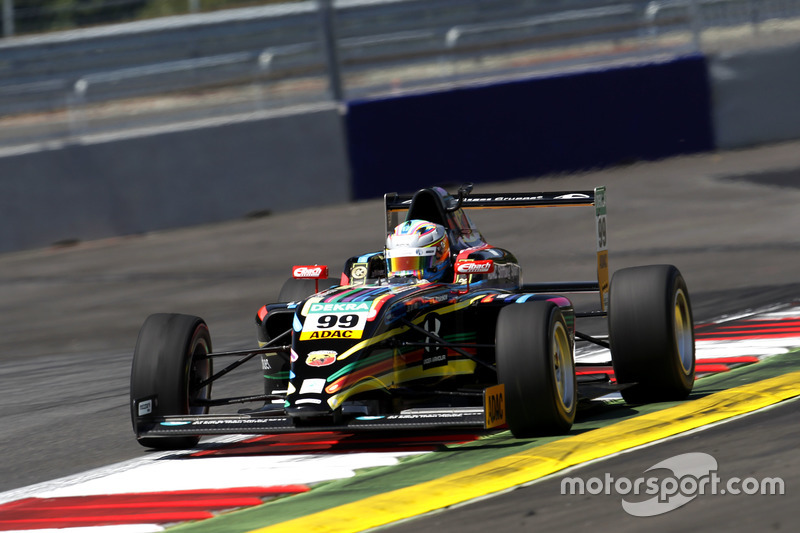 The last race was my last chance to show that I can fight. For my Team Motopark, it was a very special race - because of the reverse-grid rule for the top 10, my teammate Simo Laaksonen was on pole position. Unfortunately, I was 15 places behind.

This time however, I was on the inside line and I had a pretty good start. I could keep my position and was 15th for some time. After the first safety car restart, I made up three positions on the first lap. There were another two or three nice maneuvers, but also several brief safety car phases.

I was running 10th, but the gap to P9 was more than 1.5 seconds. That was impossible to close. I caught up to within one second, but that was all that I could do.

At least I was 10th and scored one championship point. And my teammate was able to defend his position and won the first Formula 4 race this year for Motopark. Congratulations, Simo, great race!

I was also happy with my race. What we did in Race 3 was all that was possible for myself and Hugo at the Red Bull Ring. 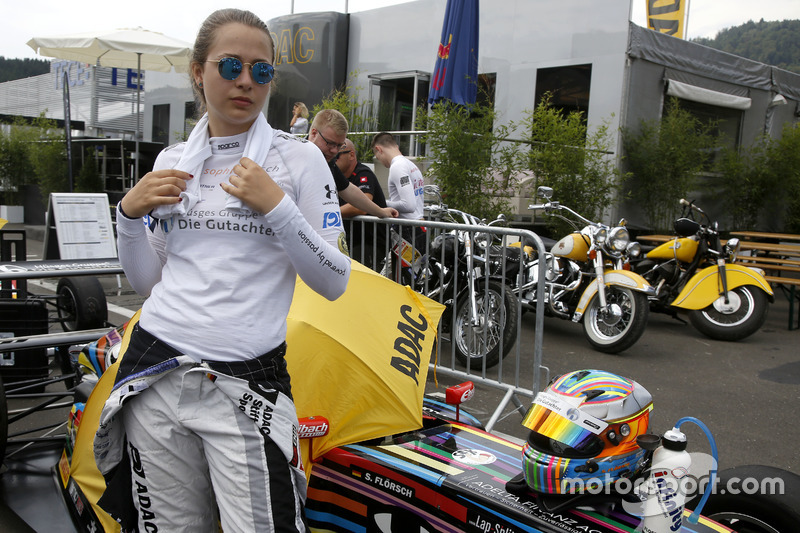 In two weeks, we will be at the Nurburgring. Unfortunately, we will not be able to run the complete test program again and will only be able to afford one day.

But we're pushing on - and it is very important to me that my sponsors and fans see my commitment. This sport is my life and I would do anything to enjoy the same prerequisites that my opponents have. Believe me. I would be in the car every day.

Thanks to Arndt Husges and Reinhold Schelle, who always have a sympathetic ear for my thoughts and worries.

Now, I will get on my bicycle and exercise. Let's keep pushing!