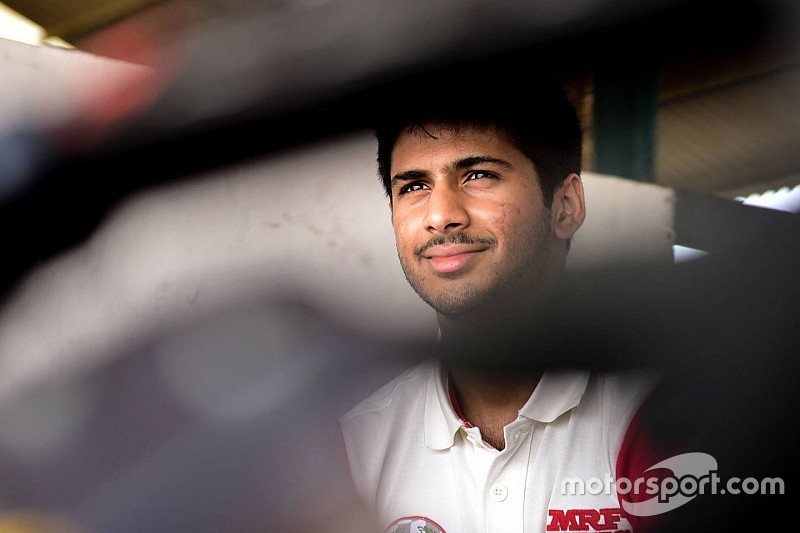 Brad Dias will compete in the final round of the Asian Formula Renault this weekend, at Zhuhai International Circuit.

Dias, who competed in the MRF F1600 this year finishing ninth, will make his international debut racing with leading BlackArts Racing team in Class B category, at Zhuhai.

"I knew the guys at BlackArts Racing already, and completed a very positive test day at Zhuhai prior to the MRF F1600 series," he told Motorsport.com.

"We both wanted to work together this year, and now when the opportunity came up to compete in their final AFR race this year. I grabbed it with both hands."

"Though after the car got upgraded to close to F3 level, it definitely made sense to put it on hold and compete in it later.

"While I get some experience in a series that could better bridge the gap between F1600 and this year's F2000 car."

When asked about his future plans, he said: "As for 2017 plans, I'm aiming towards a regional Asian single-seater series.

"Currently, [I am] looking at either Formula Masters China or Asian Formula Renault (Class A)," he said.

"The schedule and details haven't been released by either of them, so I'll have to see what makes the best sense.

"I'd ideally like to race with BlackArts wherever they plan to compete. For the end of 2017, F2000 is definitely my top choice."