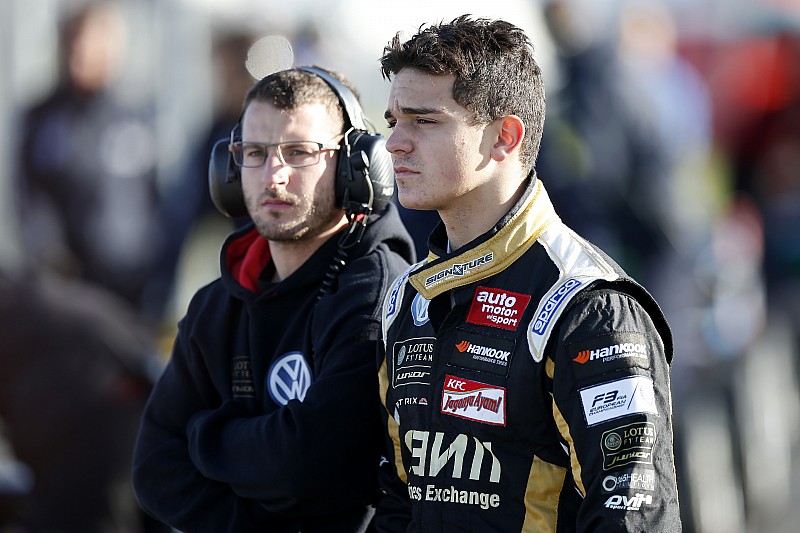 Boccolacci, 17, was a very highly-rated karting driver earlier in his career, joining Lotus F1 Team's junior programme back in 2013 and stepping up to car racing the year after.

He was runner-up to Lasse Sorensen in French F4 in 2014 and raced alongside Alex Albon at Signature last year, finishing 19th overall and 10th in the rookie championship.

"I didn’t think that doing another season in Formula 3 without being in a top team was a good idea," Boccolacci said.

"Going to Formula Renault 2.0 means that I can restart on the right base and use my experience to reach the car’s limits in the corners. To help me continue my career after that I have only one aim: the title.

"I have to win and build up a set of results to prove that I’m ready to move up to the upper echelons."

"Tech 1 Racing and I already get on like a house on fire," said Boccolacci. "My tests went off very well and I really enjoyed them. We’re going to do a great job together and progress to achieve our joint aim – victory."

In addition to his Eurocup commitments, Boccolacci will also do a full campaign in the Formula Renault 2.0 NEC series.

Will Palmer commits to Formula Renault with ART