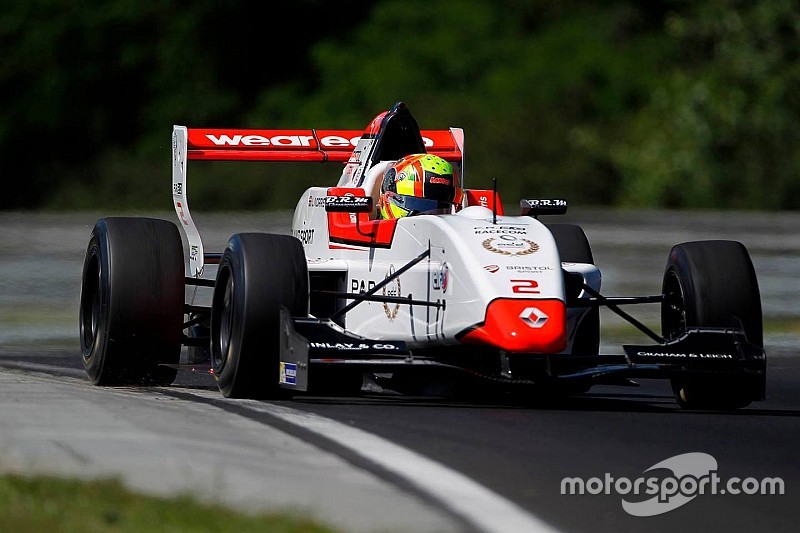 Lando Norris took a dominant lights-to-flag win in the first race of the Formula Renault 2.0 NEC weekend at the Hungaroring.

The Josef Kaufmann Racing driver led every lap of the race to finish 2.487s ahead of Fortec's Vasily Romanov, claiming his second consecutive win in the championship.

The British driver got a good getaway from pole as front-row starter Hugo de Sadeleer lost a chunk of positions to drop to 19th.

De Sadeleer was then handed a drive-through penalty for a jump start along with Nikita Troitskiy, who was running second before ducking into the pits.

The Russian came out fifth but was soon involved in an accident with Julien Falchero which brought out the safety car - Troitskiy dropped to 16th as a result, while Falchero retired.

Up ahead, Norris was unmoved as Romanov capitalised on Troitskiy's miss-happenings to finish second, ahead of Ferdinand Habsburg.

Bartlomiej Mirecki recorded his best finish of fourth - his previous best being 15th in season-opener at Monza - with JKR's Robert Shwartzman making up the top five.

Alex Gill made up five places to finish sixth, fending off a charge from Indian Jehan Daruvala, who fell off to 13th after a late spin.

The remaining spots in the top 10 were likewise occupied by drivers picking up a number of positions during the race - with Alexey Korneev making up five places to finish seventh.

Behind him, Henrique Chaves made up six positions to eighth, Will Palmer moved up to ninth and Max Defourny stormed from 20th on the grid to 10th.