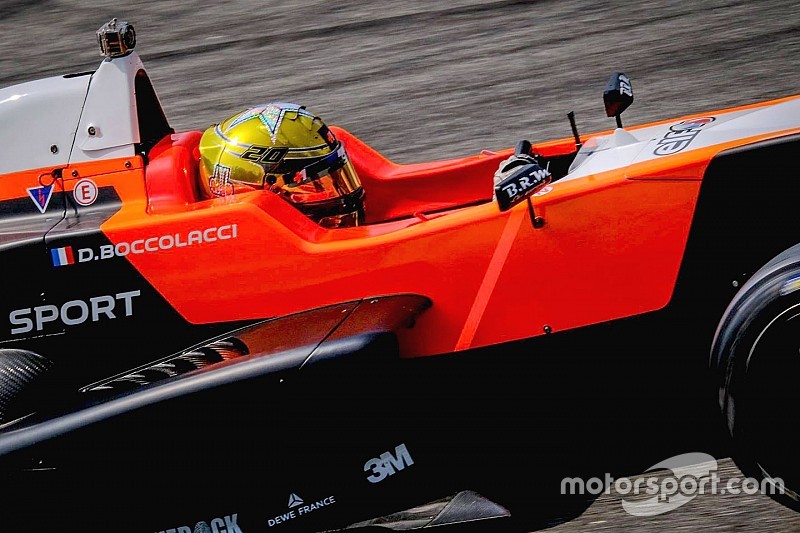 At the start of the race, Lando Norris got held up by pole sitter Jehan Daruvala, allowing Boccolacci to breeze past into turn 1.

On the following lap, the French driver found his way past Daruvala on the outside of the second chicane to take the lead, eventually winning the race by a margin of 3.104 seconds.

Behind, the aforementioned Norris, Fortec’s Nikita Troitsky and Max Defourny (R-ace GP) got indulged in a lengthy battle of their own, with the Russian having the final laugh, passing both drivers through the second chicane.

Having moved up to third place, Troitsky passed Daruvala into turn 1, who had gone straight through the second straight in a bid to catch race-leader Boccolacci.

The Force India protege’s downhill drive didn’t stop there with teammate Norris passing him on the main straight, demoting the 17-year-old to fourth.

Robert Schwartzman in the third Josef Kaufmann entry completed the top five, ahead of the Tech 1 duo of Gabriel Aubry and Sacha Fenestraz.

Defourny failed to finish the race due to mechanical issues, joining, among others, Alexey Korneev, Nerses Isaakyan and Julien Falchero; the trio being involved in a hefty crash halfway through the race.