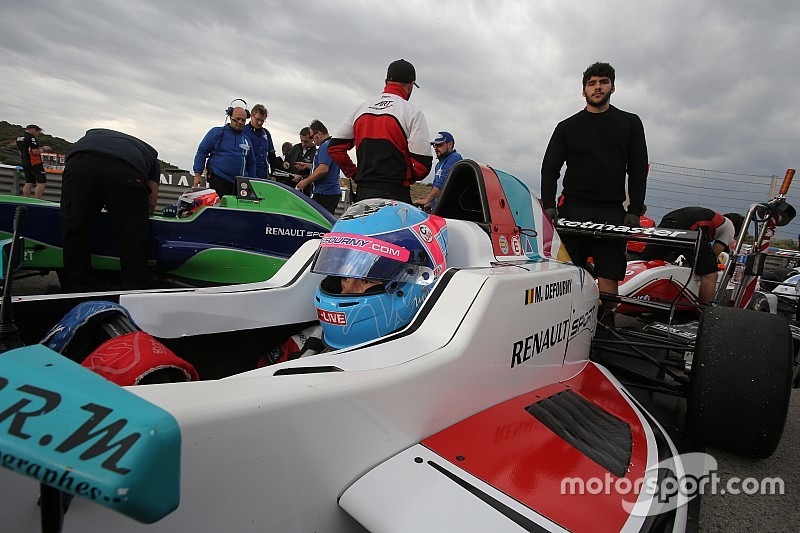 Max Defourny made up for yesterday’s disappointment, with a dominant win in the second race of the Formula Renault 2.0 NEC season at Monza.

Defourny, after being classified only 19th in the first race due to technical gremlins, led from start to finish, eventually winning the race by a comfortable margin of 4.076 seconds.

At the start of the race, Lando Norris made a perfect getaway from fifth on the grid, dispatching 2014 BRDC F4 Champion Will Palmer and Sacha Fenestraz to move up to third.

On the following lap, Norris also found a way past Force India protege Jehan Daruvala at the second chicane, only for the Indian driver to fight back and regain second.

The Josef Kaufmann teammates continued to battle for position, with Palmer soon joining the party.

Halfway through the race, Norris ran wide at the Parabolica, allowing Daruvala to take second, with Palmer also taking advantage of the situation to pass his countryman.

Formula 1 driver Jolyon Palmer's younger brother, Will, then pressed for second but Daruvala defended his position to keep second.

While the Indian disappeared into the distance, Palmer and Norris continued to dice for the last podium place, with yesterday’s winner Dorian Boccolacci also fancying his chances.

The Josef Kaufmann driver made an unsuccessful last gasp attempt at the second chicane and was forced to be content with fourth place, with Boccolacci slotting in fifth place.

Away from the leading pack, Nikita Troitsky carved his way from the ninth row of the grid to take sixth place, with Gabriel Aubry finishing seventh.

Alex Gill, who started alongside Aubry, was eight at the chequered flag, with Vasily Romanov and Henrique Chaves completing the top 10.

Fenestraz, who started fourth, damaged his front wing in an early-race tussle, dropping down to 14th as a result.