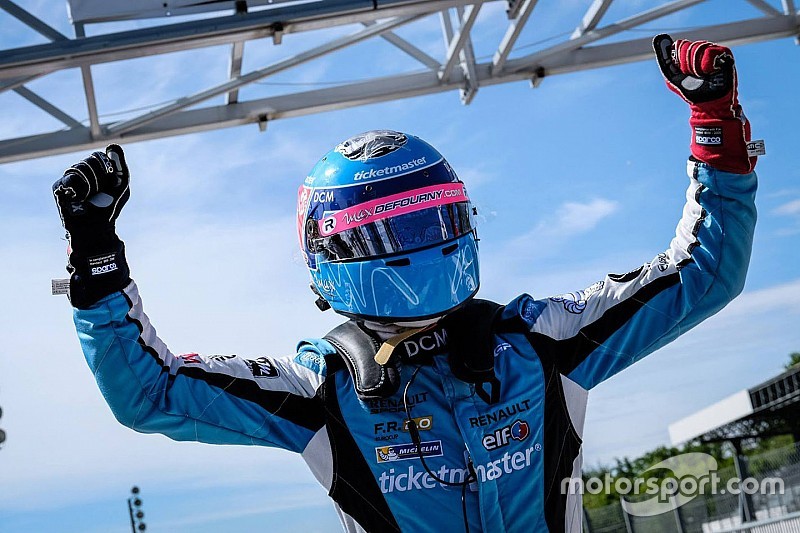 The Briton had to pull into the pits after the formation lap due to gearbox issues, allowing Defourny to take the lead after the start with ease.

Up ahead, Defourny extended his lead to take a commanding win from Boccolacci, who passed Palmer for the spot and F1 racer Jolyon's younger brother settling for third as a result.

Habsburg tried to get past Palmer as well but had little time to make the move stick and finished fourth as Daruvala ended up fifth.

The Force India junior first retook sixth from Gill but, while trying to pass O'Keeffe, they made contact at Luffield while Daruvala holding the inside line.

Daruvala continued in fifth but O’Keeffe retired with a puncture and suspension failure to his JD Motorsport car.

O'Keeffe's teammate James Allen finished in sixth, after having made his way up from the outside of the top 10.