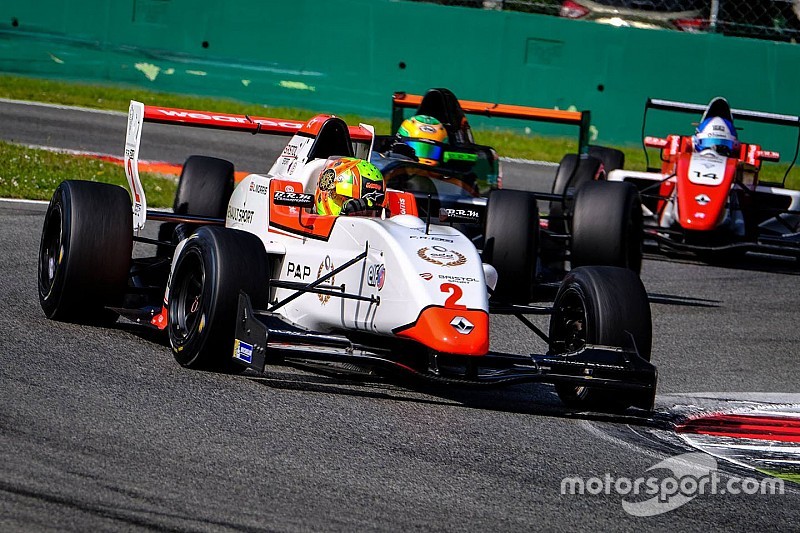 Lando Norris took a commanding lights-to-flag victory in Race 2 of the Silverstone NEC weekend, his first win in the championship.

After he was forced to retire even before the start of the first race on Saturday, the British driver had no such issues on Sunday, managing a perfect getaway from pole.

Front-row starter Will Palmer defended well from Dorian Boccolacci at the start, as Max Defourny and Jehan Daruvala fought for fourth place.

Norris extended his lead lap after lap from Jolyon Palmer’s younger brother Will, while the R-ace GP driver was being chased by Boccolacci for second.

The British driver was dominant all through to win by over four seconds from Palmer, who was able to hold off Boccolacci - the pair separated by just 0.846s.

Behind the top three, battle for fourth place between Defourny and Daruvala continued until the chequered flag.

The Indian took fourth after an outstanding move over the Belgian, taking the outside line at Vale and making the manoeuvre stick.

Julien Falchero finished sixth, having at one stage been part of the five-car battle for second place.

In a fairly incident-free race, there was a contact between Henrique Chaves and Robert Shwartzman, when the Portuguese outbraked himself going into the left hairpin, spinning the Russian.