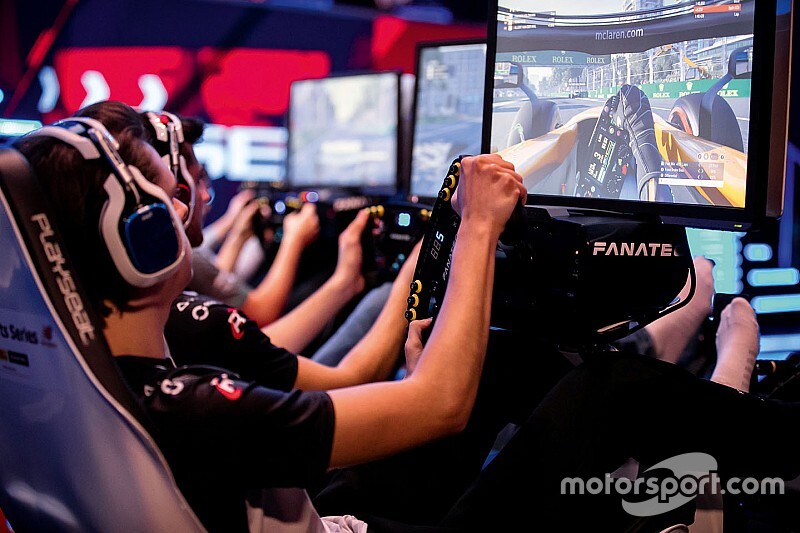 A total of 42 gamers have qualified for the Formula 1 Esports Pro Draft, and will have the opportunity to be signed by one of the 10 F1 teams.

The third season of the F1 Esports series has 'more than doubled' its prize money and Ferrari will compete for the first time.

From over 100,000 entries, 30 gamers, including drivers from Red Bull and Williams Esports teams, qualified via one of a series of online qualifying rounds and were joined by six competitors who triumphed in a special invite-only 50-driver shootout.

Six drivers who competed in the F1 Esports series last year, but have been released by their respective teams, automatically qualified for the Pro Draft.

Among them are 2017 third-place finisher Sven Zurner and his former Renault teammate Kimmy Larsson, as well as ex-Sauber drivers Sonuc Saltunc and Allert van der Wal.

The 42 will become 30 drivers after a series of race-offs during the day preceding the Pro Draft. The 10 teams will then pick at least one driver each to add to their roster as per the regulations.

Drivers are already in discussions with teams, with most of the deals signed well before the Pro Draft takes place.

For example, a number of the qualifiers were invited to Alfa Romeo's headquarters in Switzerland to test out its brand-new simulator. The team, like many of its rivals, is stepping up its sim racing efforts in order to match its rivals.

Inaugural champions Mercedes built a dedicated facility at its base last year, where its drivers including two-time defending champion Brendon Leigh can practice on a full-time basis.

Red Bull, Renault and Toro Rosso have already announced two drivers each. Among them is ex-Formula Renault Eurocup racer Jarno Opmeer, who will partner Cedric Thome at Renault.

The Pro Draft will be streamed online across YouTube, Facebook and Twitch, as well as a number of TV channels worldwide.