As Esports continues to rise and rise amid motorsport's temporary hiatus, we thought it would be a good time to take a look back on the evolution of Formula 1 gaming.

From early days on arcade consoles to the high-flying Esports ventures we know today, F1 has come on leaps and bounds in the virtual world through the years - so much so that a number of the grid are becoming embedded in the world of streaming on the side of their real-world commitments.

Here's a brief history of Formula 1 in the video games world.

The first roots of F1 arcade games date back to the 1970s. Japanese publisher Namco had one of its earliest successes with F-1, which was released in 1976.

Namco followed this up with the production of Pole Position six years later, which would prove to be one of the most popular arcade games in the world. Features such as a time trial qualifying lap and CPU opposition put the game ahead of its time, even prompting video games website IGN to name it the most influential racing game of all-time in 2015.

As video games continued to advance and home consoles became more popular, F1 made the transition away from arcades. Super Monaco GP (1989) proved a hit on the Sega Megadrive, and enjoyed input from Ayrton Senna for its 1992 sequel, while games such as Grand Prix (1992) started to edge the genre toward more simulation-style features.

The first major successful F1 simulation game was Grand Prix 2 (1996), which was produced for PC by renowned publisher Geoff Crammond. Based on the 1994 season as of that year's German Grand Prix, it featured a full grid of teams and drivers, a full championship mode and complete grand prix weekends.

It allowed for players to adjust the set-ups of their cars, which also simulated technical failures. It spawned sequels Grand Prix 3 (2000) and Grand Prix 4 (2002), the latter remaining highly popular well into the 2000s thanks to a committed modding community. 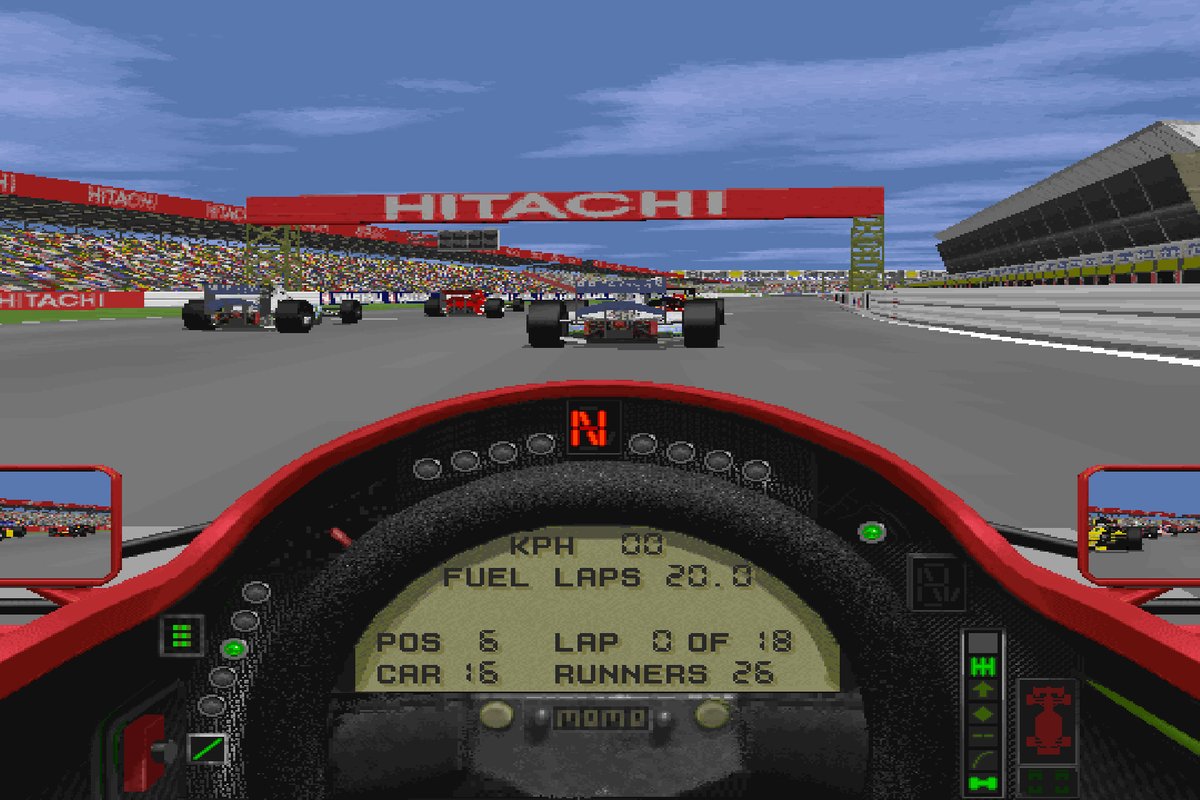 Back on home consoles, the huge popularity of Sony's first PlayStation saw Formula 1 (1996) become one of the best-selling games in the UK. It featured a full championship mode and included commentary from Murray Walker, as well as including a special 'easter egg' in the form of a race track you could unlock which had a layout in the shape of an F1 car.

Formula 1 97 (1997) also proved to be a huge success, even if copyright difficulties over Jacques Villeneuve's inclusion mean he was called 'Williams Numberone'. But a change in developer meant its sequels 1998 and '99 weren't quite as well received, ending a golden age for F1 on the PS1.

The F1 license was shared between Electronic Arts - who continued to produce a yearly edition as part of its successful roster of sports games - and Sony between 2000 and 2003, crossing the launch of the PlayStation 2. EA also produced some off-shoot games, including F1 Manager for PC, which was another favourite for modders as it put players in the team principal's seat.

Sony grabbed the exclusive rights for F1 games from 2003 onwards, limiting it to its own PlayStation family of consoles. Advancements in graphics and gameplay followed, with each of the games also including a full 'career mode'. There was also a growing interest in online multiplayer gaming, with a notable step in all areas coming in the first F1 game made for PlayStation 3, F1 Championship Edition (2007). But with Sony's rights coming to an end, Codemasters picked up the baton, opening the door for multi-platform gaming once again.

Codemasters' first foray into F1 came on the Nintendo Wii with F1 2009, ending a three-season gap without a game. Coming out at the end of the season, it struggled to gain traction and won mixed reviews from critics, particularly due to its limited graphics.

But a huge step forward was made by Codemasters with F1 2010, the first to be released across both PS3 and the rival Xbox 360. Year-on-year, the Birmingham-based publisher continued to make advancements, introducing new features such as Safety Cars and adding extra depth to the career mode as fans looked to emulate their on-track heroes. A Mario Kart-style game called F1 Race Stars was also released in 2012, but remained a one-off within Codemasters' racing portfolio.

The first game for the eighth-generation consoles (PlayStation 4 and Xbox One) was F1 2015, but with F1 2017 came an important landmark for the series: the establishment of an official Esports series.

Enjoying comprehensive backing from F1 as part of Liberty Media's push to engage with a younger demographic, the Formula 1 Esports Series looked to find the fastest gamers in the world in 2017. Following a series of online qualifiers and live semi-finals in London, the top 20 racers were invited to Abu Dhabi for the season-ending grand prix for the grand final, where Britain's Brendon Leigh was crowned champion. 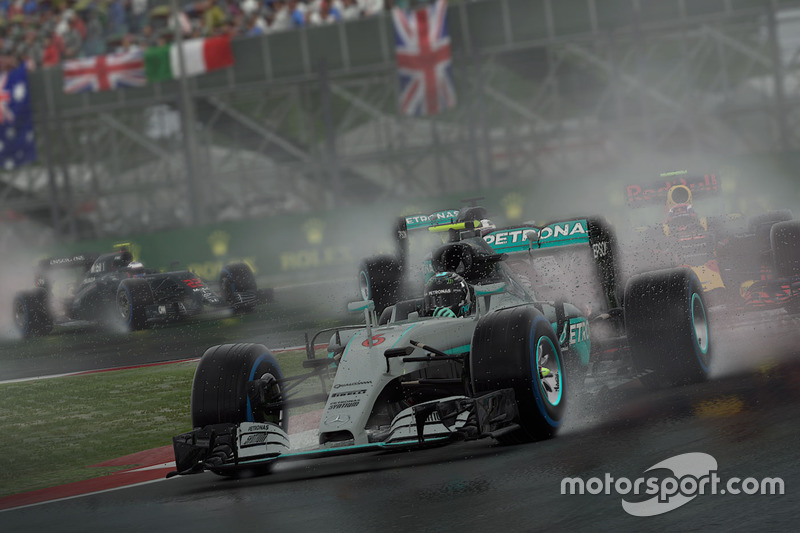 The success of the first season was built upon for 2018 when nine of the 10 teams established Esports squads, allowing them to battle for a virtual championship - and the drivers for a prize fund totalling $200,000. Now representing Mercedes, Leigh was again crowned champion, having become embedded within the team's Brackley facility to hone his skills. 2019 saw Ferrari join the Esports championship - the prize fund again rising to $500,000 - and win the drivers' title at the first attempt through Italy's David Tonizza, who ended Leigh's reign as champion.

But before any details on the 2020 series could be established, an even bigger landmark moment followed for F1 gaming. With the COVID-19 pandemic causing the start to the new season to be delayed, Esports found itself with an increased role to play, keeping fans entertained and offering a way to get their racing fix.

Not long after the first cancellation, a number of events had been created, including a regular series co-produced by Veloce Esports and Motorsport Games. The 'Not the GP' events were held in lieu of races, and featured a mix of real-world drivers including Lando Norris, Nicholas Latifi and Stoffel Vandoorne, as well as celebrities such as Real Madrid goalkeeper Thibaut Courtois and professional golfer Ian Poulter.

F1 also established a Virtual GP Series, with the likes of Charles Leclerc, George Russell, Alexander Albon and Antonio Giovinazzi also becoming part of the grid. Such involvement has helped give an extra level of interest in these Esports events.

With no real-world racing to enjoy for now, Esports has become an important outlet for F1 fans. Not only does it allow them to watch some virtual on-track action and enjoy the kind of battles they often watch on TV every other Sunday, but it has also given them an important way to stay connected to their favourite drivers and racing heroes through the difficult time. There is also the added benefit of helping them stay entertained from the comfort of their own homes while the majority of countries enforce lockdown periods to combat the spread of COVID-19.

F1 gaming has been on quite the ride over the past 40 years - but has never been more popular or more relevant than it is today. 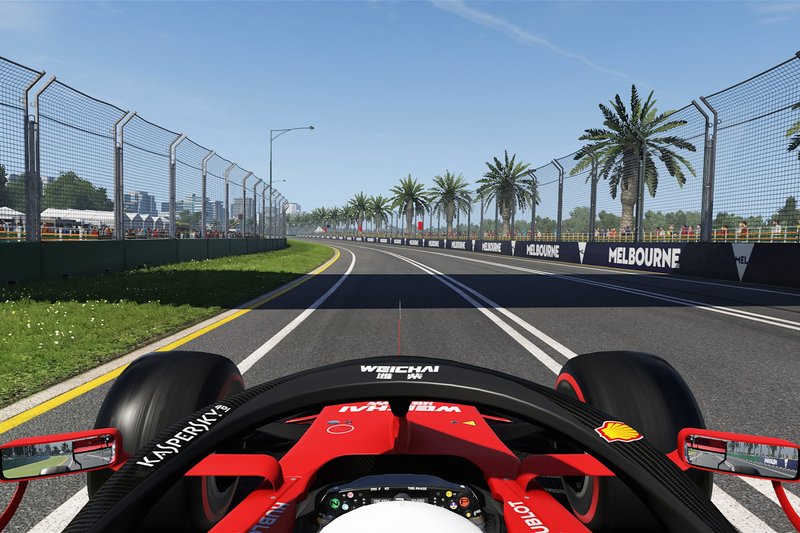 Magnussen: Hamilton F1 radio message was "in the heat of the moment"