Best of the banter – Supercars Eseries Round 2 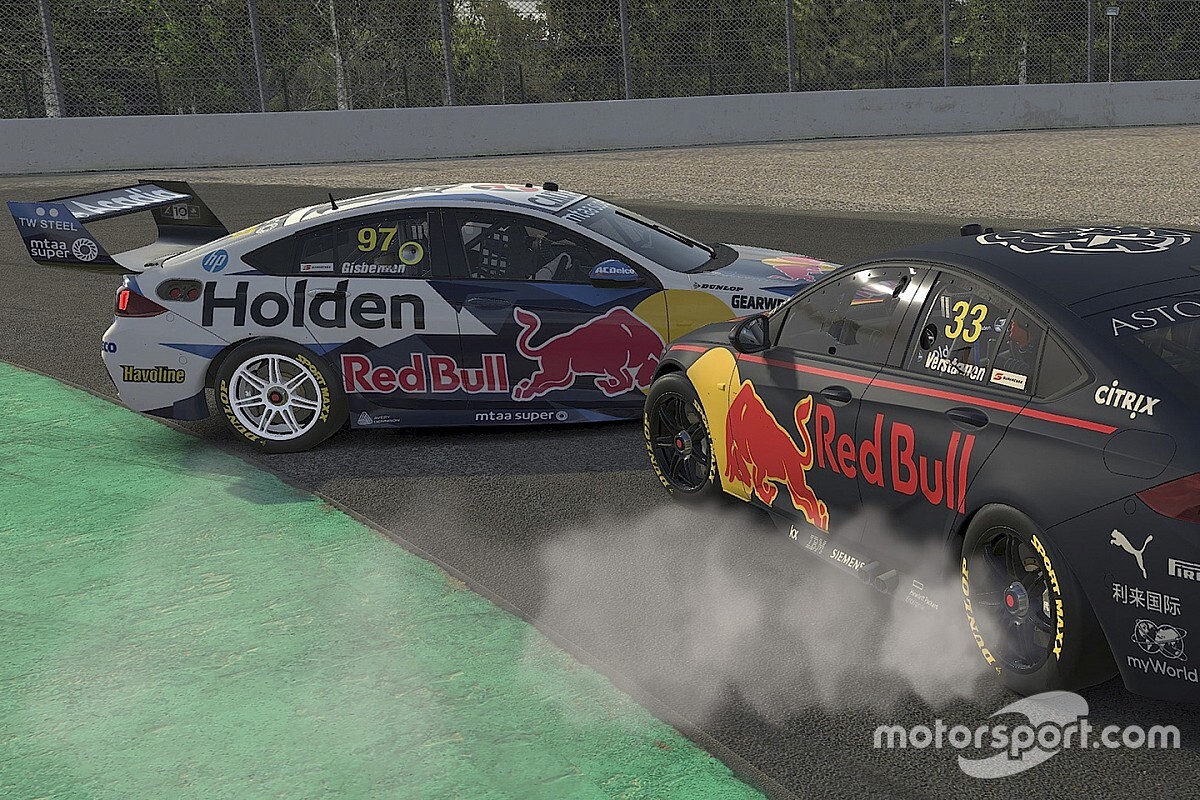 Check out some of our favourite bits of banter between the Supercars aces, and Formula 1 star Max Verstappen, from the second round of the category's Eseries.

Once again, a variety of Twitch streams and the central radio channel linking all drivers provided some brilliant behind-the-scenes insight into the official virtual Supercars series.

Here are some of our highlights.

Scott McLaughlin after running into the back of Anton De Pasquale during practice starts at Silverstone.

"I'm just trying to get some of your sandbags out, mate."

Mark Winterbottom and Fabian Coulthard share a chuckle about some in-game elbows work.

MW: "The little dude in your car, he's got arms and legs and s**t going everywhere.

"I'm telling you the car looks fine. I swear. You could sell it again. You could put it in a Holden car centre and it would be sold after two minutes..."

"Oh well f**k, I would have pitted with a little scratch then as well..."

Scott Pye after being locked out of the start of the second Silverstone race.

"Thanks for advancing warm-up guys. I missed the race. Cheers."

Scott McLaughlin has a little dig at rival David Reynolds, who was replaced by Will Brown for this week's races.

"It's good to see the #9 car actually racing, not crashing."

Vecchio and Verstappen discuss the fastest way into pitlane at Barcelona before the second race.

MV: "Actually, maybe it's better to go flat out into the pits around the wall, because you have a fast repair.

GV: "Do it! Test it! Imagine doing that. I would piss myself. Go full [throttle] into the pits and hope that everything just goes kind of well."

MV: "I just did one and I'm not sure it is actually faster. Also the engine and everything is broken. Let's not do that."

GV: "Let's definitely do that."

Chaz Mostert fires up at the start of the first race at Barcelona.

"Are you guys all serious? Come on. Can't even get a lap without getting taken out."

Vecchio referencing a famous Romain Grosjean quote after some friendly fire between Verstappen and De Pasquale in Catalunya.

Verstappen making no secret of Red Bull team orders after passing van Gisbergen during the stops in the second Barcelona race.

Every round of the BP Supercars All Stars Series is being streamed live and free through Motorsport.tv.