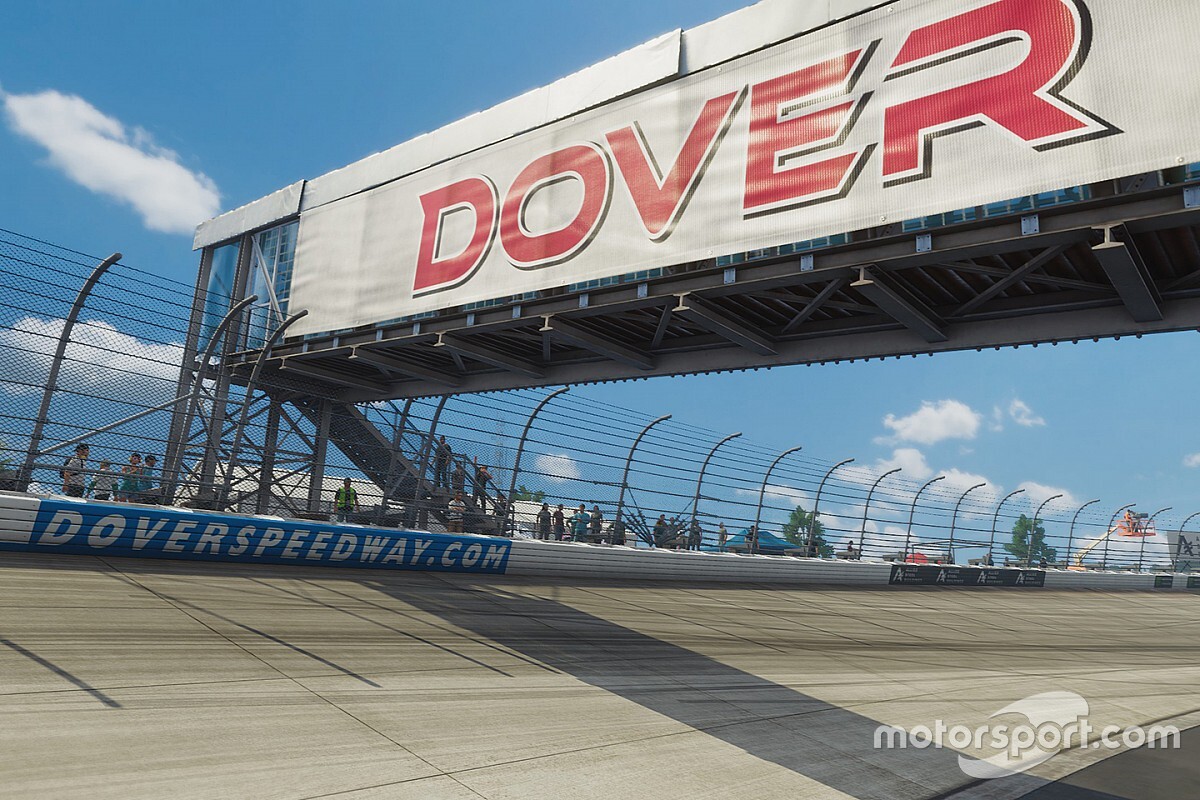 The third round of the eNASCAR Heat Pro League took place Wednesday night at virtual Dover (Del.) International Speedway in a competition with Xfinity Series cars.

First up were the Xbox drivers, who put on a caution-free 70-lap event in which last week’s winner, Daniel Buttafuoco, spent almost the entire race trying to run down pole-sitter Justin Brooks.

Brooks took early command of the race but after 17 laps Buttafuoco had moved into second, where he would remain through two rounds of green-flag pit stops.

After the second round of stops with 20 laps to go, Brooks held a small but steady lead over Buttafuoco, with Nick Walker 6 seconds behind in third.

With 12 laps remaining, Buttafuoco’s challenge to Brooks got sidetracked by his own battle with Jose Ruiz, who was a lap down but on much fresher tires.

Buttafuoco finally let Ruiz by and Ruiz proceeded to spend the final four laps battling Brooks to earn his lap back – a race that looked like it could go badly wrong at any moment. Brooks, however, remained steady and took the victory – his second in three events this season.

“Please don’t run over me – that’s all I could think,” Brooks said of the lapped car of Ruiz running right behind him at the finish. “He had fresh tires and was wanting his lap back.

“Thankfully, he raced me with a lot of respect and he didn’t try to force the issue too much and let us race it out pretty much at the end.”

The PS4 drivers provided another caution-free 70-lap event in their race at the virtual Dover, but there was no shortage of drama.

Cody Giles and Brandyn Gritton were early contenders for the victory but both received pit road speeding penalties during the second round of green-flag pit stops.

That allowed Jason Mitchell to move into the lead with 17 laps remaining and from there it became a three-way battle for the win among Mitchell, Kyle Arnold and Giles.

Giles returned to the lead with nine laps to go only to see Arnold blast to his inside and reclaim the top spot with six to go.

Arnold, who lost out on a victory last week at Watkins Glen when he was collected in a last-lap wreck, held on for the victory and now is tied for the PS4 points lead with Maxwell Castro. Nick Jobes trails them both by just one point with one race remaining in the first segment of the season.

“I just have to go in with an open mind,” Arnold said of his approach to the final race of Segment 1. “It’s all about running your own race. It don’t matter what everybody else is doing. Run your race, run it clean and that’s when your there at the end.”

The eNASCAR Heat Pro League, a collaboration among Motorsport Games, NASCAR and the Race Team Alliance, features 14 teams and is played on NASCAR Heat 4. Each team features one Xbox player and one PlayStation 4 player.

On Wednesday, 704Games, part of the Motorsport Network, announced the newest version of the NASCAR video game franchise – NASCAR Heat 5 – will launch in July. Pro League play will move to NASCAR Heat 5 later this season.