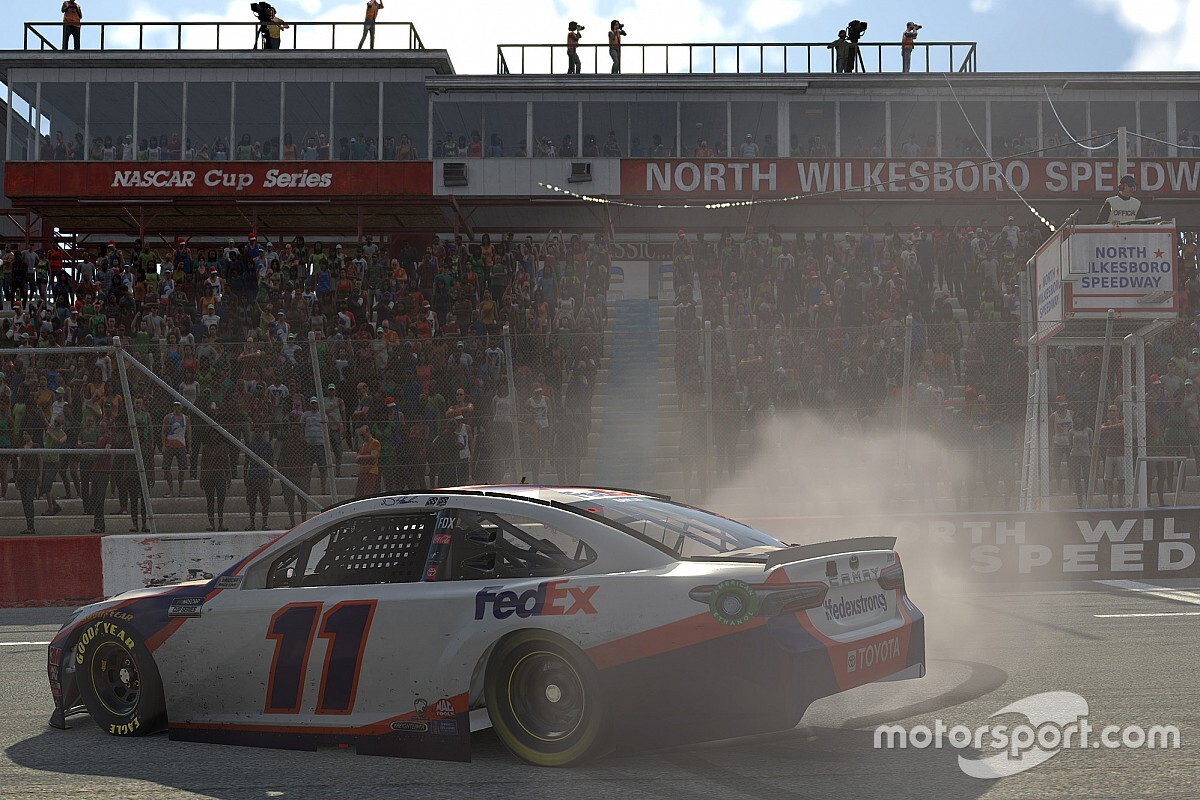 Denny Hamlin made his way around Ross Chastain late in the race to take the eNASCAR Pro Invitational Series win at North Wilkesboro.

After an invert, Cole Custer was granted pole position for the 160-lap Pro Invitational Series finale at North Wilkesboro, a newly scanned iRacing track and a circuit NASCAR hasn't competed at since 1996.

The first caution came early after contact between Hamlin and John Hunter Nemechek -- two drivers that had a run-in last weekend at Dover as well.

Ryan Preece moved into the lead on Lap 13 and held onto it until the next caution on Lap 30 when Michael McDowell and Erik Jones hooked each other.

Chastain stayed out and inherited the race lead, but Preece would take it back soon after.

On Lap 53, the frontrunners dove back down pit road with the exception of seven drivers led by Christopher Bell and Dale Earnhardt Jr.

There was then a rash of a cautions before a lengthy green flag run where Hamlin was able to get under Bell and move into the lead.

A late caution caused a split strategy throughout the field with some drivers opting for two-tires, others like Hamlin and Earnhardt going for four.

Chastain was back into the lead and held onto the race lead until nine laps to go when he got sent sideways up the track off the nose of a charging Hamlin.

"I knew we had the fastest car. Just getting through traffic, got in that early incident and had to use my 'fast repair' right off the bat, do that wasn't advantageous for us but we were able to methodically make our way back up to the front," Hamlin said. "I took the lead there on that long run - had a great battle with Christopher (Bell). I wanted to control the race but I definitely didn't think those two tires would hang on as good as they did. We didn't have as many laps toward the finish that I thought we'd have.

"I got a good restart, got to third, was able to get to Timmy (Hill) pretty quick and once I got to Ross (Chastain). He tried to cut down and we were just battling right there. That was a great finish there. It's just two guys going for the same spot."

Earnhardt got caught up in an incident late and fell back, ending what was a solid top-five run for the man responsible of bringing North Wilkesboro to the sim racing community.