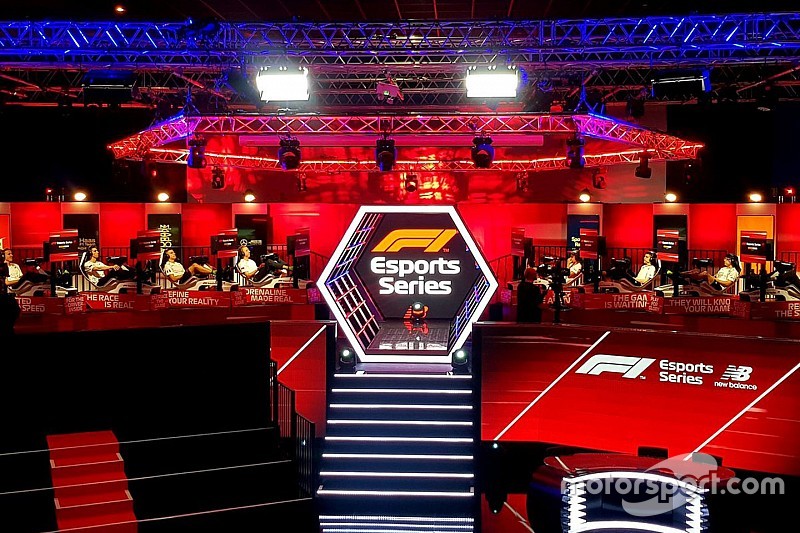 Formula 1's 10 teams have each signed an Esports driver in the annual Pro Draft event ahead of the third season.

This year marked the first occasion that every F1 team got involved, with Ferrari making its virtual debut in the latest F1 Esports season which boasts an increased prize fund of $500,000.

As the newcomer to the championship, Ferrari made the first selection choice. The Scuderia had 30 drivers to choose from, 24 of those qualified over a series of qualifying rounds, and were joined by six drivers who were released by their 2018 teams.

Ferrari signed Italian David Tonizza, who finished an impressive second in his pre-event qualifying heat, where 11 drivers were eliminated from the process the day before the main event. At a wet Silverstone, he showed his excellent racecraft with a last-lap pass for second place.

Shields was beaten in his heat by British driver Lucas Blakeley, who missed out on a spot with an F1 team in last year’s draft. Blakeley had better fortune this year, earning a drive with Racing Point.

Racing Point has already revealed it will retain its 2018 driver Marcel Kiefer and partner him with F1 Esports debutant Daniele Haddad.

Isaac Price was already affiliated with Williams Esports but he was another to miss out in last year’s draft. Like Blakeley, his fortunes were reversed and was Williams’ first choice.

Allert van der Wal and Kimmy Larsson were the only two of the six 2018 drivers to find a seat elsewhere. Ex-Alfa Romeo driver van der Wal was picked up by McLaren, while Larsson moves from Renault to Alfa Romeo.

Red Bull strengthened its line-up with Nicolas Longuet in its main Red Bull team and Manuel Biancolilla the surprise pick for Toro Rosso.

Dutchman Floris Wijers was picked by Haas, and will likely be partnered by the returning Martin Stefanko.

Among those missing out were Sonuc Saltunc, brother of Alfa Romeo driver Salih, and 2017 finalist Italian Gianfranco Giglioli, who finished second in his heat.

The first race event of the third season will take place on September 11, while qualification for the 2020 season will open on July 22.