MotoGP 20 marks Milestone’s most ambitious instalment in the franchise so far, with an April release date, a revamped career mode and the reintroduction of historic bikes.

This unprecedented early release date – just days after the fourth round of the real-life MotoGP season was supposed to take place prior to its cancellation – immediately raised concerns over the quality of the title.

Fortunately for fans, Milestone’s boldness has paid off with a redesigned handling model and extra content that makes this far more than MotoGP 19 with 2020 bikes and riders. The handling model – as with any racing game – will not be to everyone’s liking but it does a good job of balancing simulation with accessibility.

There is a lot more feel to the way the bikes move, especially in the low-speed corners of the 20 current MotoGP circuits as well as two classic tracks – Donington Park and Laguna Seca.

Career mode has earned the biggest attention from the developers and the results are evident from the off. Gamers can start in the frenetic Moto3 series and work their way up to the top class, or you can just jump straight on the top machinery.

As in real life, this would be inadvisable, given the steep learning curve of the MotoGP bikes. With the addition of options to control your fuel, brakes and level of traction control while riding, it can be a little overwhelming for casual gamers new to the franchise.

The game, unfortunately, does little to shallow this learning curve, and it runs a slight risk of alienating new fans just moments into them picking up the game. There are of course a range of driving aids available and, as expected in all racing games now, a difficulty slider.

The problem with the AI difficulty however is its consistency, and the fuel mapping has a similar issue. From track to track, both are inconsistent with the former especially frustrating. You regularly have to change the difficulty each weekend once you have done a practice session.

On the positive side, those practice sessions now have development tests that make practice sessions far more useful, as you earn research points to develop your bike, similar to what Codemasters has implemented in its Formula 1 franchise in recent years.

You can also take part in test sessions prior to and during the season, adding a further element of immersion not common in other annually released racing game series.

The enhanced career mode also contains a personal manager, who will manage negotiations with other teams across the three classes. Picking the right manager with the correct skills has a genuine impact on how you progress up the ranks.

Your technical staff management is also critical and allows gamers to influence the direction of the development of the bike in-between races. You have the choice of where to allocate your available staff in the research and development section, whether that be to your engine, frame, aerodynamic or electronics department.

It gives gamers the great dilemma of staying on a KTM or Aprilia and developing it to the front or just switching to a Honda or Ducati. All riders, unfortunately, remain with their original team throughout the career.

Sadly, there is no Red Bull Rookies Cup and perhaps more disappointingly a lack of MotoE considering its MotoGP support status and future potential. This is likely a consequence of the early release date, and there is plenty of historic content to fill that void.

The historic mode makes a welcome return to the franchise, with a multitude of bikes and riders from the two-stroke and four-stroke eras. These feature in a separate game mode, where gamers play randomly generated challenges ranging in difficulty to unlock more historic content.

Developers often struggle to properly utilise historic content in games, but Milestone’s effort in MotoGP 20 is solid compared to its competitors.

The customisation elements of the game are also strong with editable liveries, helmets, and other rider gear. Gamers can also search for user-created content to apply to their in-game rider.

Graphical details have minor improvements, with a big leap expected for the next title, which should be releasing on the next-generation of consoles next year.

Multiplayer also seemed solid at the time of release with dedicated servers, which will be particularly important for the first Virtual GP in May and the upcoming fourth MotoGP Esports season.

The quality of this game will be particularly important to motorcycle fans devastated that half of the real-life season has already been postponed. Milestone has delivered another solid entry into the series, which will provide fans with plenty to do until the racing action gets underway again. 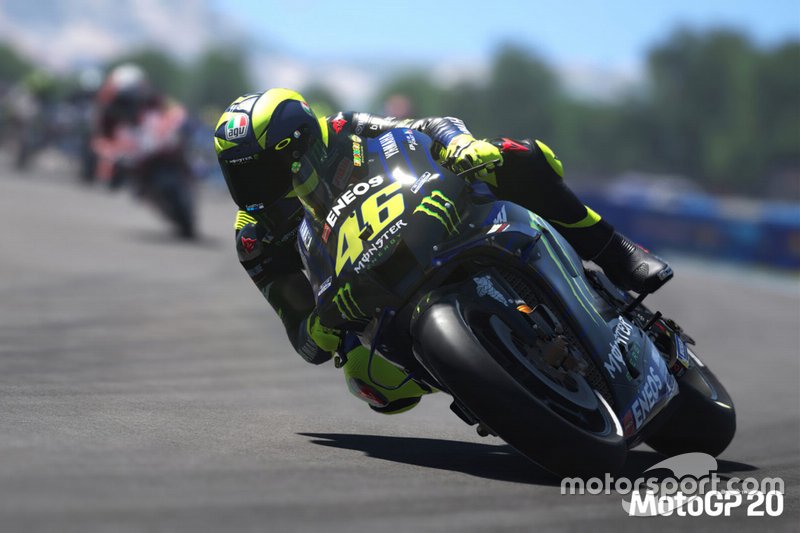