Get to know the eNASCAR Heat Pro League Hendrick drivers 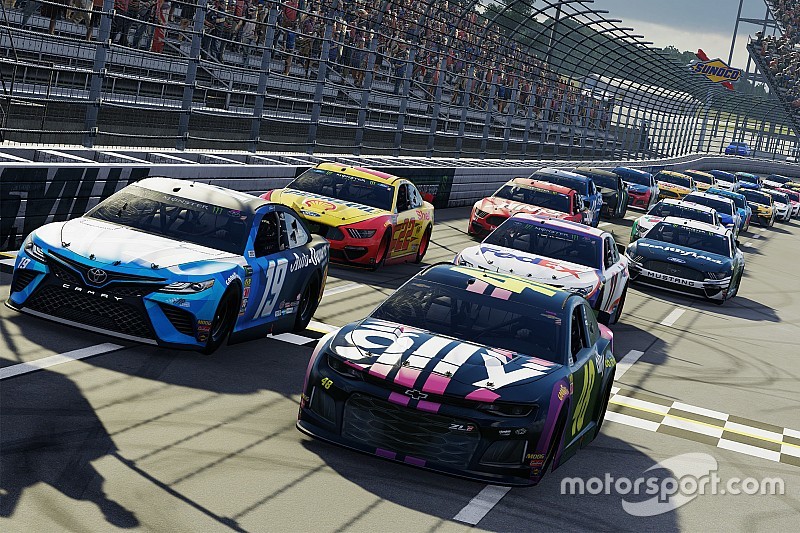 Ahead of the season-opening race to be held Memorial Day weekend, Motorsport.com will feature drivers from each team that were drafted earlier this year.

The drivers, one each selected to participate in the PlayStation and Xbox divisions for all 14 participating NASCAR teams, will compete in the 16-race season.

The next team to be feature is the Hendrick Motorsports race team and their two first draft picks Sam Morris and Nick Jobes.

“NASCAR 09 on Xbox 360 literally brought me back to loving NASCAR. I have played every NASCAR game since NASCAR Thunder 2003 on PS2.”

Why do you prefer using Xbox?

“I love the competition, and the NASCAR Heat online community is really awesome. I also think there is so much potential to change people’s lives through gaming.”

“Time management is key. In my spare time I have been practicing at each track so when the season starts, I should be prepared. I raced over 1,300 races in one month and probably over a thousand more since.”

“I’m in my final year of earning a bachelor’s degree in economics and management at IU Southeast. I currently work as a construction manager and baseball tournament director. I love the ocean, sea life and marine biology.”

“It definitely helped me growing up. I was able to do what I knew I couldn’t do in real life with actual racing. Being able to sim race really helped. It’s a dream of mine to compete on a real track.”

Why do you prefer using PlayStation 4?

“I chose PS4 because other games like MLB The Show and Gran Turismo are Playstation only. I’ve owned both Playstation and Xbox. Some games are dependent to certain consoles.”

“I believed I could compete with the best. I just started playing the game in December, so I knew my lack of experience was going to make it tough. I raced in online leagues when I was a teenager. I loved the intensity. It’s the closest I could get to actual racing. Add to that the opportunity to be a part of a NASCAR team, it’s honestly everybody’s dream.”

“I’m a tax accountant, so I am used to the grind. It’s about getting in the right mindset to focus on one lap at a time, to get better and to be prepared for each and every race.”

“I have one brother who lives down in Virginia. He is in the Navy. I’m a tax supervisor at a CPA firm and have had my CPA license since 2015. I enjoy anything that involves the stock market or investments. I graduated from Monmouth University in 2013. I majored in accounting and studied abroad in London my senior year.”