As revealed in a recent live stream, a new BMW concept racing car has arrived, for free, in PC simulator rFactor 2. It launched alongside the Autodromo Nazionale Monza, so we thought that there’s no better location to test out this new racing thoroughbred than the hallowed Italian turf.

Let’s start with the car. Yes, you read that correct, it’s free for all rFactor 2 players – a gift from Studio 397 and the Munich-based powerhouse.

The BMW M4 Class1 is a depiction of what a more hardcore M4 racing car could be. ‘Class1’ referring to something akin to the current Super GT rules in Japan.

So, there’s an aggressive aero setup, including a gooseneck rear wing, a six-speed paddle-operated gearbox and a front-mid mounted four-cylinder 2-litre turbocharged engine, the power of which is translated onto the road via four sticky, slick, Hankook tyres.

This car means business. With the purposeful design of the current M4 working in harmony alongside a bevvy of aerodynamic aids and yellow-tinted headlines like a 1980s Parisien taxi. When one powers up behind you into your rear-view mirror, it’s hard not the be bullied off the road.

It’s unadulterated aggression, which translates into the driving experience too.

Out of the box, the gear ratios are shorter than a Hobbit, the torque loves to spin up the rear wheels and the engine loves to rev higher than you may expect. You need to wring its neck to get the most from it. 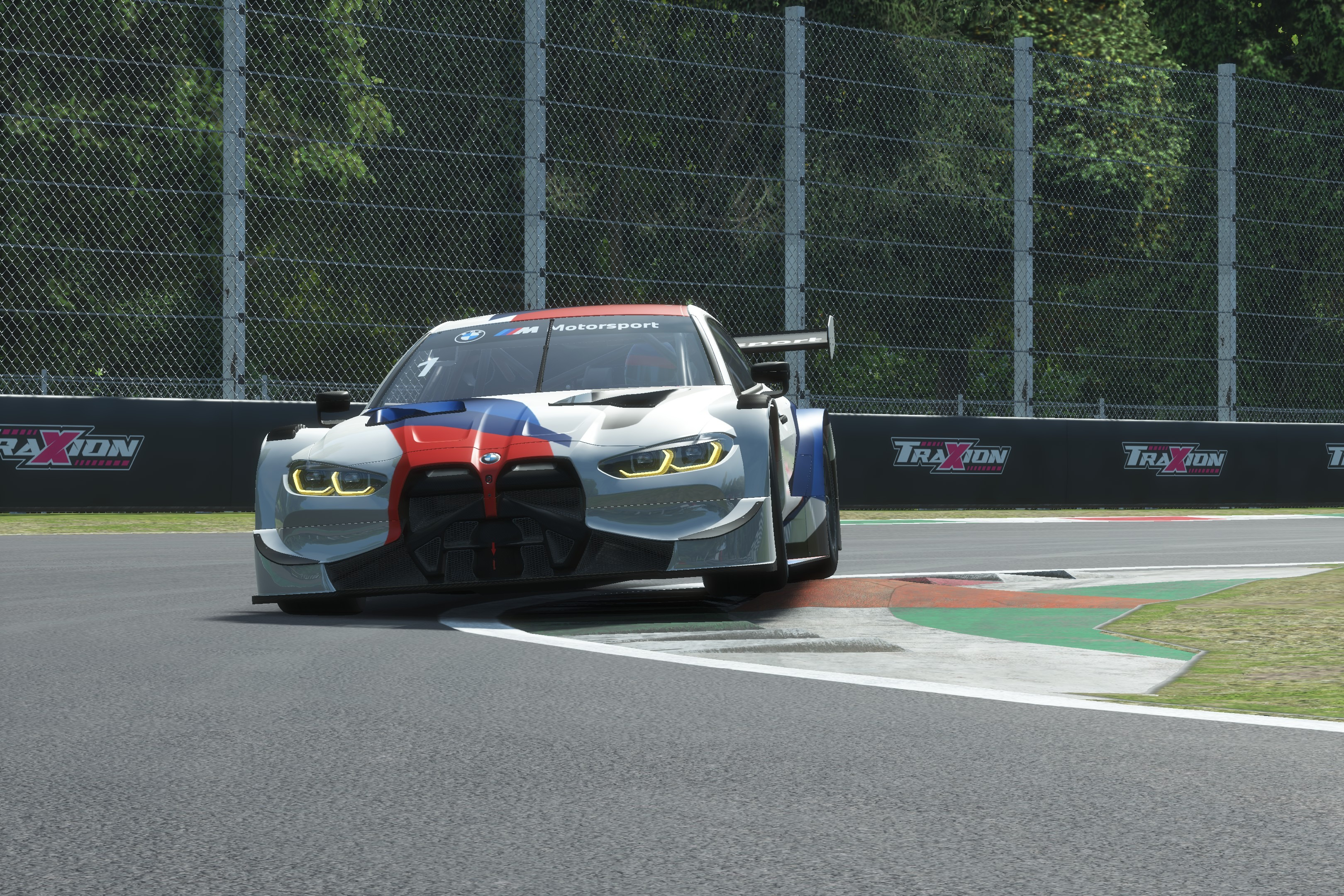 You need to treat it with a unique mix of respect and violence. Respect when you are accelerating out of tight corners, unless you want to spin, and violence to make the most of the downforce through the quick sections.

That’s before we get on to the drag reduction system (DRS), which opens a flap in the rear wing and thus allows air to pass through. With this engaged, your speed down the straight will increase, but if you even think about using it through even a slight corner, you’ll be spinning quicker than a fairground Waltzer.

In one word: savage.

As a sim racer, isn’t that what you’re looking for? A new challenge, something to stick your teeth into. This is a car that you will have to learn, tweak the setup of and understand its idiosyncrasies. When you do master it, the success is so much sweeter.

Especially if you’re mastering it around Lombardy’s premier racing venue. 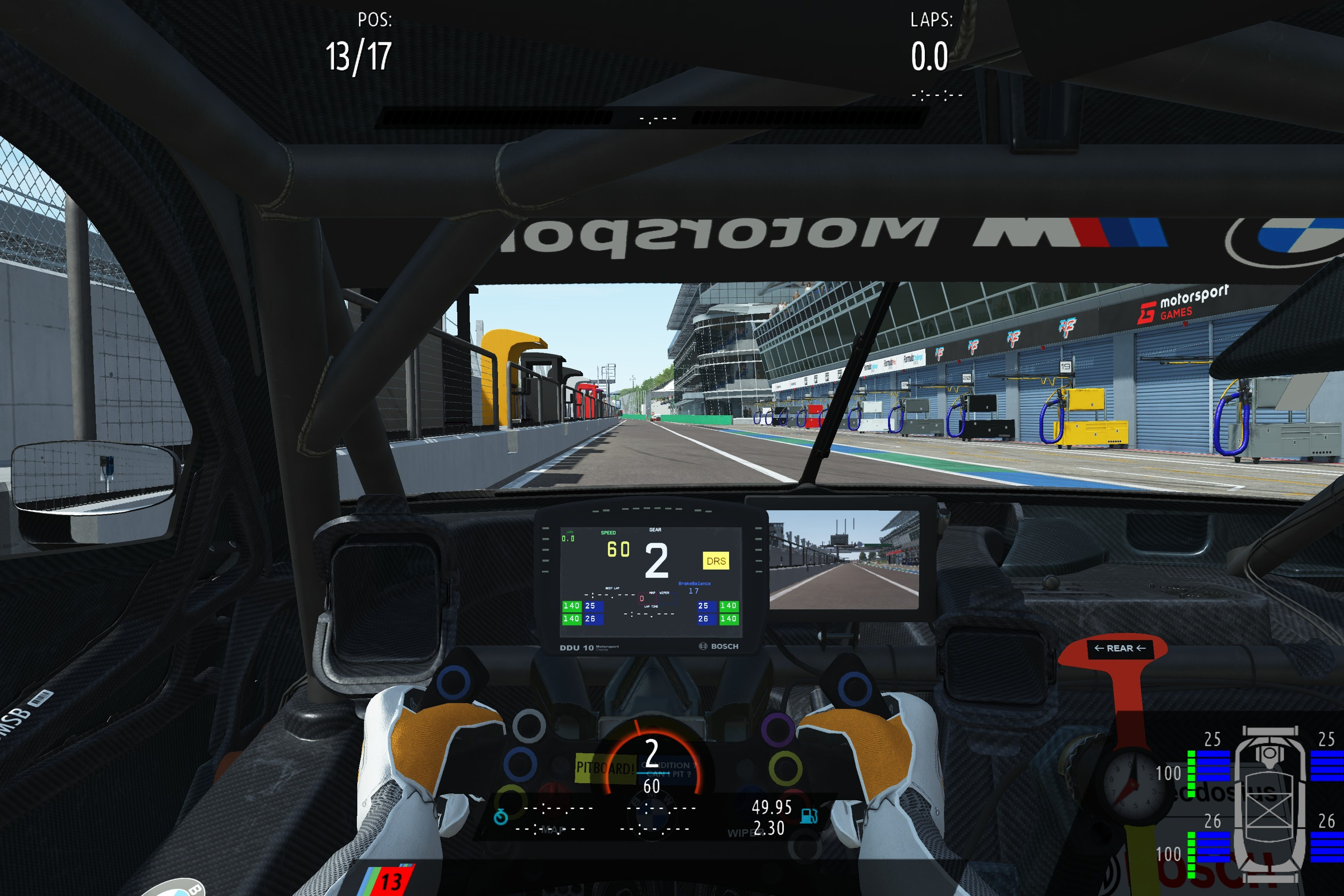 Steeped in history that I’m sure you’re already well versed in, I’m going to avoid all the stereotypes relating to red cars, rabid fans and pasta. But, as soon as you visit Italy, you realise that these tropes exist for a reason – the country is car mad.

Thanks to the crazed Tifosi and storied history, Monza is seen in many racing video games and simulations. But, somehow, I never get bored of it.

The layout is very basic. Some long straights, three chicane and only three ‘proper’ corners. The asphalt is littered with those annoying sausage kerbs too, which on any Hermann Tilke designed circuit would wind me up something chronic. But somehow, because Monza, because history, because Italy, they are part of the charm here.

Nicking one with just the right balance of tyre to make the car wobble but not crash is more satisfying than a whole bar of Dairy Milk. 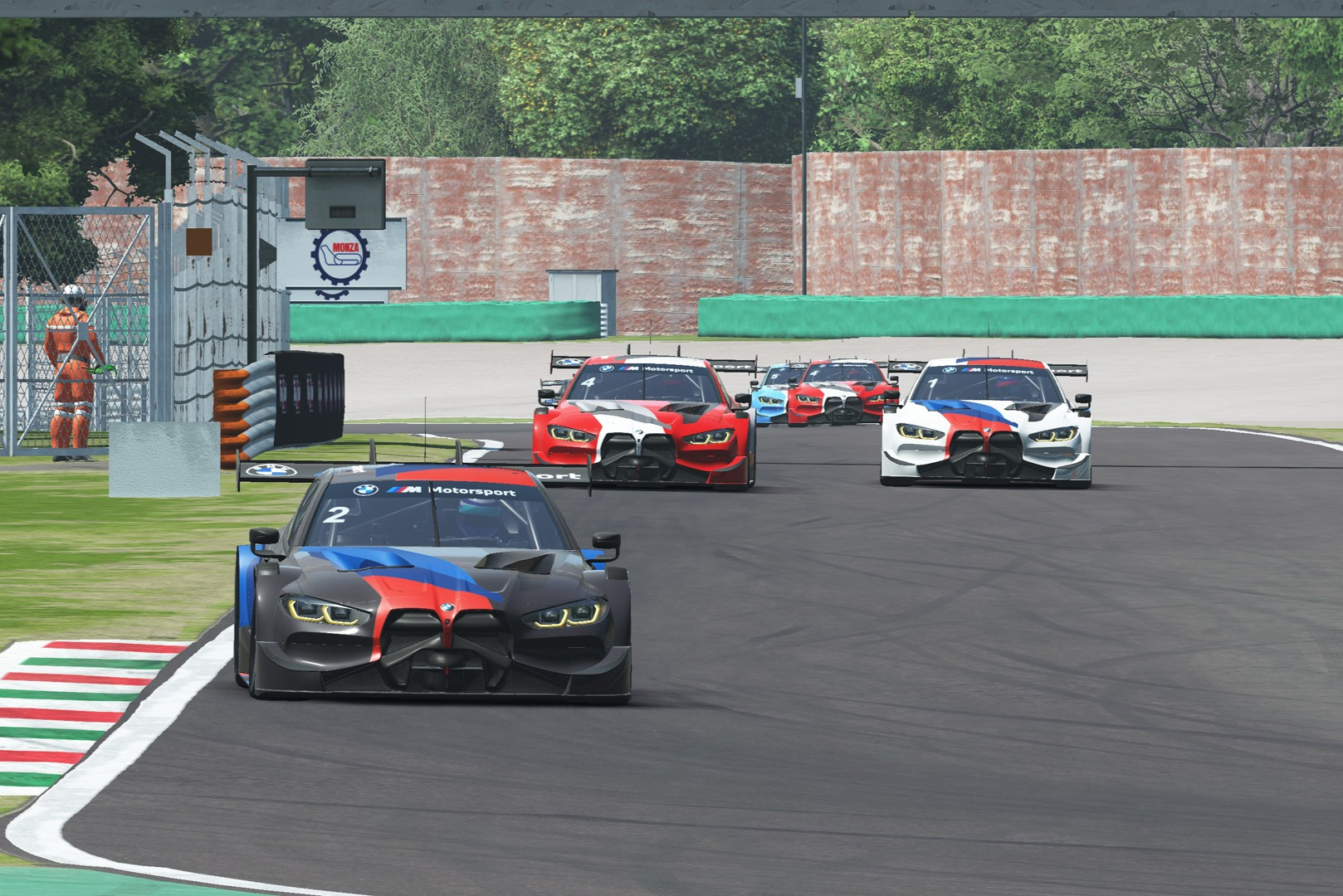 That highlights why it works so well within rFactor 2.

Racing drivers and far-too-serious sim racers are always talking about “The Feeling” as if it’s some kind of Marvel superhero.

“Oh, I struggled with ‘The Feeling’ today” they will say post-race, or “I just don’t think ‘The Feeling’ is correct” when they talk about playing with a gamepad in lieu of a wheel peripheral.

‘The Feeling’ has become almost mythical. Something allusive to chase after. Part of virtual racing parlance.

Really, I think what they are trying to say is that the combination of graphics, sound, motion and force feedback that creates the sensation of driving isn’t matching expectations. 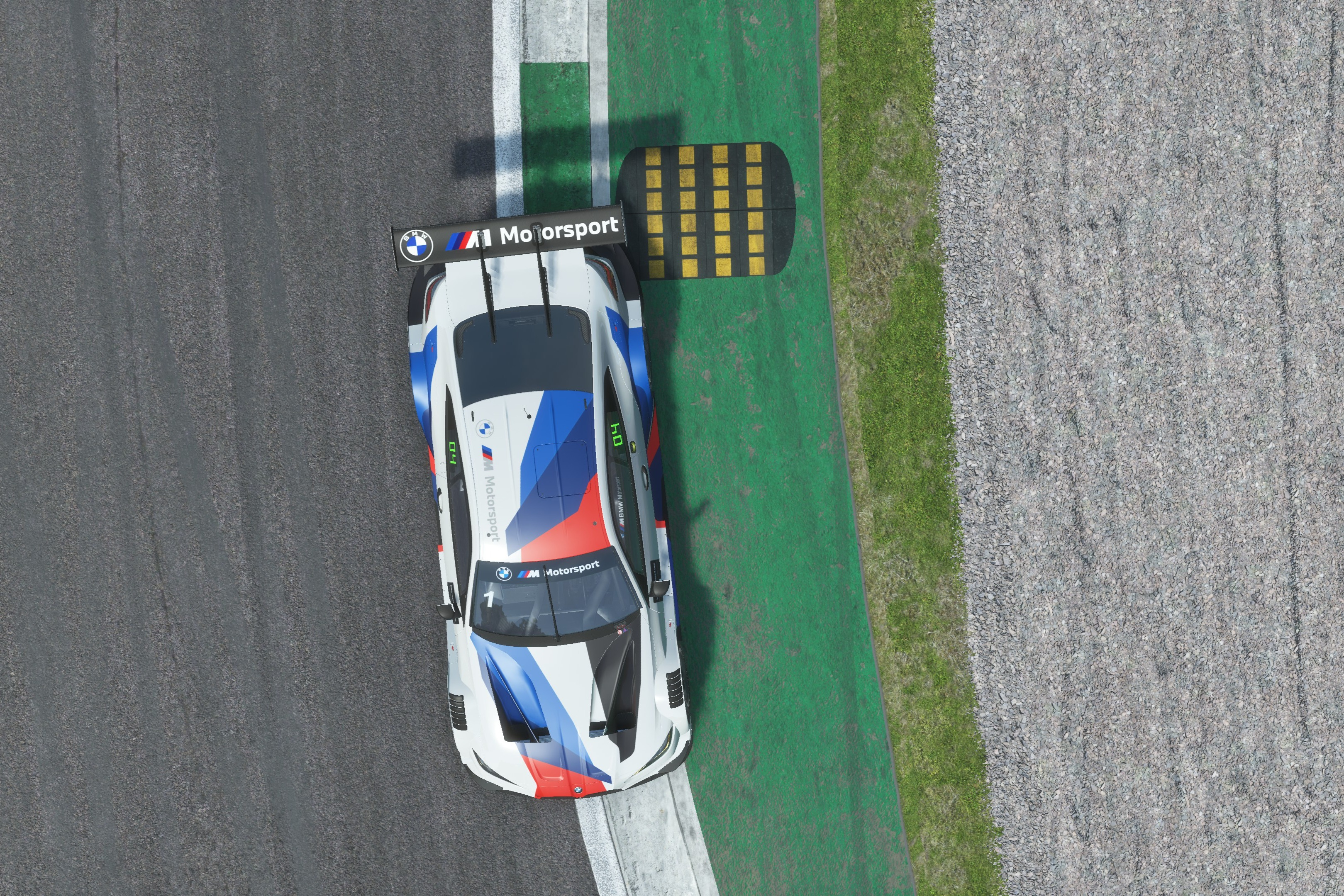 But trust me when I say that clipping an apex atop of a Monza kerb in rFactor 2, especially when using the BMW M4 Class1, is right up there as one of the very best racing sensations. You may have done a million laps of the venue in other racing titles, but very few have ‘felt’ quite so accurate.