With the latest official game of the FIA World Rally Championship, WRC 10, launching in September, we played an early preview version to see how it's shaping up.

The official game of the FIA World Rally Championship has had a long and tumultuous history. Starting out back in 2001 as a PS2 exclusive created by Evolution Studios, the yearly release switched to Italy’s Milestone for four years between 2010 and 2014, before the reigns were handed to French racing game developer Kylotonn in 2015.

Faced with a seemingly impossibly tight deadline to turn around its first game, WRC 5, each subsequent year has brought with it a suite of changes and new content, but none really hit the spot until 2020’s WRC 9.

In the previous games all the official drivers, cars and teams were present, there was a lengthy career, online multiplayer, esports events and even more stage variety than a DiRT Rally title. But they reminded me that the most important element you need for a successful racing game or simulation is satisfying vehicle handling characteristics.

The key ingredient that turns a good game into a great game, like a sprinkling of vinaigrette atop a fresh salad.

WRC 9 was the title to finally breakthrough in this department, and something that the series had been lacking for over 10 years.

But that left the Parisien studio with an uphill struggle because, where do you go next for this year’s WRC 10?

And then the pandemic hit

Well, for one, back to the drawing board for the included locations. Covid-19 has affected game development in many ways, but when you are trying to make a yearly motorsport release that is officially licensed and the real-life calendar keeps changing at the last minute due to the pandemic, the team must be chasing their tales ahead of the upcoming September release.

The 2021 WRC season includes no less than seven new rallies out of the 12 in total, far more than any season in recent history. 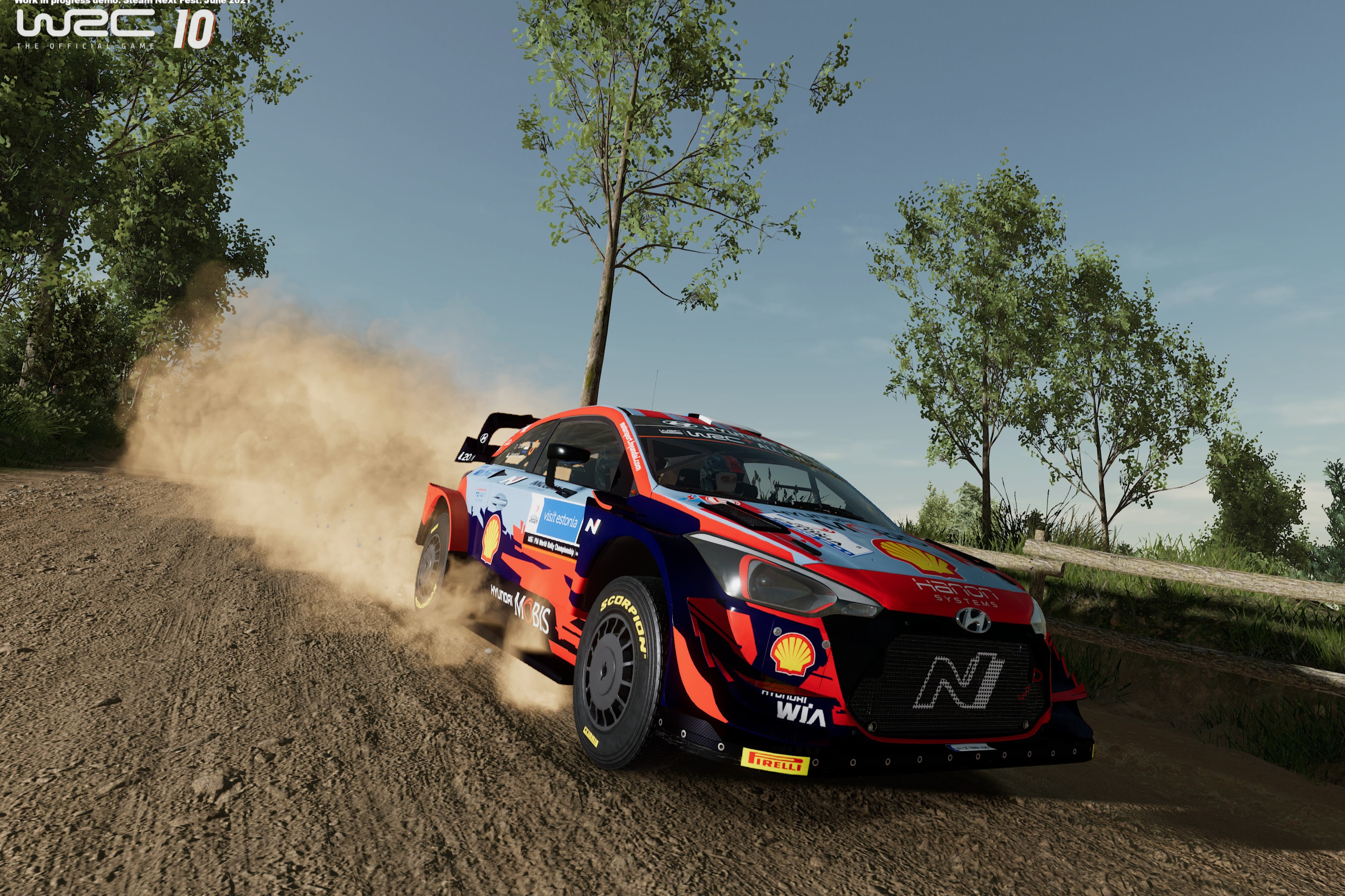 Okay, so the Safari Rally Kenya and Rally Japan were both created for WRC 9 already as those events were ultimately delayed by a year. But the Spanish round is all-new for this year, taking place purely on asphalt, while Ypres Rally Belgium and the Croatia Rally are fresh additions too.

Estonia was new to the WRC last season but arrived too late to be included in last season’s game, so also makes its debut in WRC 10.

Then there’s the curious case of Sweden and Greece. Rally Sweden, typically a snowy winter event, was cancelled in real life due to the pandemic earlier this year and was replaced at the last minute by Arctic Rally Finland. However, due to the timescales involved, WRC10 will still feature the Swedish event in lieu of the Finnish round.

Greece meanwhile was luckily created for the new 50th Anniversary section of WRC 10 – more on that later – and was added to the real WRC 2021 calendar in late March. Now Kylotonn will be fortuitously able to add these stages to the main part of the game. 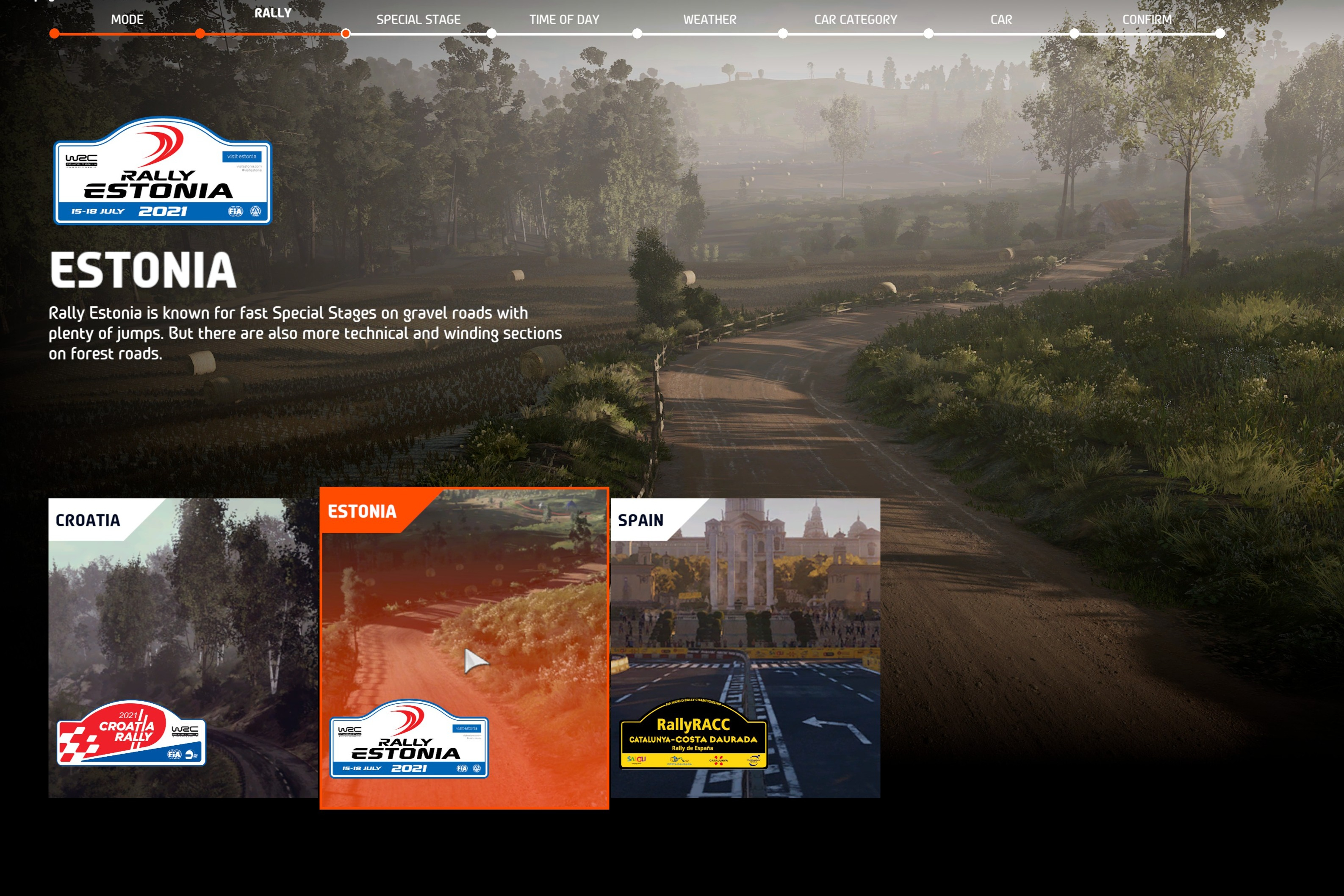 If that all sounds rather confusing, it is, and for the hard-working team it must be a nightmare to sort out.

To recap, Croatia, Spain and Estonia will be in the game from launch, alongside Sweden, Kenya and Japan carried across from WRC 9, while Ypres and some updated Greek stages will be free updates after release, but Artic Rally Finland is an omission. Meanwhile, Chile and Wales Rally GB from previous games are included as a bonus. Phew!

It's not their team, it's my team

One element that remained static in recent years has been the main single-player career mode. In fact, WRC 9’s felt identical to WRC 8’s. There isn’t a revolution in this year’s game either, but there are at least set to be some changes. 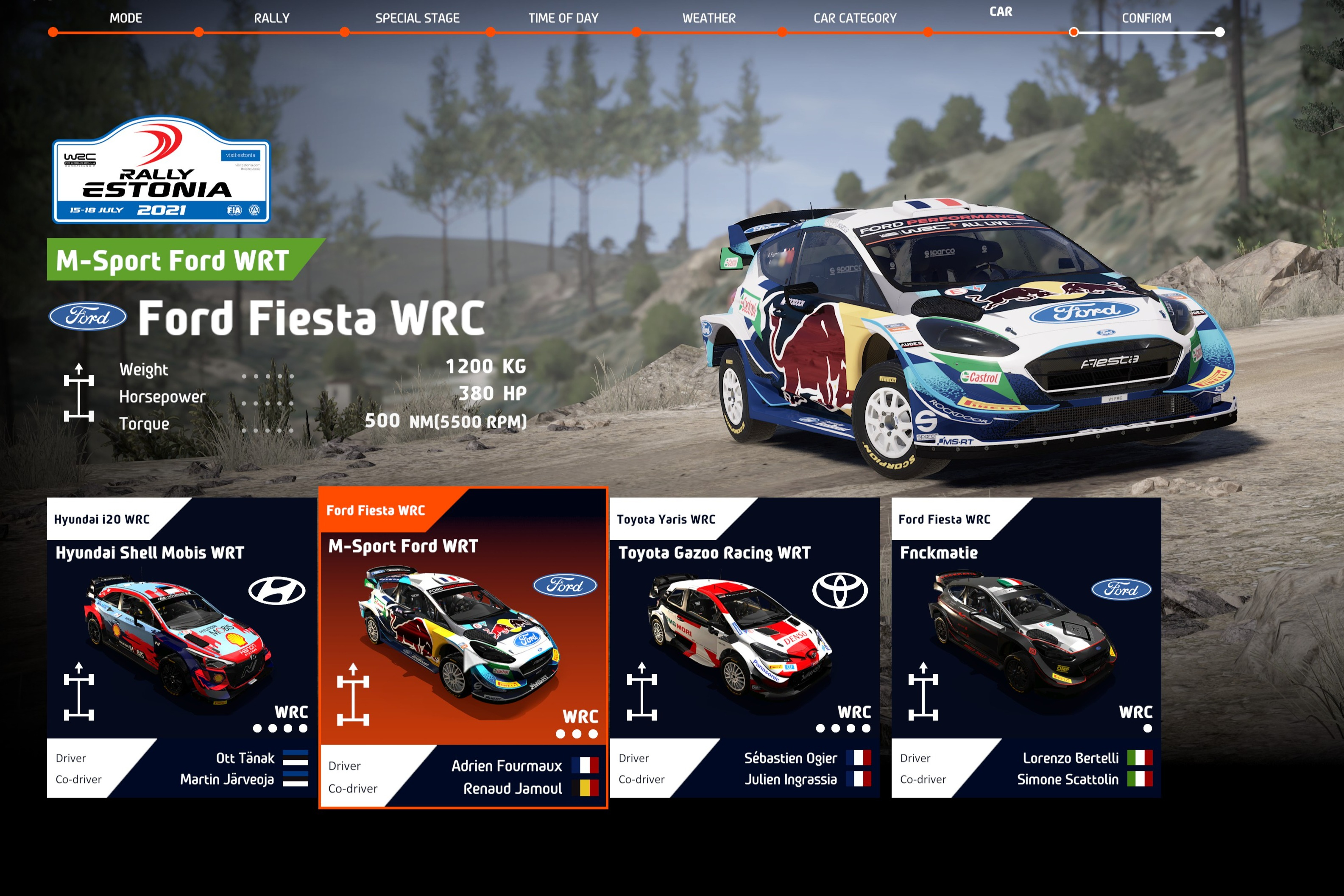 We couldn’t go hands-on with this mode during our preview for WRC 10, but briefly there will be an updated R&D skill tree, a new hub for team management and for the first time ever, you will be able to create your own team that even includes your own custom livery design and sponsorship management.

If that sounds akin to F1 2020’s My Team mode, you would be correct, and in theory, is a logical step forward for the series.

50 years in the making

Aside from a volley of new stages, the other big-ticket item is a WRC 50th Anniversary mode. This will see you play through historic moments from WRC history via a series of over 20 challenges.

Older cars have featured in previous WRC games, but now the period-correct liveries, drivers and co-drivers will be present, and a long list of new additions will be added to the roster.

Again, we haven’t had the chance to play this yet, but we now know that cars such as the Group B Peugeot 205 T16, Subaru Impreza WRC from 1997, Mitsubishi Lancer Evo V and Fiat 131 Abarth will be included alongside others, with 22 in total.

The venues will include Greece, New Zealand and all-new San Remo, Italy, stages created just for this mode. These will be mixed with some pre-existing stages modified slightly to have more of a retro vibe thanks to new crowd animations.

All of that sounds rather lovely, but I’m sure what you’re all here for is footage and impressions of the new stages. It’s also worth noting that elements of the physics have been updated too, with revised aerodynamic, differential, ECU and suspension properties.

In this preview build, we were able to try one stage from each of the new Estonia, Spanish and Croatian locations, with a reversed variant to boot too. Only the top WRC class was available, so it took us a while to adjust to the crazy cornering speeds these beasts are capable of. 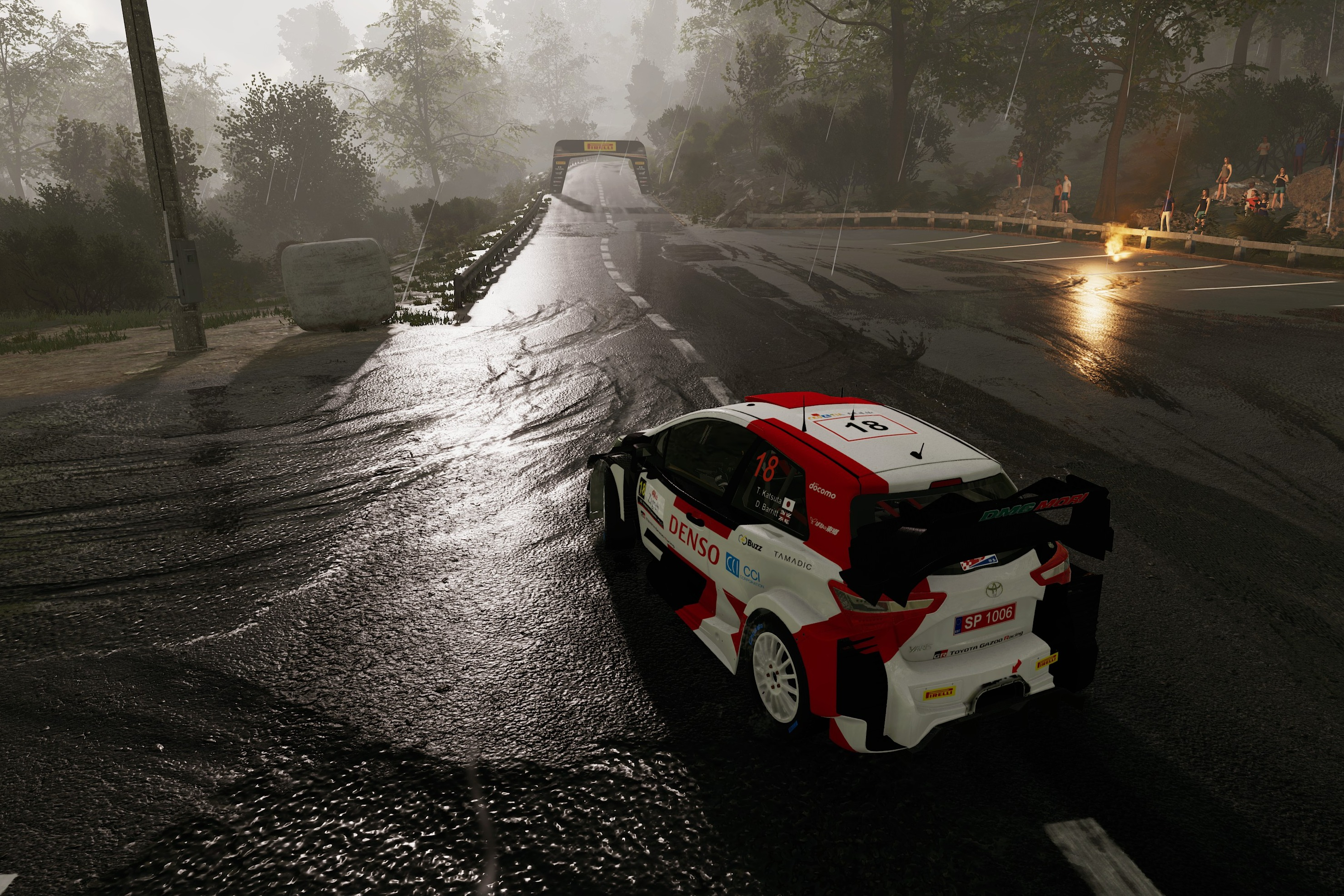 Each new location has a unique challenge that is in keeping with its real-life counterpart. Estonia, for example, is all about high-speed blind crests on smooth gravel, while Croatia is a surprising rapid asphalt affair. Spain, meanwhile, is tight and twisty.

So tight and twisty in parts, however, that the wide-body WRC car barely fits down a section of stage that you must crawl through slower than me trying to ride a bicycle uphill after six pints.

Patience is a virtue, but goodness only knows how someone playing with a gamepad will be able to navigate it without scraping every panel of the car. 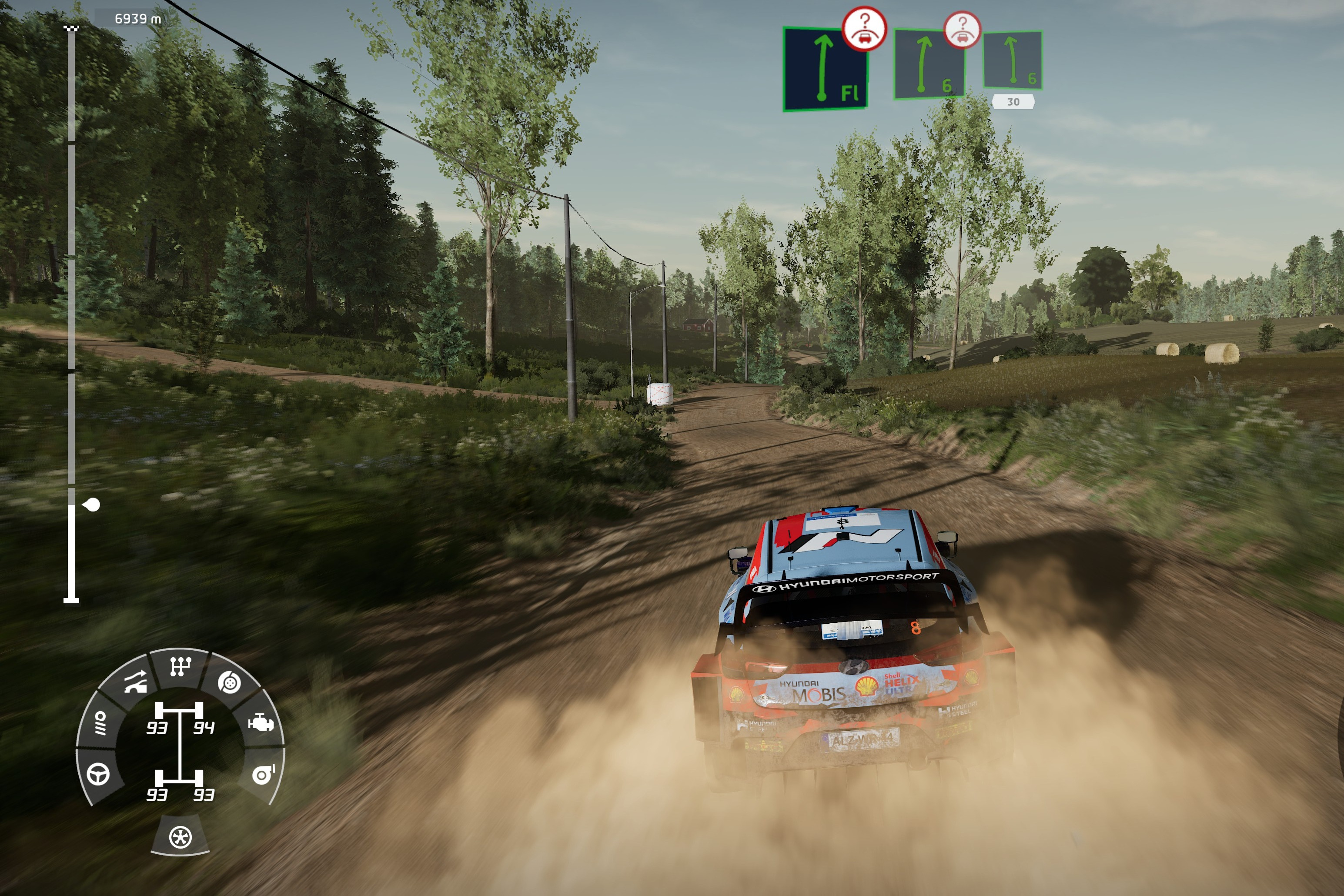 Getting your brain into gear is almost more important than using the right mechanical gear. It takes a certain state of mind to gel with the handling, the stage and your co-driver calling the pacenotes. You must work up to a quick stage time bit by bit, avoiding over-driving and making more mistakes.

Of the three locations we could briefly try, Estonia was the one that left me wanting more. The high-speed nature of the stage puts your reactions to the test.

It also highlights one of the smaller updates to this latest WRC game, as additional vegetation and stage-side furniture have been added, such as destructible fences and shrubbery. All environments seem to be more detailed than in previous instalments.

One slightly odd element to this preview build is the sound of the WRC machinery. Distinctly different from WRC 9, I found it hard to hear the engine revving when slowing down, making it difficult to judge speed and gearshift timing.

Similarly with the steering wheel optimisation, using a Thrustmaster TX-XW on this occasion, seemingly not quite reacting as quickly as I’d like despite playing with multiple settings. 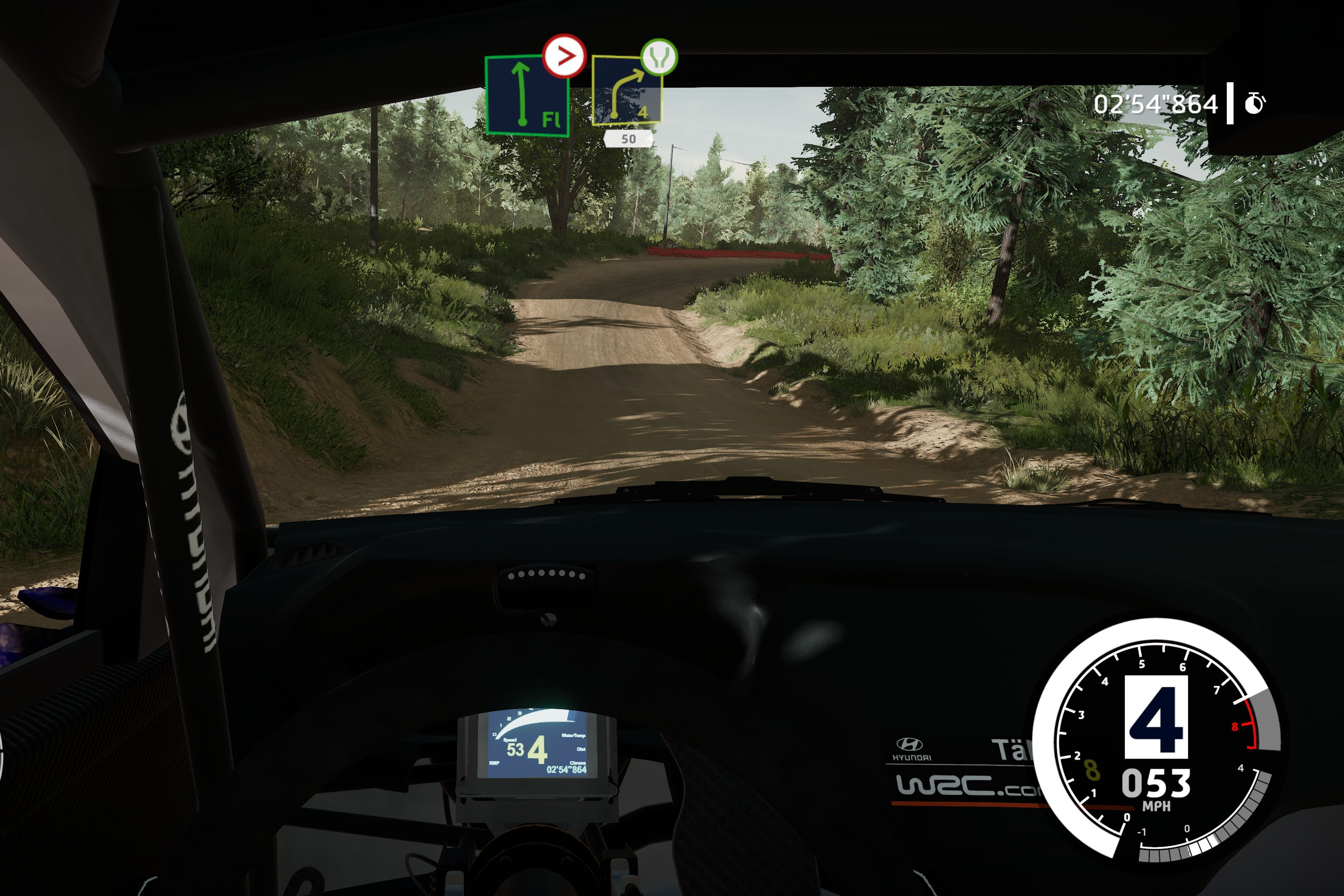 You may be able to notice the weird sound effects during our video preview embedded above and I hope both ailments are simply indicative of a game that isn’t quite finished yet. Take it with a pinch of salt at this stage.

The 50th Anniversary mode, career revisions and the performance of the lower-class WRC 2 and JWRC vehicles are central to the overall experience, and we’ll have to wait until the final version of WRC 10 to test those out. But for now, the new stages are mostly excellent additions to an already solid platform. 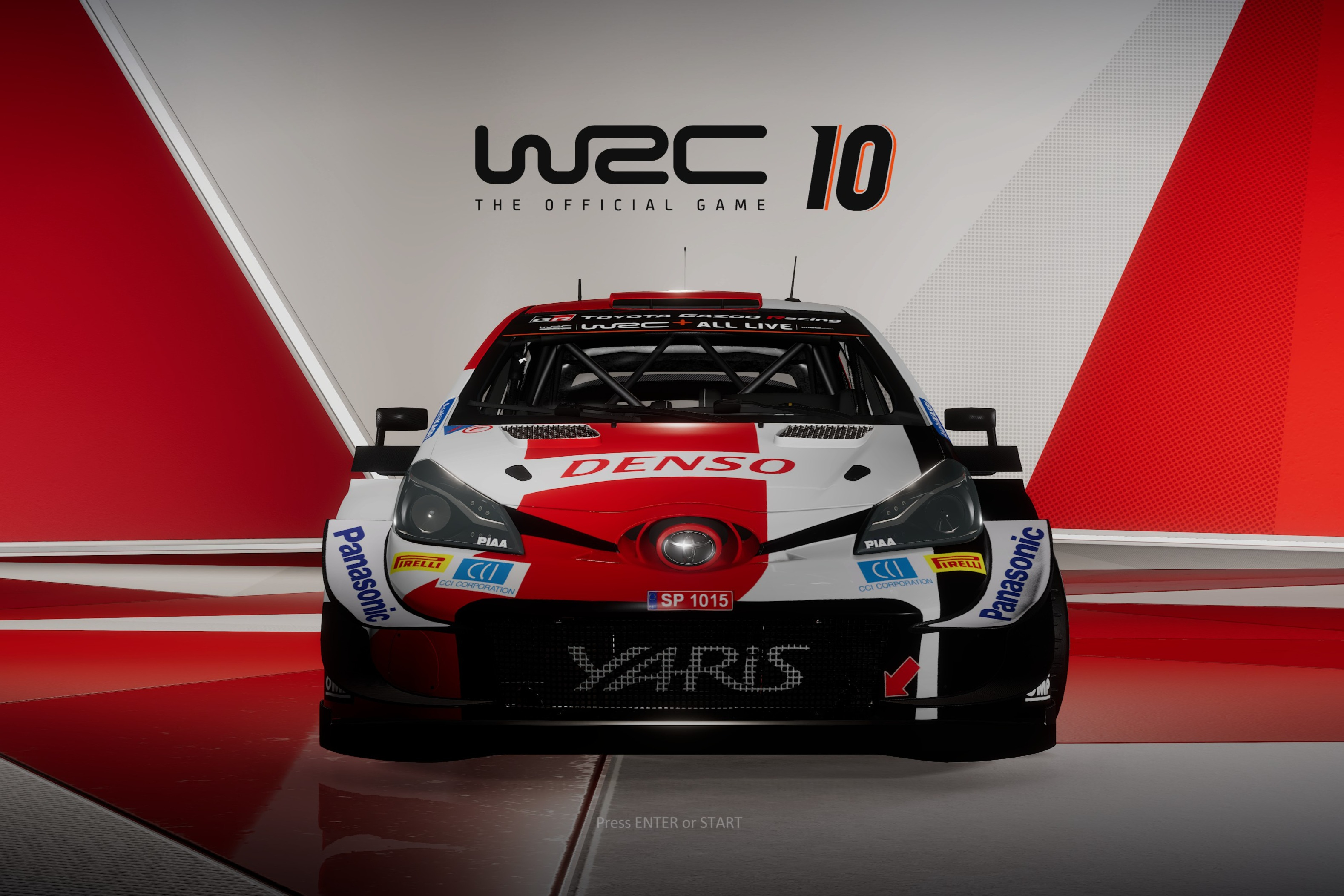 This brief taster does at least have us hankering for more, and on paper, it should be a step forward that’s worth the investment for WRC fans. But my word, I do not want to be part of the team responsible for making so many new stages with such short notice. If all the promised content is there and working from the release date, then hats off to Kylotonn.

WRC 10 launches on 2nd September 2021 for PS4, PS5, Xbox One, Xbox Series and PC, with Nintendo Switch following at a later date.

Hands-on: Why Gran Turismo 7 is a must-have PSVR2 title