The NTT IndyCar Series has confirmed that former series champion and Indy 500 winner Ryan Hunter-Reay will be included in the 31-car field that hits the virtual Michigan International Speedway for Saturday’s third round of the IndyCar iRacing Challenge. 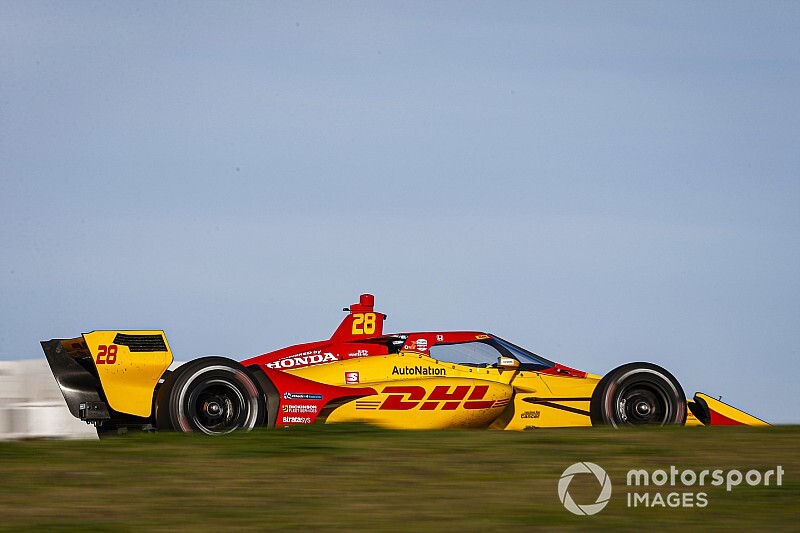 While seven-time NASCAR Cup champion Jimmie Johnson will not be on the grid, after taking part in the opening two rounds, it was confirmed yesterday that Dale Earnhardt Jr. will be taking part.

Other newcomers to the Challenge will be Andretti Autosport-Honda’s Ryan Hunter-Reay and Marco Andretti who will take over their #28 and #98 cars respectively from Scott Speed and Kyle Kirkwood.

Carlin-Chevrolet will have two entrants in the race, as Max Chilton – an ironic participant given his real-life foregoing of all ovals bar the Indianapolis 500 – will join Felipe Nasr,

Like Earnhardt, regular Indy 500 participant James Davison will get an IndyCar provisional slot in the #33 BYRD Tilson entry.

The last time IndyCar raced at the real Michigan International Speedway was in 2007, when five of Saturday’s competitors took part. Tony Kanaan won, beating Andretti to the flag by just 0.06sec, with Hunter-Reay taking sixth, Dixon 10th and Carpenter 14th.

The race will again be broadcast on NBCSN, starting at 2.30pm ET.