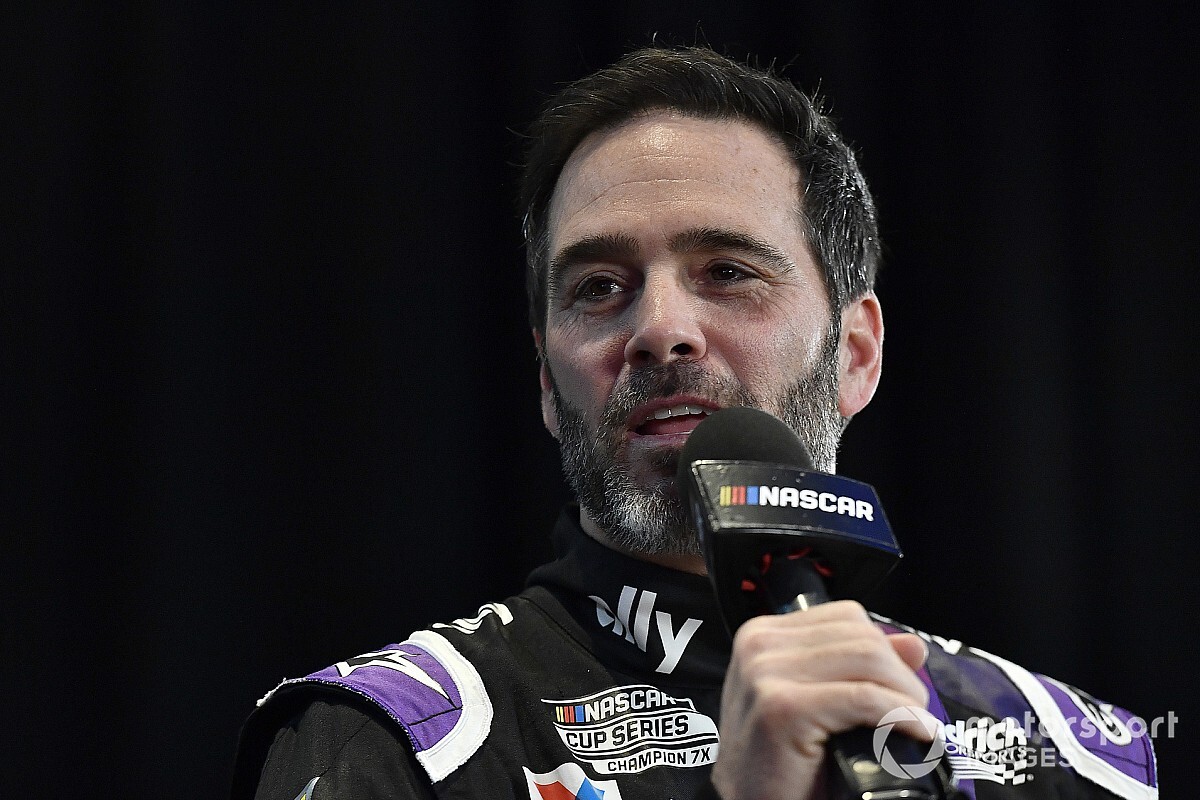 Johnson, who will retire from full-time NASCAR driving at the end of this season, and had been due to test an Arrow McLaren SP-Chevrolet IndyCar at Barber Motorsports Park next month, will pilot a #48 Jimmie Johnson Racing entry.

The race, it has been confirmed, will be held on the Watkins Glen International track, after the public voted for the New York state track over the other finalist, Michigan International Speedway. The race has been named the American Red Cross Grand Prix.

Johnson has never won at Watkins Glen in real life, but is adept at road courses, having won the NASCAR Cup race at Sonoma, and twice finished runner-up in the Rolex 24 Hours at Daytona. He has 83 total Cup wins to his credit.

Jack Harvey and the Meyer Shank Racing team have disappeared from the entrylist since yesterday, when Supercars champion Scott McLaughlin and former Formula 1 driver Scott Speed were confirmed, the former in a Team Penske entry and the latter replacing Marco Andretti in an Andretti Herta car.

The starting lineup will be set in a 10-minute qualifying session prior to the event, but all drivers will run the same car setups, and the race will last approximately 90 minutes. It will be streamed through IndyCar.com and IndyCar’s YouTube and Facebook accounts.

The NBC broadcasting team of Leigh Diffey, Townsend Bell and Paul Tracy will be calling the action. The pre-race activities will be highlighted by iconic national anthem singer Jim Cornelison adding his voice as he has for the past three Indianapolis 500s.

There will be no overall champion but IndyCar will make a donation to one of its partner charities.