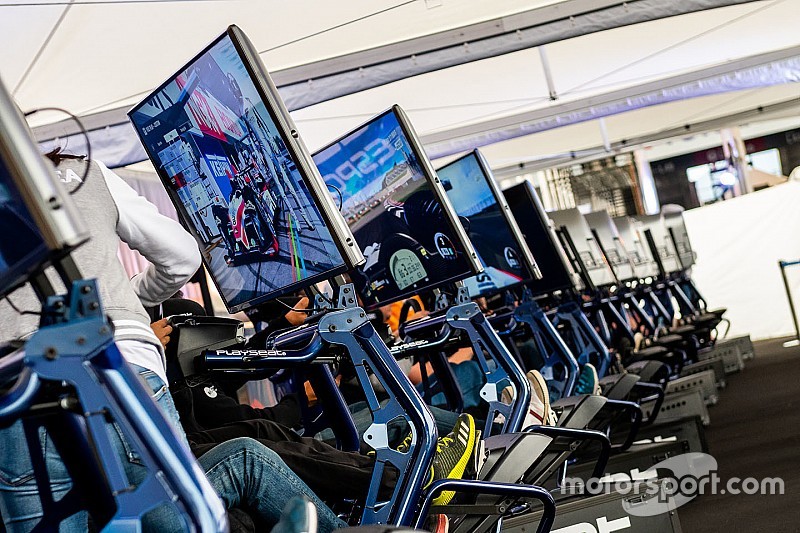 Shoma Takaya dominated from pole position to win the Le Mans Esports Series race on-site at the Fuji circuit and will join Jacob Bowkett and THR Vanquish at the Super Final at Le Mans.

Starting from pole position at the Suzuka circuit in Forza Motorsport 7 after setting the fastest qualification time online, he led into the first turn and had a four second gap to Kamikaze110 after lap 5 of 66.

Takaya, who is part of the Japspeed Racing team, dominated out in front over the course of the two-hour race before taking the chequered flag in first position.

He did have a scary moment on lap 40 after spinning exiting the second Degner Curve just before his second pit stop.

However, he managed to keep the car out of the tyre barrier and still held a lead over second place by the time he got back on the road.

He made other mistakes on his way to victory, which he put down to using a different wheel to what he owns and on-site distractions.

“There were always spectators watching our race,” Takaya told Motorsport.com. “Also there were no headphones, all the sounds of the game were obstructed by engine sound and narration.

“Unusually different force feedback [from the wheel], blocked sound, these are the factors that gave me a lot of mistakes.

“But it was a very exciting race.”

Takaya takes home part of the $10,000 worth of prize money as well as qualifies for the LMES Super Final at Le Mans in June along with Bowkett and THR Vanquish, who qualified through the Europe and America region races for the Fuji round.

Kamikaze110 rose up to third from fifth on the opening two laps and then battled with Shogo Masuda for second place before Masuda started to fall down the order.

Freddie Roberts and Emily Jones were the only two competitors to try to make the race on a two-stop strategy rather than three. However, the pace of the front two drivers kept them ahead after exiting the pits at the end of lap 60, with Roberts completing the podium places in third.

In what was her first competitive race in Forza after qualifying for the event on-site yesterday, Jones dropped down to the back of the pack at the beginning of the race, but quickly made up two positions on the first lap and recovered to fourth after some amazing fuel saving.

Matthew Tait ended his race in fifth after being lapped by Takaya late into the race, a result he was pleased with overall, with Masuda eventually finishing sixth.

Qualifying for the Shanghai round opens up on November 3rd. More information can be found on https://www.lemansesports.com/en/